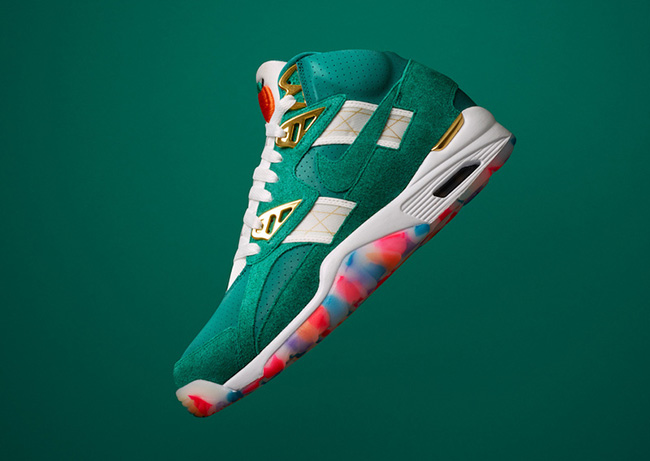 Nike Sportswear will pay respect to the 1996 Olympic Games that were held in Atlanta. While we have seen many Olympic retro releases using a patriotic theme, the latest addition will have a twist but still celebrates the 20th Anniversary. Shown is the Nike Air Trainer SC High ‘Atlanta Olympics’ that will launch in July.

This Nike Air Trainer SC High will feature a shade of Green inspired by the Atlanta games’ official branding which is seen across the uppers while constructed with leather and suede. Representing first place, Gold accents are used on the branding, eyelets and around the heel. On one of the tongues is a peach which also pays respect to the Atlanta. A Laurel Wreath then wraps the Nike branding on the insoles and heels. Other details include multicolor confetti exposed through the translucent outsole and 3M reflective material hinted through the base.

Below are the official images of the Nike Air Trainer SC High Atlanta Olympics. At the time of writing, they are set to release at Nike Sportswear retailers on August 5th, 2016.

Update: Nike has pushed back the release of the Nike Air Trainer SC High ‘ATL 96 Olympics’ which will now debut on August 5th. 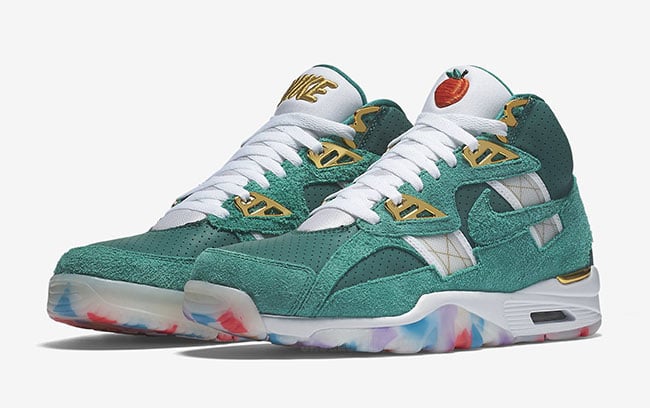 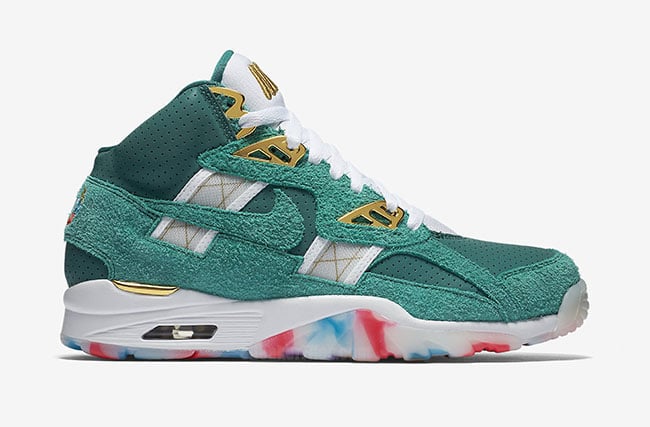 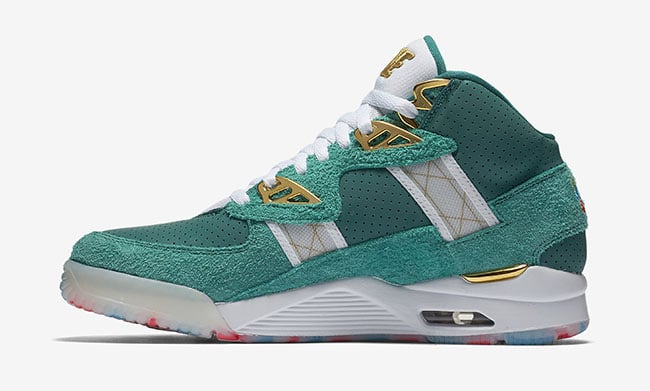 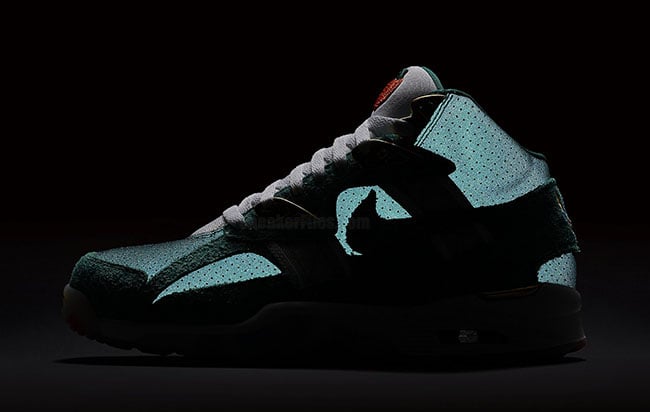 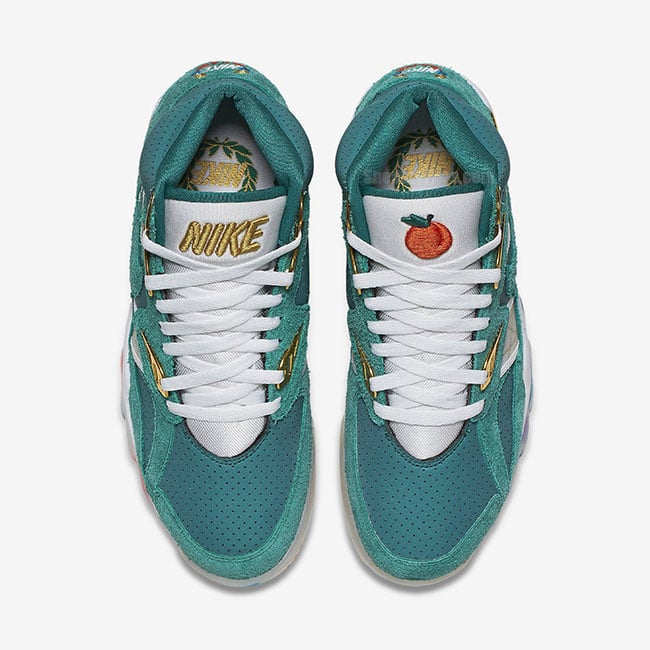 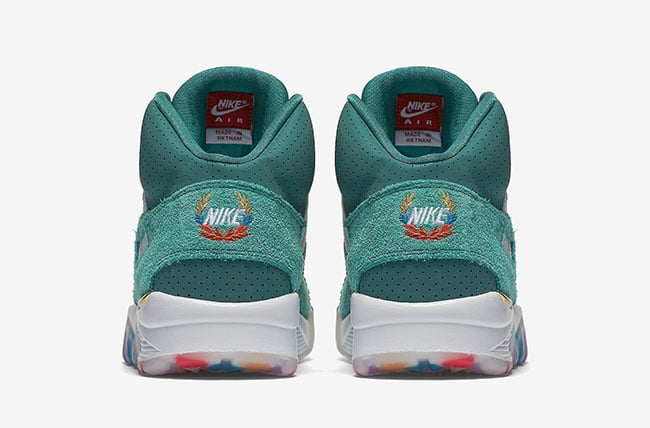 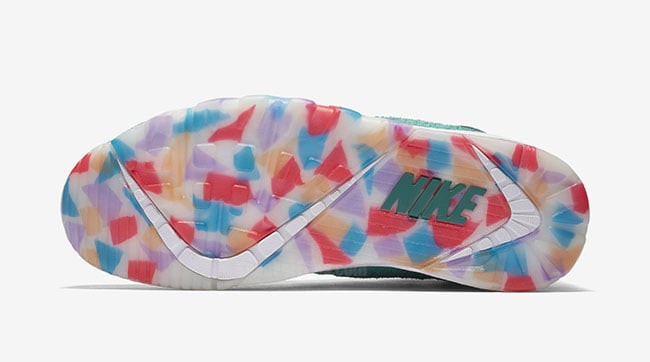