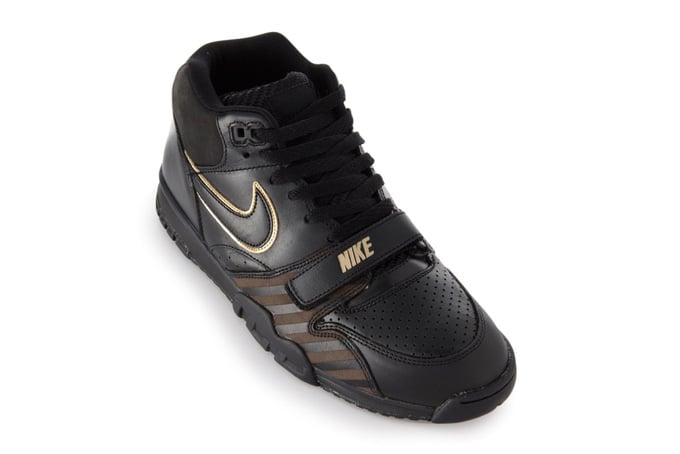 Crooked Tongues provides another look at the Nike Air Trainer 1 Mid BB51 Pack as the black and Vachetta Tan colorways are now available from the UK-based retailer and due out here in the US on September 21 for $110 each.

We’ll never miss the opportunity to write about a Nike Air Trainer 1. Just in case you were distracted by the slew of Safaris throughout the last season, it’s also this shoe’s 25th birthday this year. The shoe inspired by the YMCA (motorcycle cop, cowboy, Native American, cowboy and biker alike can all wear them — it’s versatile like that) has been aped plenty of times and we’ve lost count of the copycats, but the forefoot support and Velcro strap makes it a flawless piece of design. We think the variants of this model and remixes haven’t ruined the legacy either — the clay sole versions we saw McEnroe wear after he decided he wanted to play in a shoe that was intended for multi-gym disciplines rather than tennis, the Zoom Trainer 1 (one of the most underrated shoes of the last decade), the First Take editions that restored what was impossible to manufacture in 1987, the SB editions, Savier’s skate-centric homage and the recent spate of updates that were focused on football and boxing all have merits.

Then there’s the dynasty of Cross Training this design spawned. If it was good enough for Cash Money and McEnroe, it’s more than good enough for us. If you apply the question “What would Bill Bowerman do?” to certain shoes, it’s clear that the legendarily tempestuous Nike co-founder and design maverick would probably unleash a gasface that even Michel Roux Jr wouldn’t be able to match. He probably would have approved of Air Trainer 1’s versatility and looks that seem to be the byproduct of total functionality. So it’s appropriate that these Quickstrike Air Trainers pay homage to Bowerman with a ‘BB51’ representing his initials and college football number. These makeups are a little fancy with their texture and embossing, but shorn of the fancy stuff, we can’t help but think that the lighter of these two colourways has some old school Foot Locker Limited Edition flavour to it. Both colourways are in the Crooked Tongues store right now. 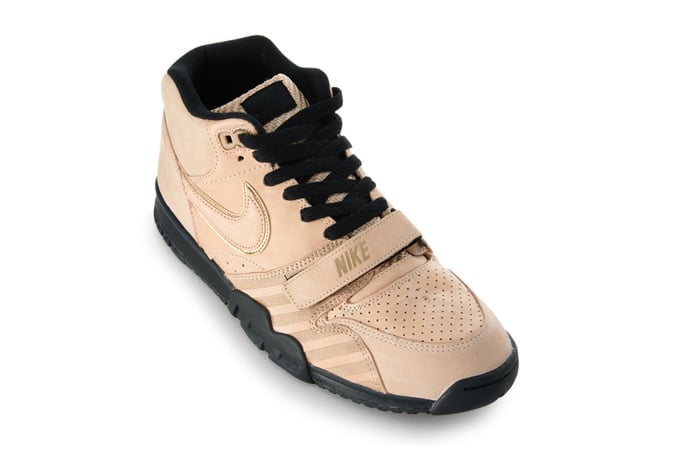