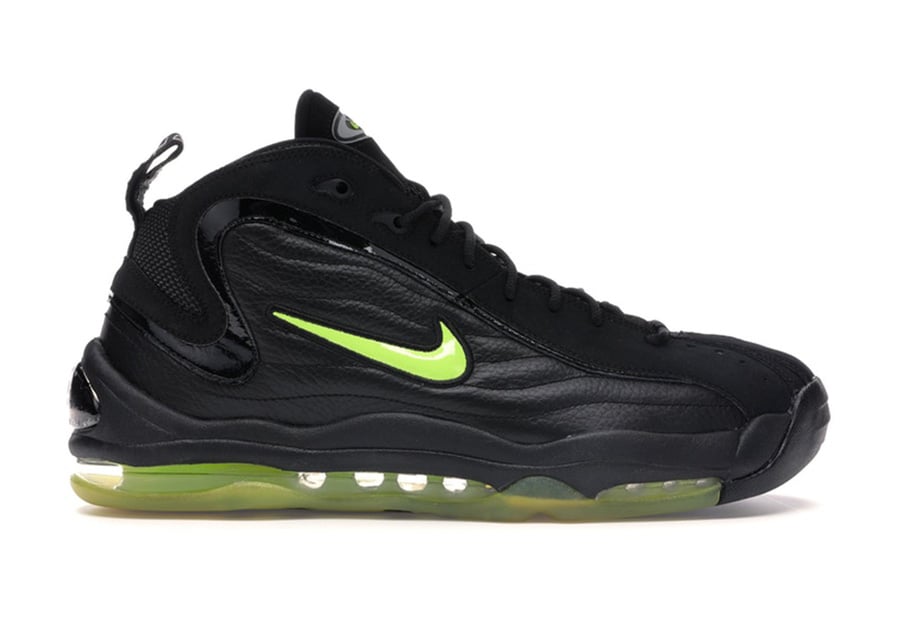 2020 will bring us some classic Nike Basketball models and one of those that are scheduled to release is the Nike Air Total Max Uptempo.

The model was originally worn by none other than Reggie Miller, David Robinson and Vince Carter. Originally releasing in 1997, the last time we saw a retro was in 2010. However it was 2009 that we saw the OG Black and Volt debut.

While a specific colorway has yet to be announced, we are expecting the Black and Volt pair to launch. This Nike Air Total Max Uptempo features mostly Black throughout while the large Air Max unit will come in Volt as well as the Swoosh. Although the last retro release was nice, many complained that the Air Max unit wasn’t as big as the original so lets hope Nike gets it right this time around.

Currently specific colorways and release dates for the upcoming Nike Air Total Max Uptempo Retro is unknown, however once we receive additional information we will make sure to update. For now you can see more images of the model which will give you a closer look.