By Brian Betschart
May 4, 2015
In
NikeNike Retro 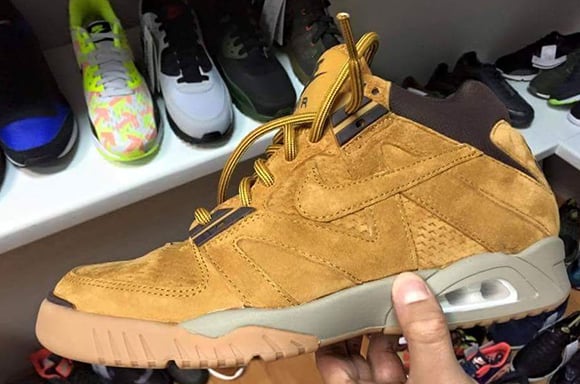 Since Nike has been re-releasing the Air Tech Challenge 3, they have had a casual feel, unlike the original release which was meant for tennis. The brand will take it a step further with a wheat edition of the shoes.

Here is our first look at the Wheat Nike Air Tech Challenge 3. Suede wheat uppers are present while taking on a Timberland boot approach is the use of rope laces.

More than likely the name of the shoes might slightly change, with the addition of ‘sneakerboot’ somewhere. As of now a release date for the Nike Air Tech Challenge 3 ‘Wheat’ has yet to be announced but stay tuned for more updates.