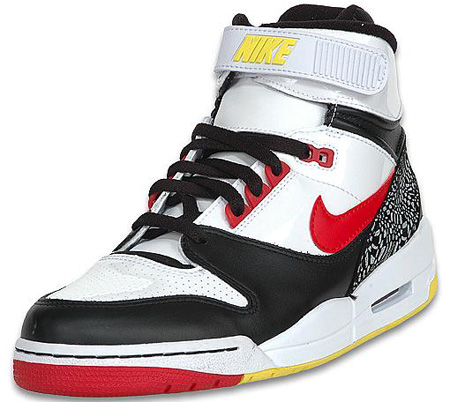 When the Nike Air Revolution High first hit in 1988, a lot of criticism was brought on due to its marketing campaign. But, the Air Revolution was one of the first Basketball sneakers containing a visible air bubble.

After the original release, the Nike Air Revolution has been Retro’ed. Two color schemes so far released in 2008, this pair containing White, Black, Red, Yellow. Available now at Finishline for $94.99.