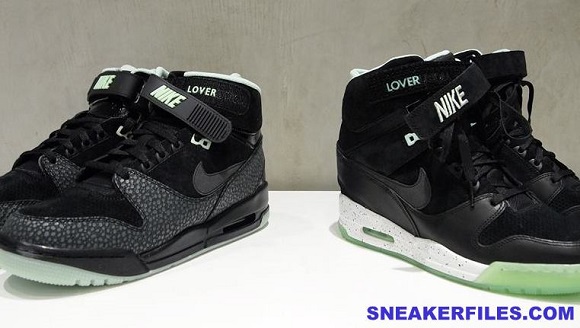 The Nike Air Revolution Retro “His & Hers” pack features a Nike Air Revolution Retro for the fellas and a Nike Air Revolution Sky Hi for the ladies, both of which are draped in a black/mint colorway reminiscent of the “Green Glow” Air Jordan IV set to release later this year (a black version, at least). The Men’s pair features a black safari print on the upper, which sits atop an all-black midsole and mint outsole, while the Sky Hi version features an all-black suede/leather upper atop a speckled white midsole and mint outsole. Each pair features the word “Lover” under the shoe’s strap, leading us to wonder what exactly the inspiration was behind this pack. Available now in Asia, there is no word yet on when (or if) these are releasing stateside, but keep it locked with Sneakerfiles.com, as we’ll be sure to bring you any updates.

Hit the jump for a few more pics of this crazy twosome, and let us know below, would you cop a pair if these dropped in the US? 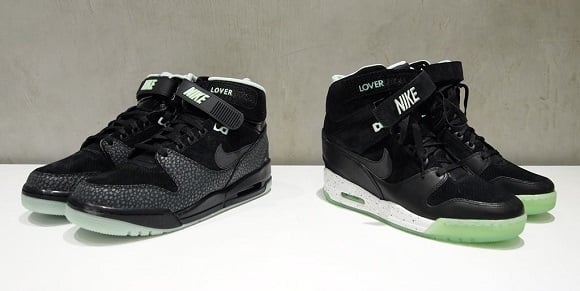 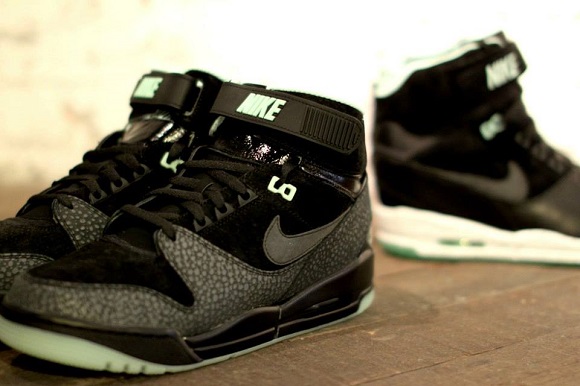 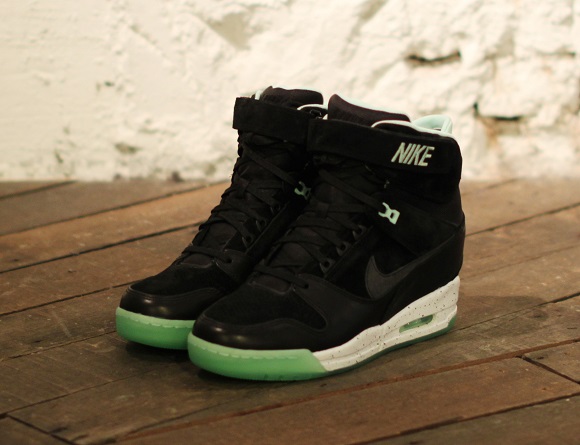