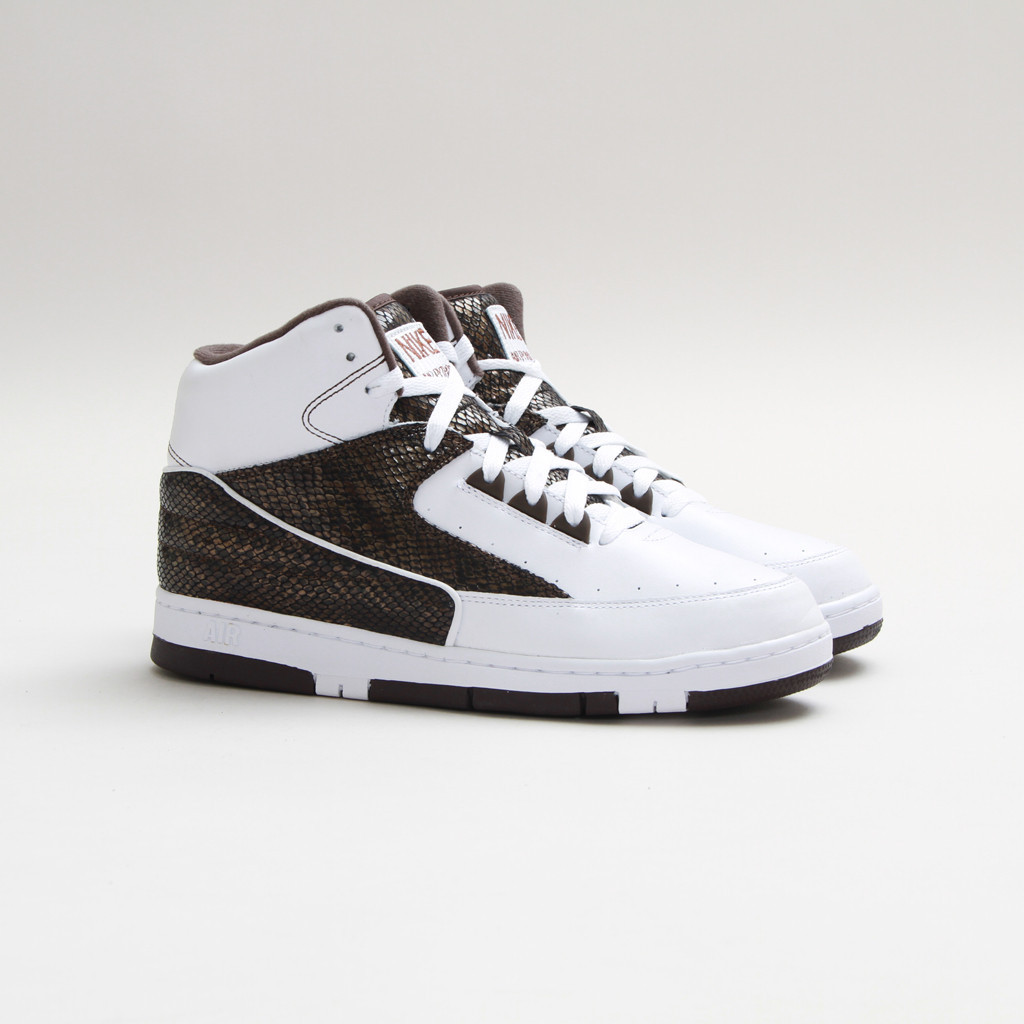 After an initial return of the Nike Air Python several months ago with September’s release of the “White/Metallic Silver” iteration, word has just hit the scene of its second release.

What’s literally right around the corner, this weekend will welcome the classic basketball style in its OG white and baroque brown colorway. Decked out with white leather uppers, its body is complete with snakeskin detailing and minimal branding.

A limited edition release, the Nike Air Python Lux SP “White/White-Baroque Brown” will debut at a retail price of $150 at participating locations like Concepts. 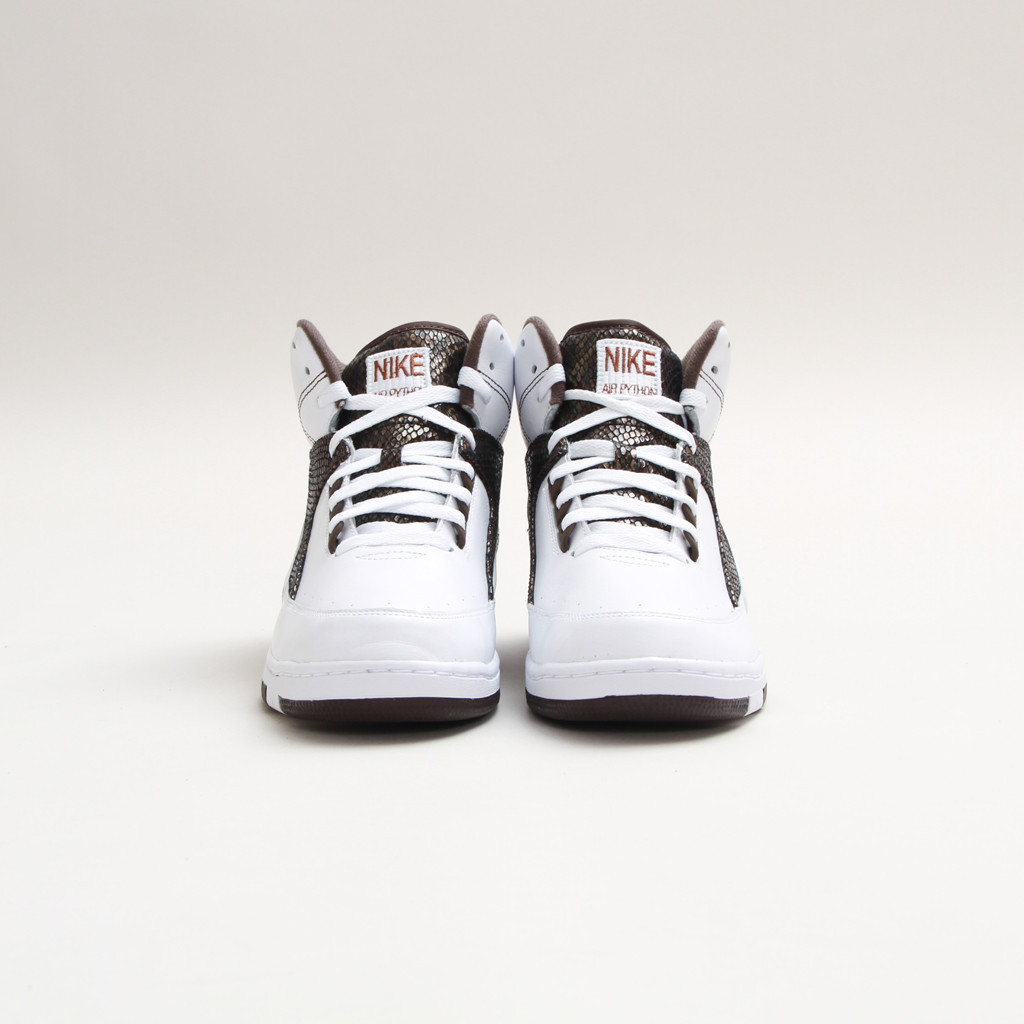 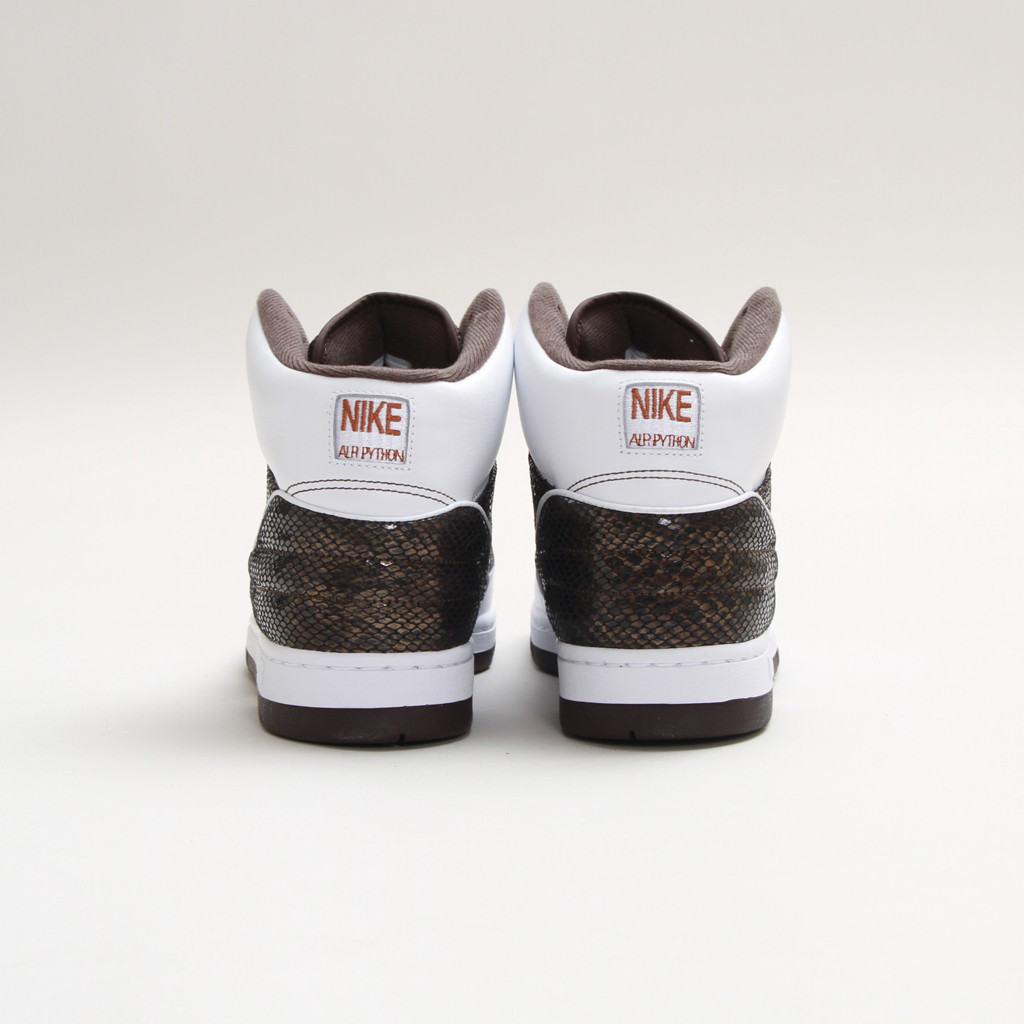