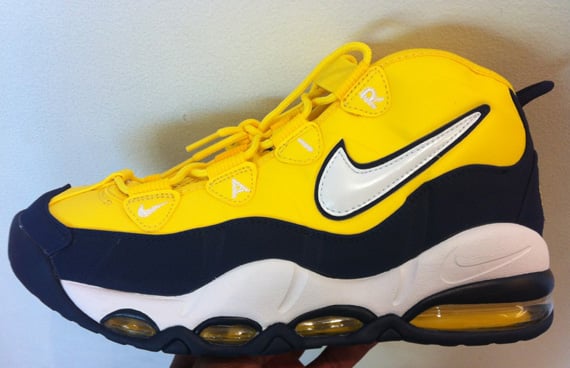 Having already dropped in a couple of colorways recently, the 2012 retro of the Air Max Tempo is set to receive a Michigan Wolverines makeover for later this year.

Featuring the usual nubuck upper and ’90s basketball styling, the kicks rock a Tour Yellow/White-Midnight Navy colorway with yellow and navy hitting the upper while white accents appear on the midsole, Swoosh and Air branding along the eyestay.

Be on the lookout for these to hit Nike Basketball retailers later this year for $165. 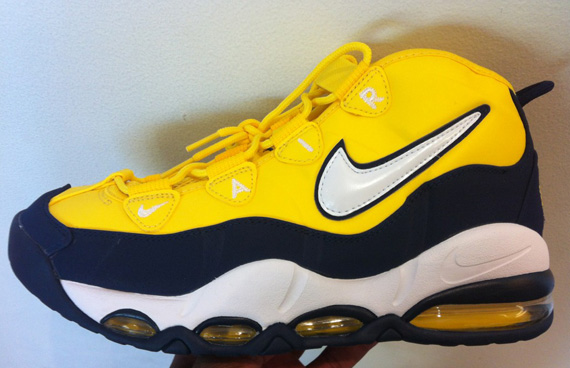