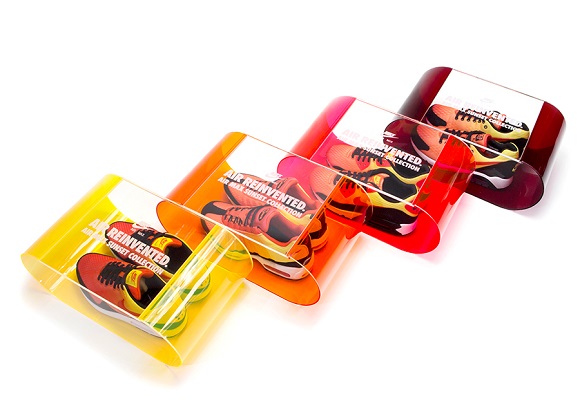 Sneakerheads in New York and San Francisco awaiting the Nike Air Max “Sunset Pack”, prepare to be very happy; Nike, with the help of New York Knicks power forward Amare Stoudamire and San Francisco 49ers quarterback Colin Kaepernick, are holding an Air Max Hunt in the 2 cities on May 23rd, giving sneakerheads a chance to win pairs from this highly-anticipated pack, including the Air Max 1 EM, Air Max 90 EM, Air Max 95 EM, and the Air 180 EM.

People in NY will need to follow Stoudamire(@amareisreal) and those in SF will need to keep it locked on Kaepernick’s feed (@kaepernick7), as both stars will tweet 5 clues on the day of the contest, either on Instagram or Twitter, each clue directing participants to a different location. After arriving at the location and accumulating the needed NikeFuel points on their Nike FuelBands, each winner will receive a pair of Air Max sneakers.

Wait… NikeFuel points… FuelBands… Huh? What if I don’t ha… Hold it right there, partner; Nike’s got you covered! If you happen to not own a Nike FuelBand, which, by the way, is a necessary requirement to joining the Hunt, all hope is not lost. The first 20 people to make it to the first location provided by their city’s respective star will receive a free Nike FuelBand, so long as they’re following the feed of their respective city’s Niketown (@NikeNYC or @NikeSF, respectively), @21Mercer, and either Kaepernick or Stoudamire, depending on which city they’re in. The rest of you non-Fuel Band-owning cats are out of luck and might as well stay home, unless you like running around, searching for clues in sweltering heat; then, by all means…

By the way, only four of the locations will lead to free pairs of Air Max’s, contrary to what some sneaker sites are reporting. The first location is only for the free FuelBand. For the final 4 locations given out by Kaepernick and Stoudamire, that location’s Air Max will be rewarded to the first 10 participants to arrive. So, each location will only have one of the 4 shoes that make up the “Sunset Pack”.

It is possible for you to collect all 4 pairs, as long as you’re one of the first 10 people to arrive at each location, so make sure to keep it locked on your respective star’s Twitter and Instagram accounts, and be ready to run, run, run! The rest of the info you’ll need to join the hunt can be found here.

Will you be joining the hunt on May 23rd? Making the trip from out of town to be able to participate? Would you never be caught dead running around in the heat for a pair of sneakers? Let us know in the comments below! And for those brave souls taking part in this wacky contest, may the Force be with you, and good luck to all! 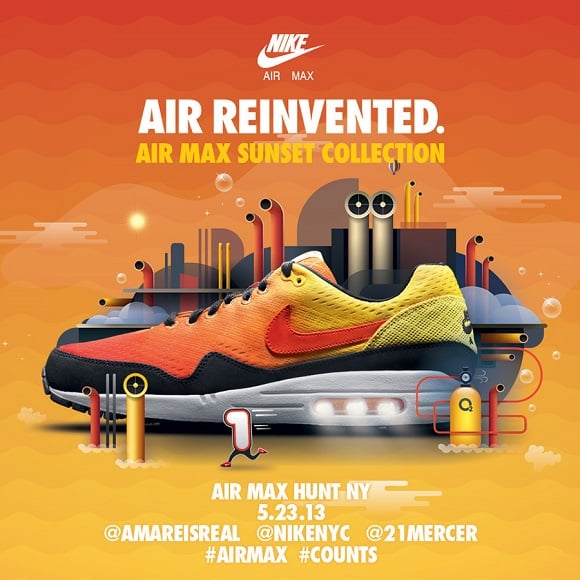 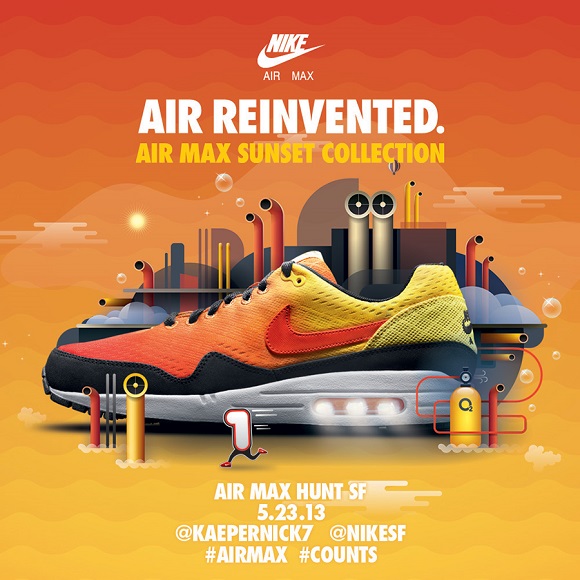