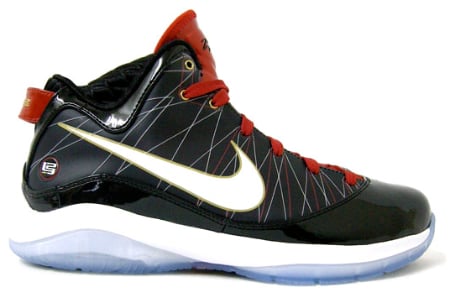 A few weeks ago, we showcased detailed images of the White/Sport Red-Black colorway of the Nike Lebron VII P.S. (Post Season), and we now have a new style of the same model to share. This time around, the sneaker hosts a black upper with sport red accents seen on the tongue, flywire, and heel tab, while metallic gold accents are visible via the midpanel swoosh outline and the miniature swoosh on the tongue. In addition, white accents are placed on the midsole and swoosh, and the sole hosts a clean, translucent blue look. The Nike Air Max LeBron VII (7) P.S. – Black/Red-Gold is expected to hit retailers in late April 2010. 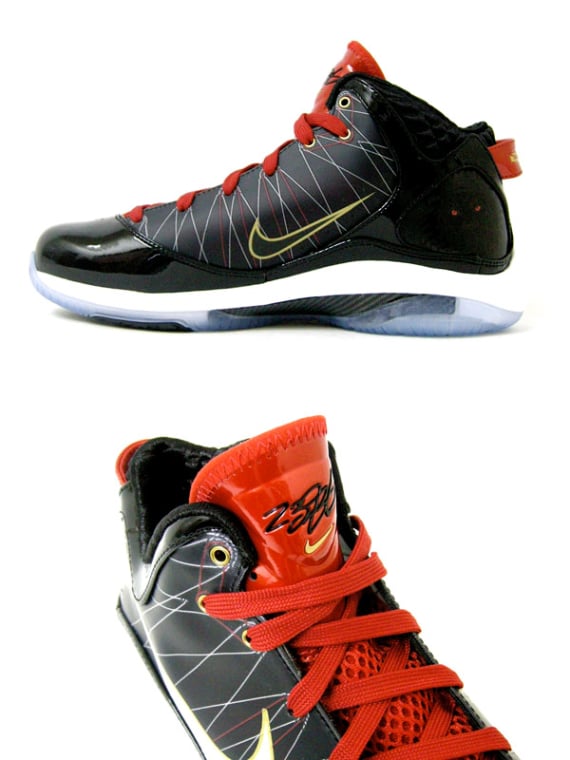 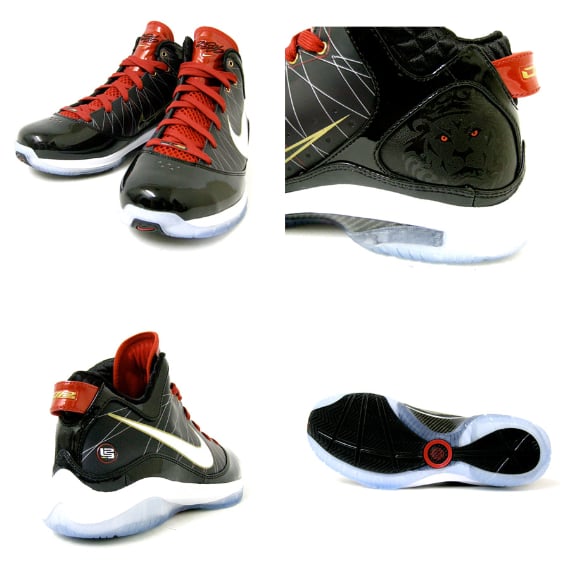 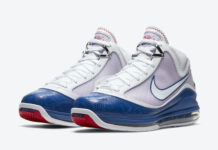