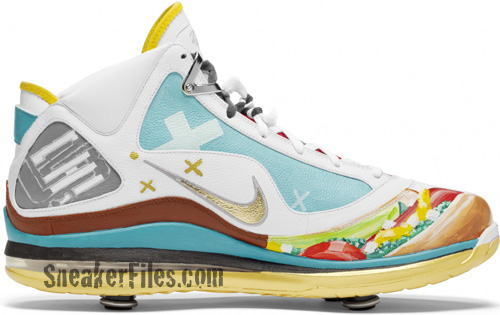 A native of Chicago, Zimmermann has achieved national and international recognition for his large-scale murals featuring painted images of contemporary pop-culture and sensitively rendered portraits. Zimmermann’s pop-culture references range from innocuous consumer products such as beer cans, hard candy rings, and high heeled shoes, to more symbolically-charged images like portraits of political figures. The artist’s background as a graphic designer explains his shrewd use of flashy and graphic forms.

Zimmerman was inspired by James’ achievements on and off the court. He wanted the shoes to express LeBron’s positive energy through color and motion. To represent Chicago, Zimmerman wove in the Chicago city flag. For a bit of levity, Zimmerman added “a Chicago-style hot dog symbolizing the fun that amateurs have trying to be a ‘hot dog’ on the court.” He included a worn-in Nike swoosh to represent the idea that “experience, plus practice and hard work, make us who we are. “ 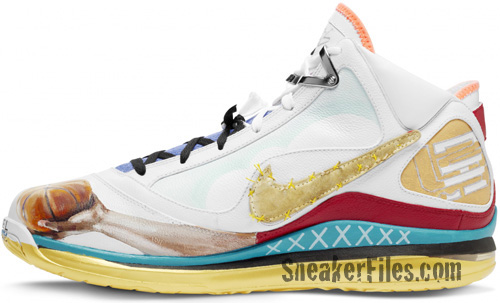 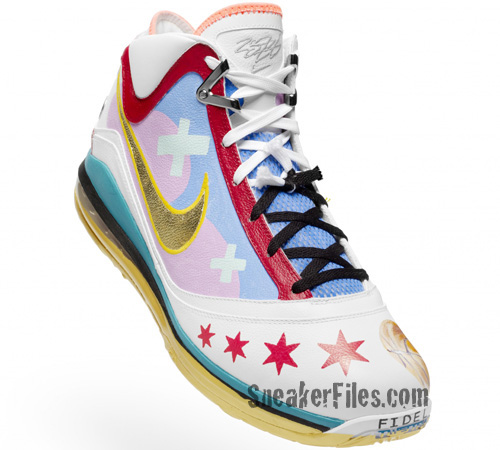 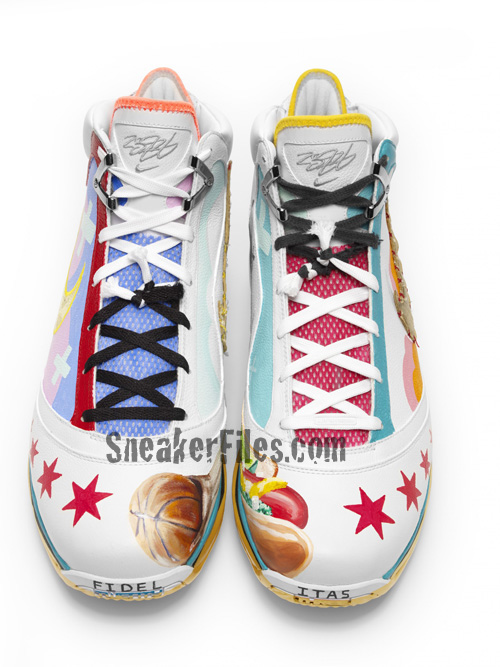 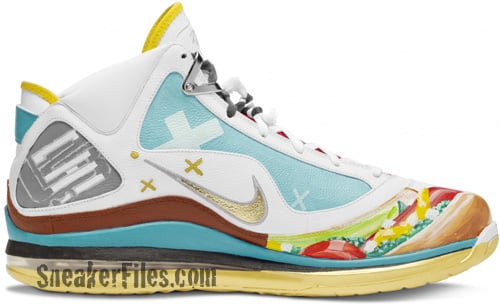 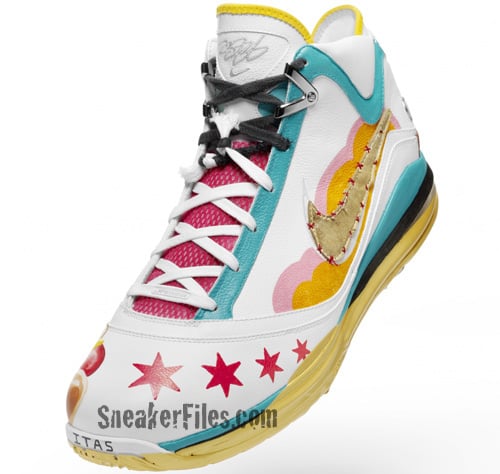 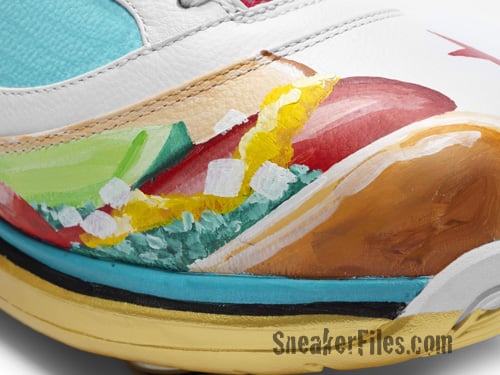 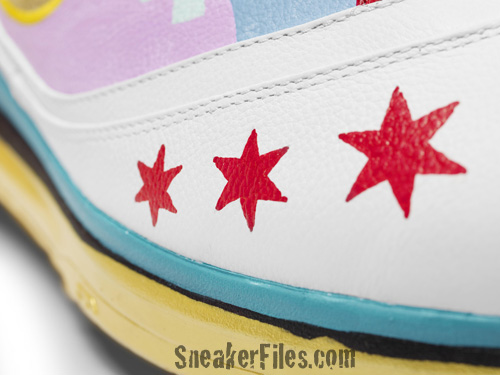 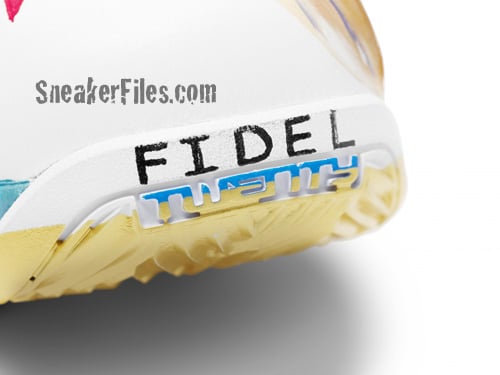 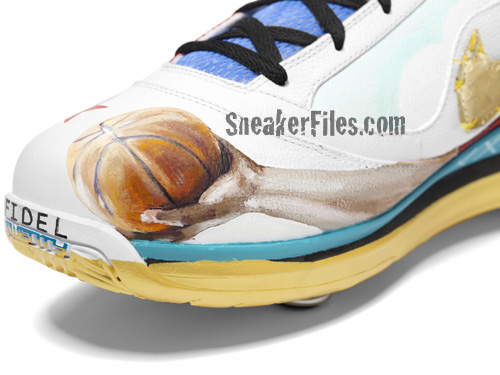