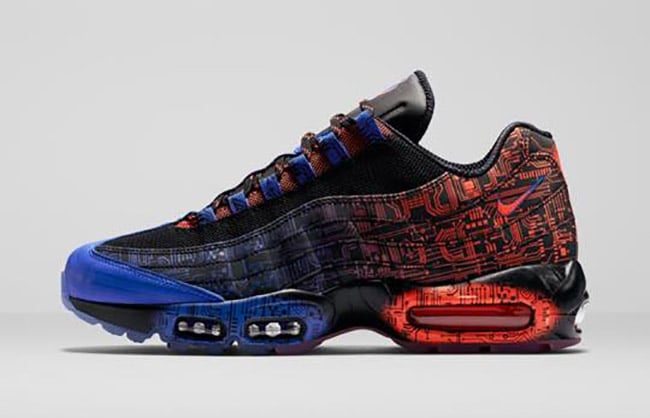 The Nike Air Max 95 ‘Doernbecher’ has a release date lined up for November 21st, 2015 and will retail at $170. The 2015 edition is designed by Jacob Burris, the second time the AM95 has been included in the Doernbecher series. All proceeds from the collection will go to the OHSU Doernbecher Children’s Hospital.

On the outside, Jacob looks like any other 14-year-old. He plays baseball, practices the drums and loves to play with his pet hamster, Jamal. But on the inside, a Dacron tube holds Jacob’s aorta together in order to keep his heart pumping strong. This treatment for his rare heart condition, coarctation (a disconnect of the aorta), has earned Jacob the nickname: The Bionic Boy, from his family. It has also inspired him to raise awareness about heart health.

“High blood pressure was the only symptom I had and if it had gone undetected I could have died,” Jacob explains. “That’s why I want everyone to get their blood pressure checked.”

Jacob has turned his AIR MAX 95 PREMIUM into a public service announcement of the most creative kind. The tongue reminds you to CHECK YOUR BP,” accompanied by a heart made out of Jacob’s thumbprint. “I was thinking that it could help a lot of people,” he says.

Other cool features in Jacob’s design include a circuit-board pattern (since he’s bionic, after all), a heart graphic under the heel and a proclamation: I WALK TO MY OWN BEAT on the sockliner. As for the red and blue palette, that’s a nod to Jacob’s favorite superhero: Spider-Man.

“Spider-Man does the right thing, no matter what. I think that’s super awesome,” Jacob says. And Jacob’s not the only one who thinks so: Spider-Man’s creator, Stan Lee, has lent his signature to Jacob’s shoe. After the two met at a comic book convention, Jacob asked the legendary comic book writer if he would lend his name to a good cause and Lee was happy to oblige.

After his first experience as a designer, working with a team to create his custom shoe, Jacob says he’d like to try his hand at designing video games — especially the kind where you choose your own storyline. “I like games that keep going, where you can achieve your own goals,” he says.

“I walk to my own beat and so does my heart,” Jacob confirms. “During a routine checkup, I learned that I needed to have heart surgery to repair my aorta. It wasn’t easy, but when the going gets rough you just have to look forward and be true to who you are. Just be you. Just be amazing.”

Jacob Burris ‘Doernbecher’ Nike Air Max 95 will land at Nike retailers on November 21st, 2015. For a full list of stores that you can purchase them at and additional photos, see below. Retail price has been set at $170. Let us know what you think by leaving a comment.

Where to buy the Nike Air Max 95 Doernbecher

The ‘Dorenbecher’ Nike Air Max 95 will be available to purchase at NikeStore.com and the various Nike Towns located across the United States. Other stores like Shoe Palace and Villa locations will have limited sizing available. 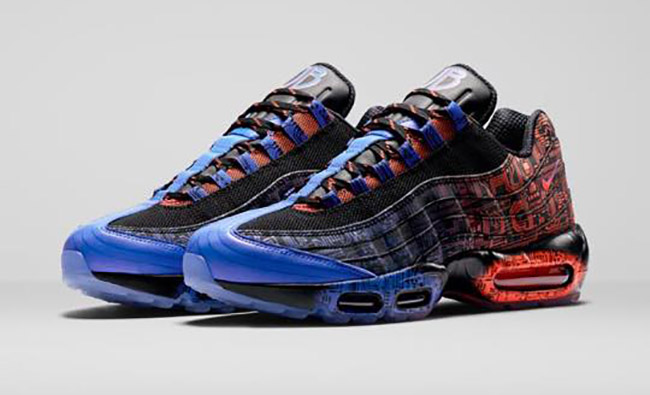 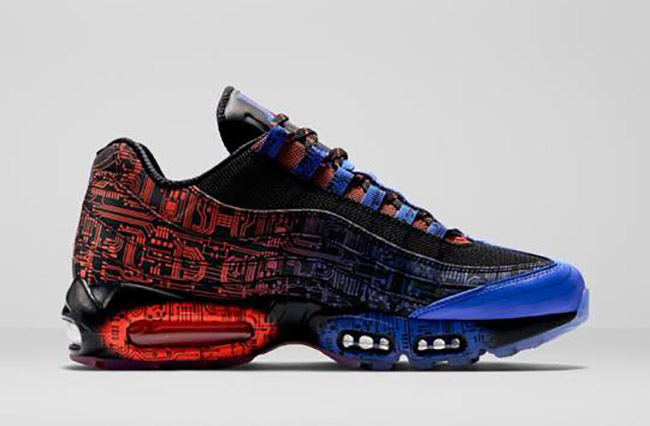 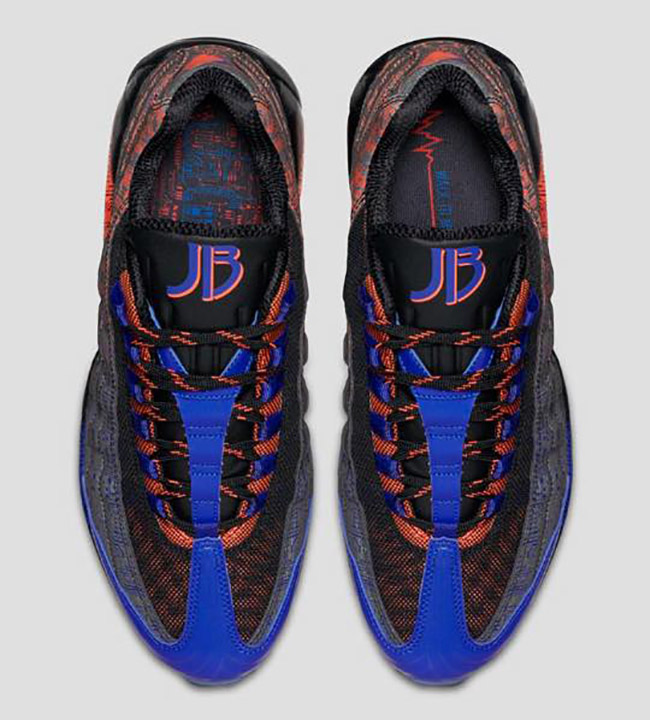 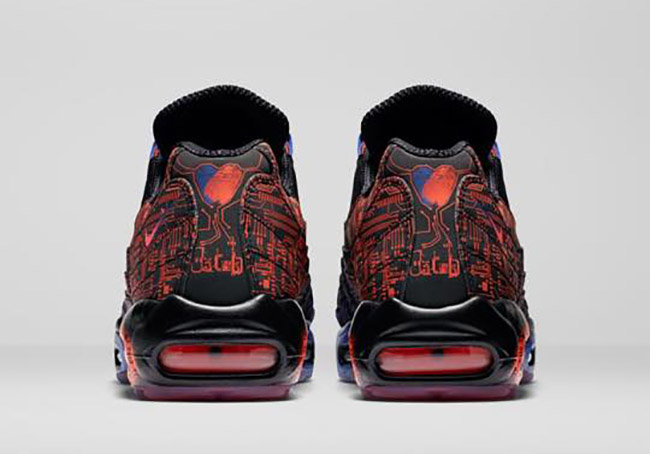 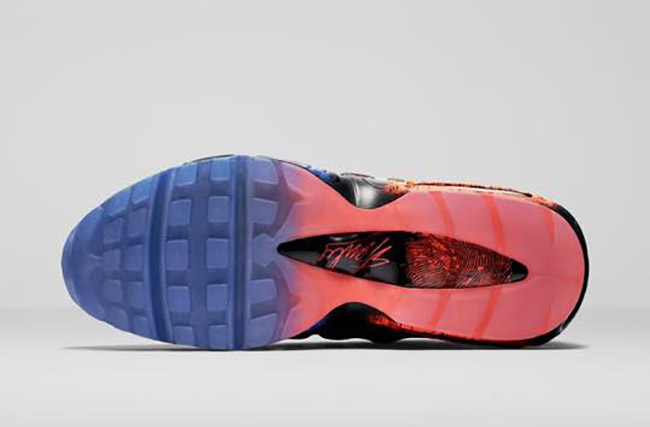 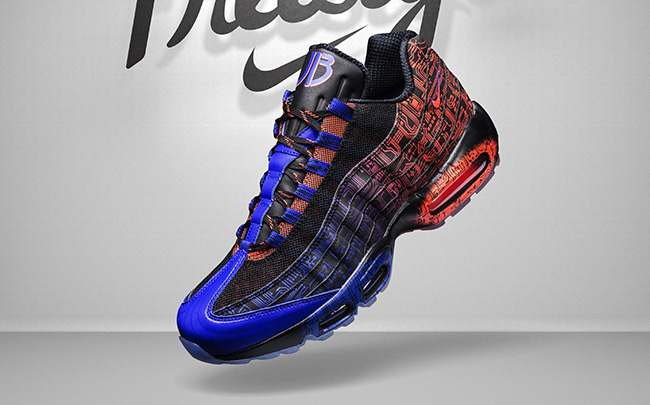 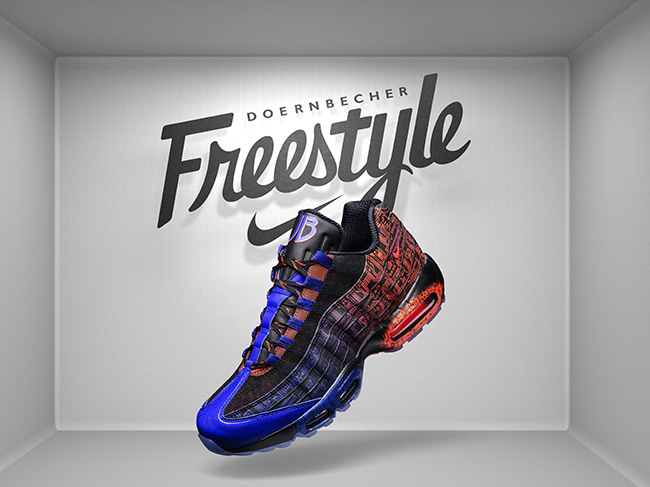 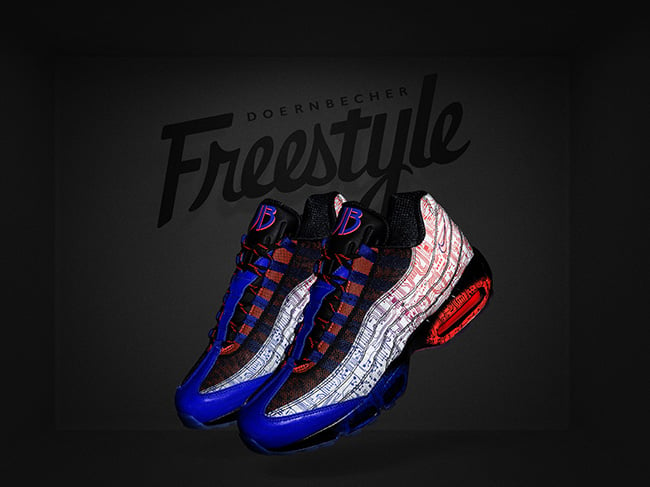 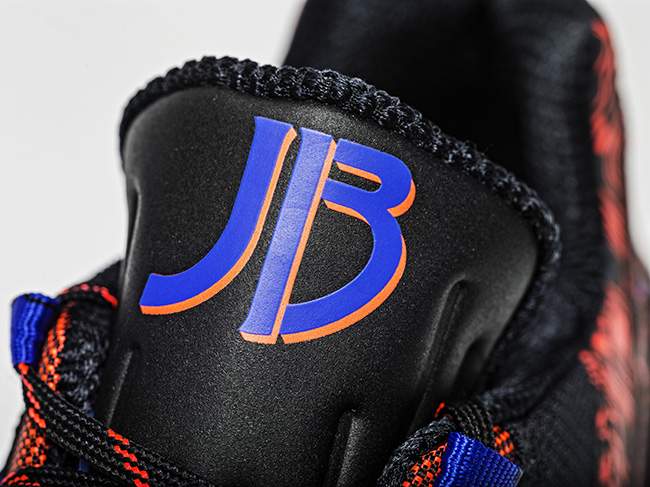 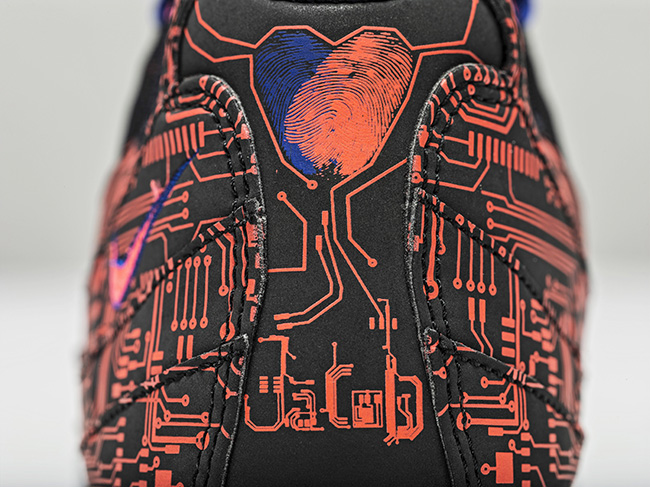 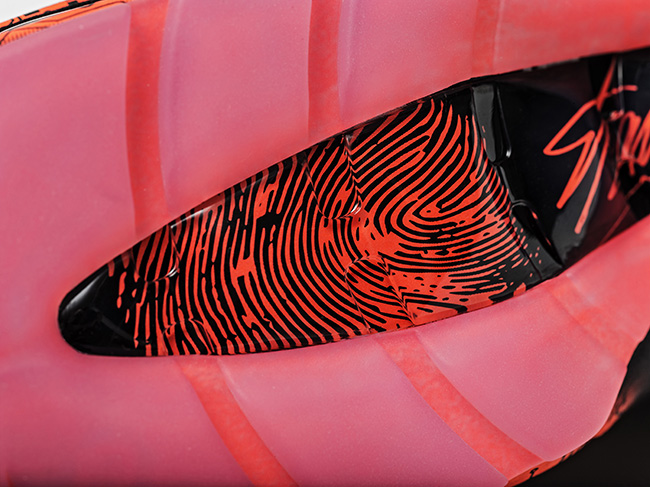 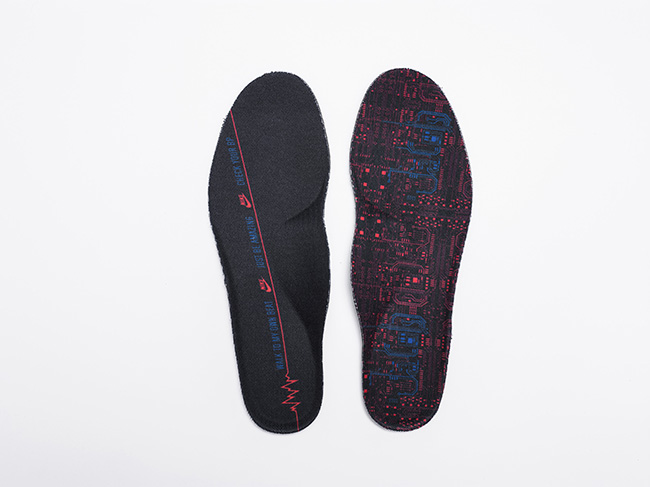 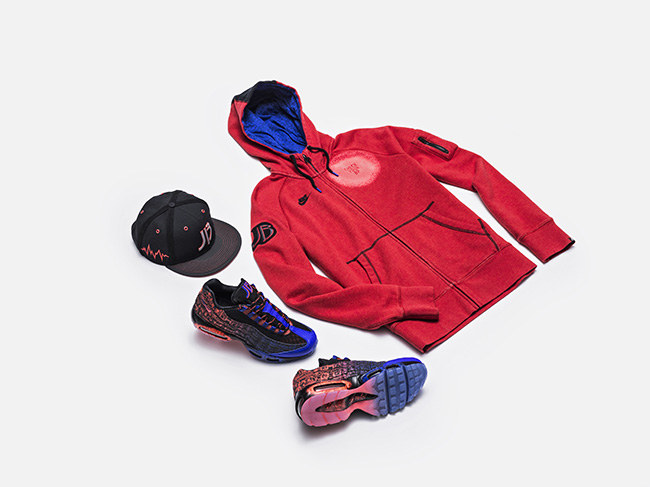