Although Nike has not labeled pairs of the Air Max 90 as apart of the 25th anniversary of the shoe, we as sneakerheads know. We are sure they will roll out some sort of labels soon but in the meantime the AM90s continue to roll out. Two new pairs made for women should be hitting retailers soon which make up for an ‘Air Brush’ pack.

As mentioned, the two Women’s Nike Air Max 90s feature a few things in common. One and the most obvious is the metallic silver used on the uppers and have air brushings along the mudguard. What sets them apart is the colors used, one pair features pink and red blotched together (pink on the liner) while the other comes in teal and blue.

At the time of writing a specific release date for either pair apart of the Nike Air Max 90 Women’s ‘Air Brush’ pack was not announced but should arrive in the next couple of weeks or so. 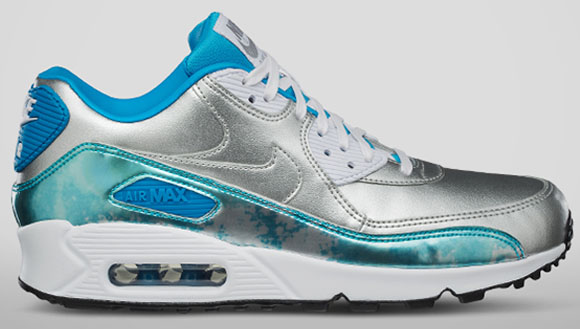 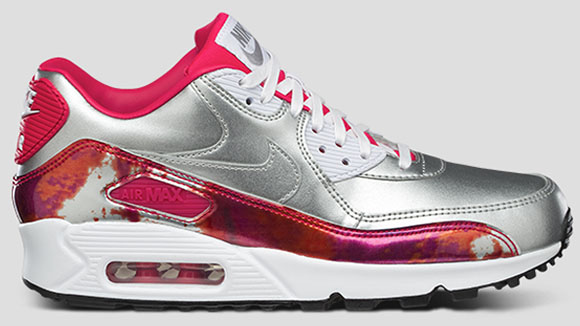