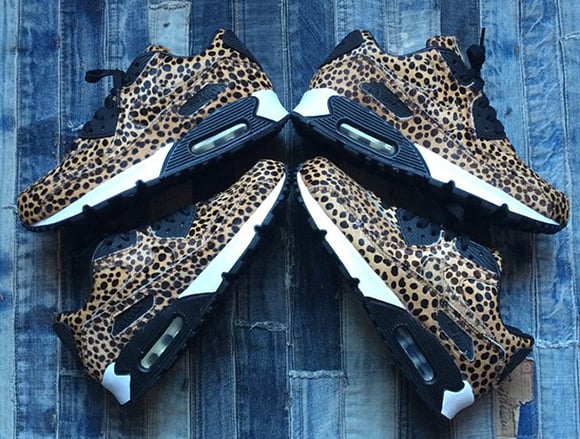 2015 Nike and the Air Max 90 will be celebrating it’s 25th anniversary so you can expect us, the consumer to celebrate also in a big way. They already have a lot of pairs planned and add one more featuring cheetah print and pony hair.

The Air Max 90 has one of the most exotic looks so far using pony hair on the uppers in camel while cheetah print is placed across it. Black hits most of the tooling while white lands on the midsole.

As you probably expected a release date is unknown for now on the Nike Air Max 90 Cheetah Print and Pony Hair, but we will sure keep you in the loop on future information. 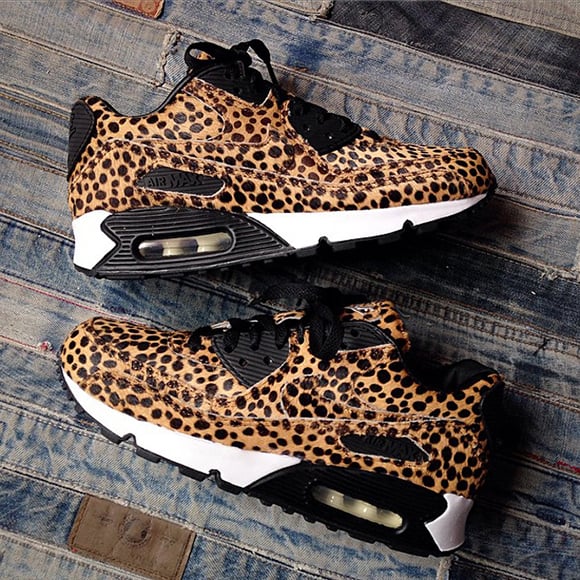