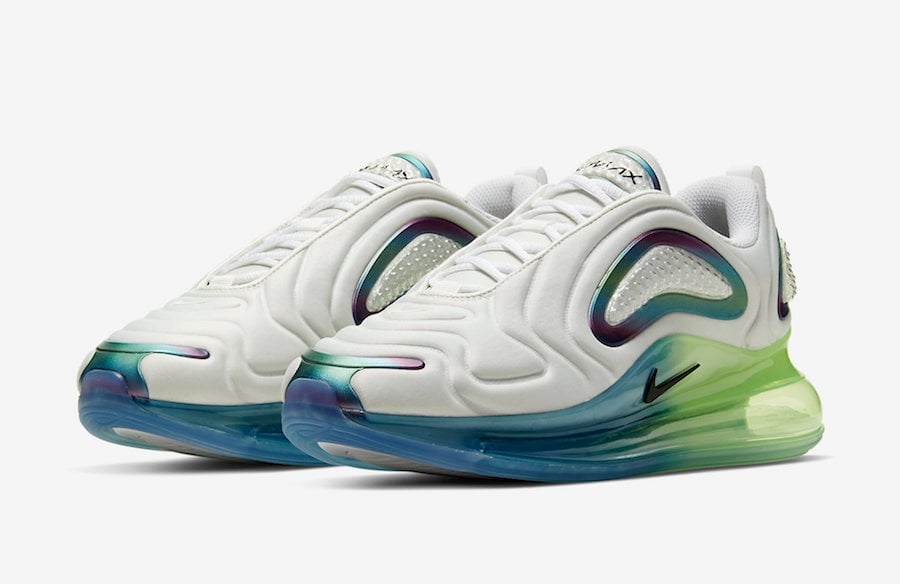 Nike is releasing a new Pack which celebrates the 30th Anniversary of the Air Max 90 and is known as the Air Max Bubble Pack. One of the models included is the Air Max 720.

The pack derives its inspiration from bubble wrap — a play on Nike Air — employing a layered air bubble aesthetic for an iridescent effect. As you can see this Nike Air Max 720 features White across the base while iridescent covers the plastic overlays and toe cap. Following we have bubbles on the panels, heel and tongue. Completing the look is a gradient across the Air Max 720 unit.

You can expect the Nike Air Max 720 ‘Bubble Pack’ to release at select retailers including Nike.com on February 29th. Continue to scroll below to check out more images which will give you a closer look. 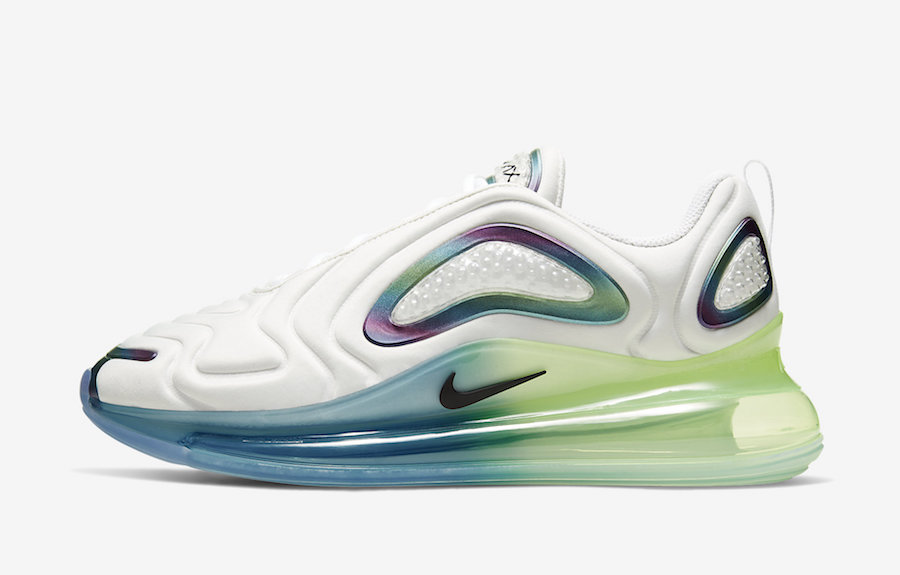 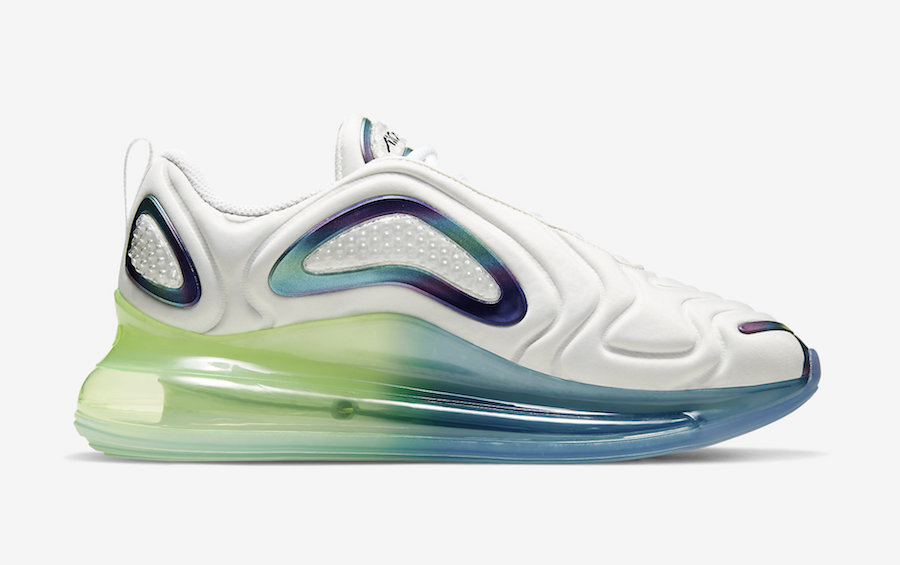 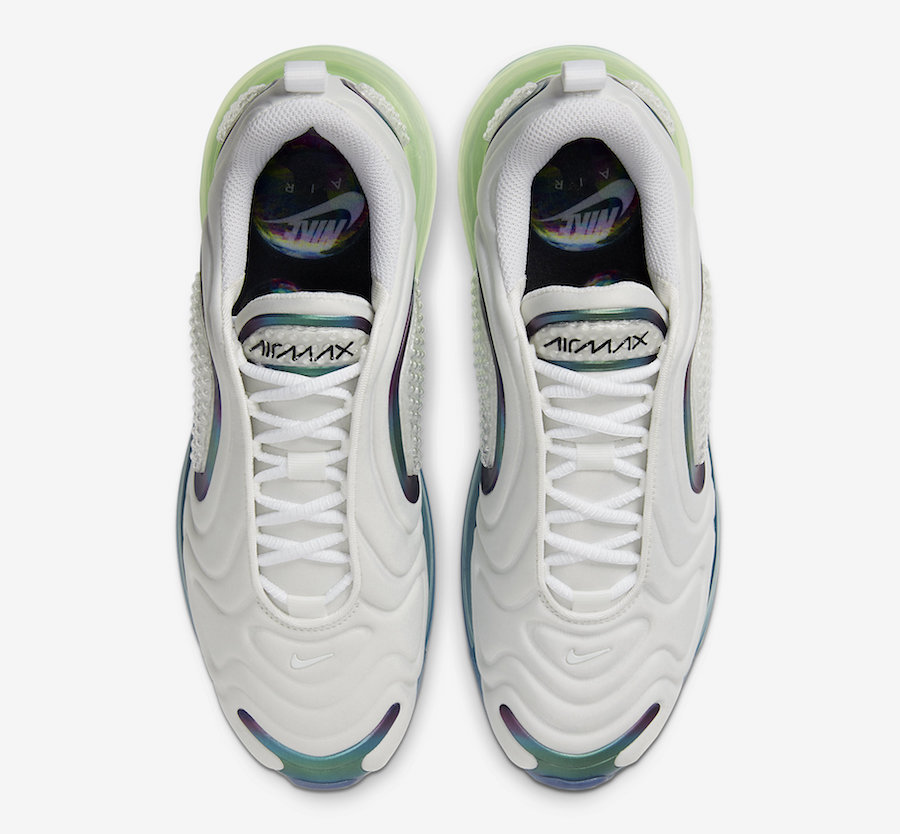 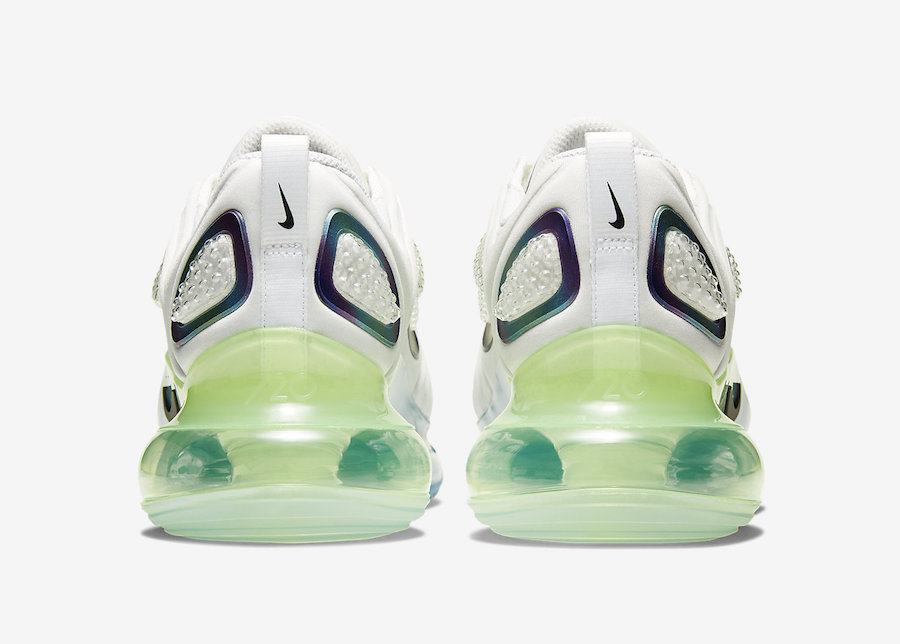 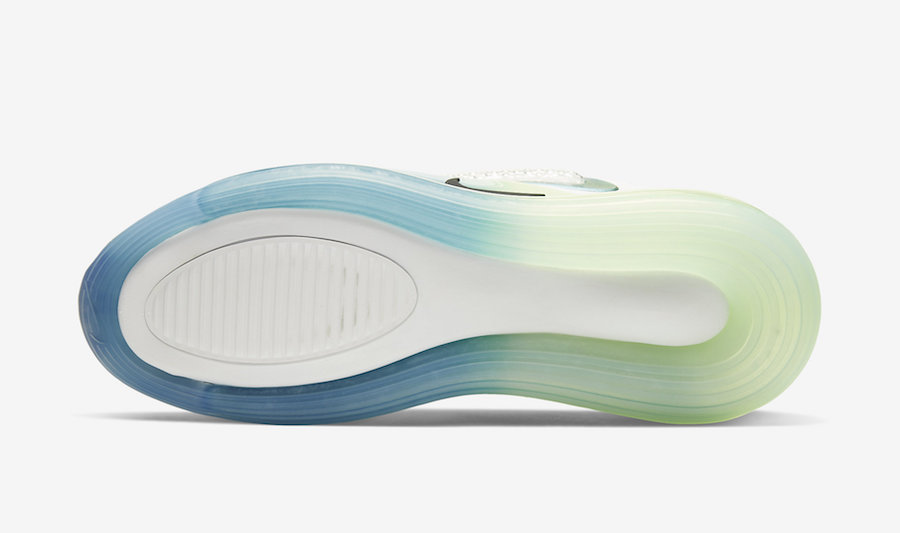