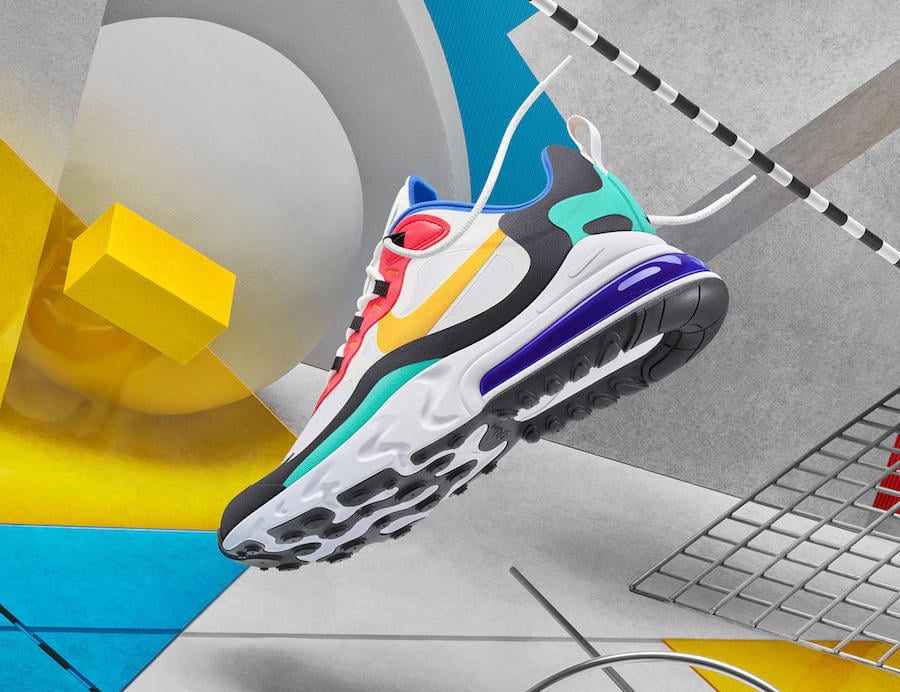 Just before the World Cup, the U.S. Women’s Soccer National Team was seen in the new Nike Air Max 270 which will feature React cushioning.

This gives us a look at the first edition which combines two classic technologies. In addition the team was wearing matching Nike sweatsuits.

As for the color description, this pair features White on the upper and midsole while Black fills in the Swoosh logo. In addition we have Blue running across the mudguard, heel and toe while Red overlays a part of the panels and heel. Other details includes Yellow on the liner and placed within the Air Max unit and a Black rubber outsole.

The Nike Air Max 270 React will release at select retailers including online at Nike.com on July 3rd. Retail price is set at $150. Below you can check out more images which will show a wide range of upcoming colorways.

Update 6/7: Nike has unveiled the Air Max 720 React. The model was built with a bar tack technique inspired by the Element React 87

The initial releases of the Nike Air Max 270 React share a consistent foundation in art and design history. Each colorway translates a specific artistic style or movement in its blocking and hues. The lead launch colorway, for example, heralds the 100th anniversary of the Bauhaus’s founding by recalling the school’s formal studies of asymmetrical balance. Other colorways highlight explorations of geometric compositions, mid-century-inspired color blocking, San Francisco psychedelia and more.

The Nike Air Max 720 React will release in two Bauhaus colorways for men and women on July 3rd. Retail price is set at $150. Below you can see the rest of the colorways that will release soon. 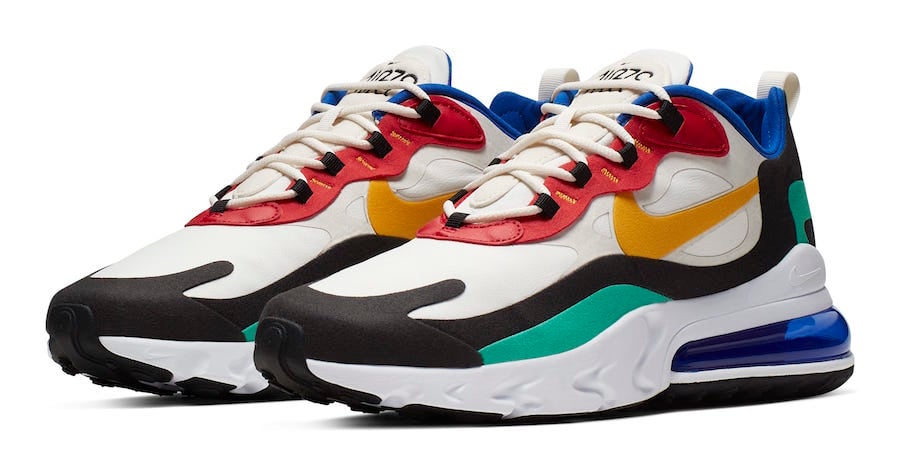 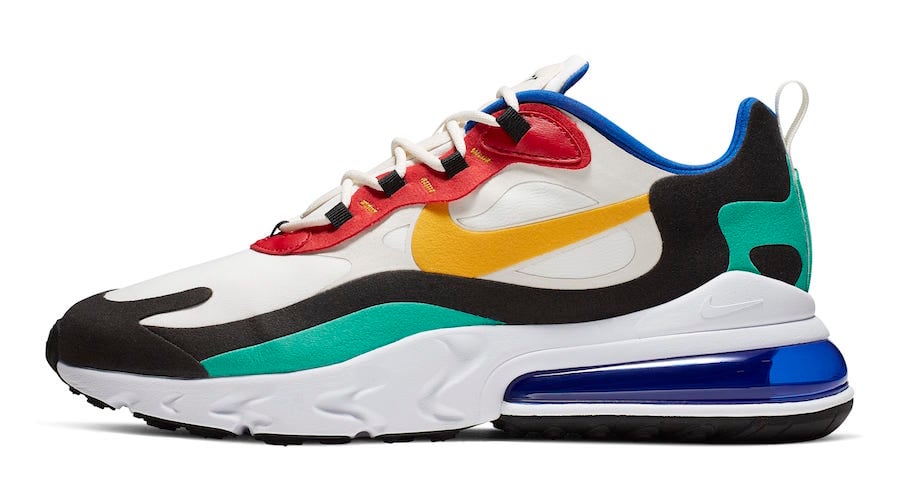 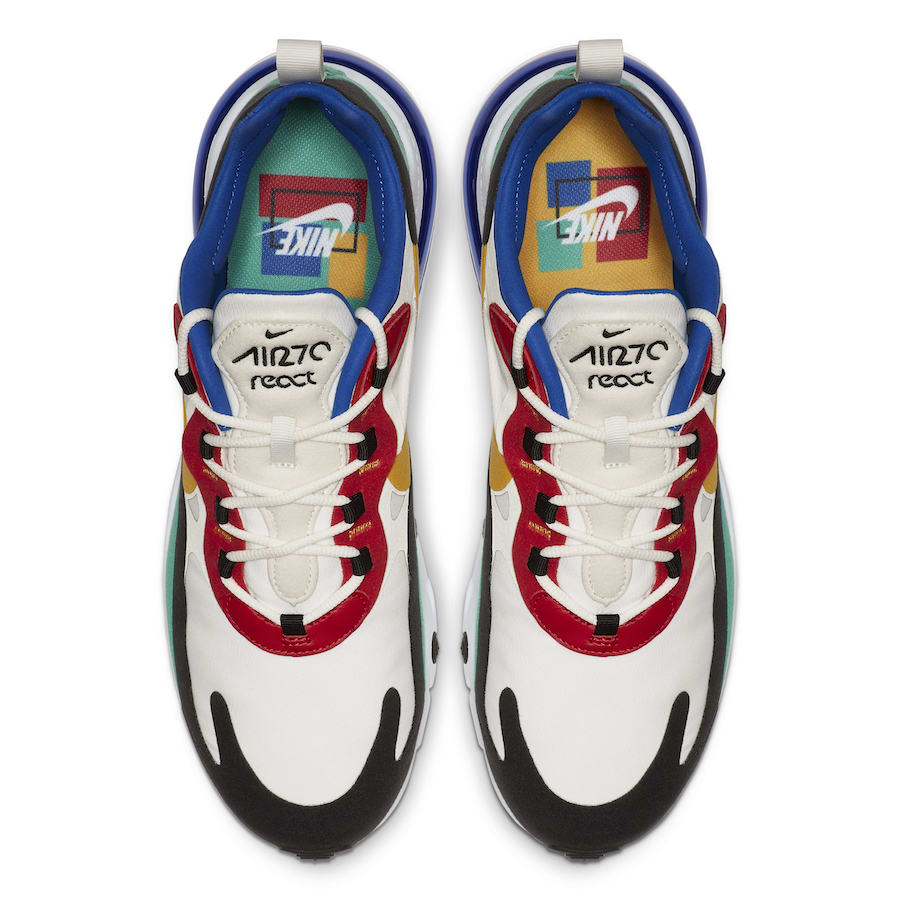 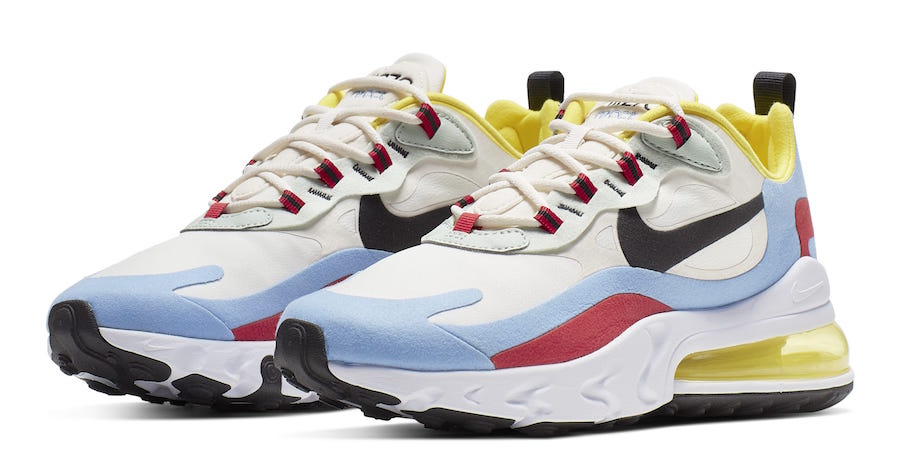 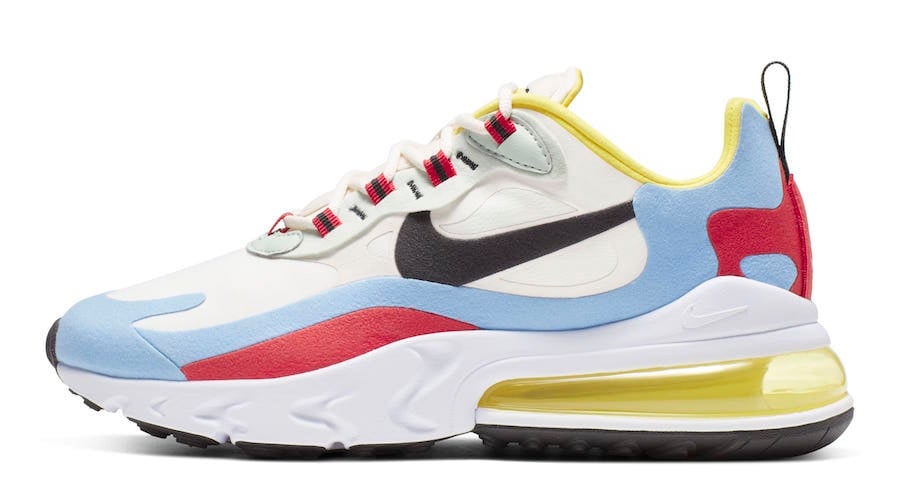 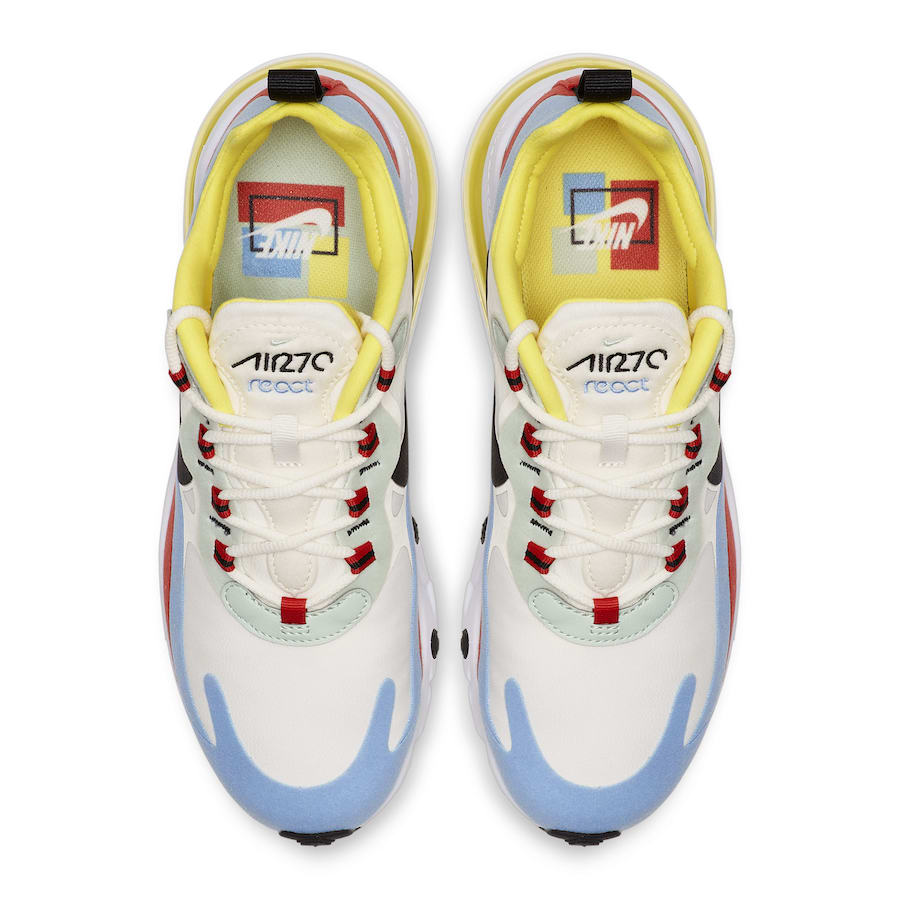 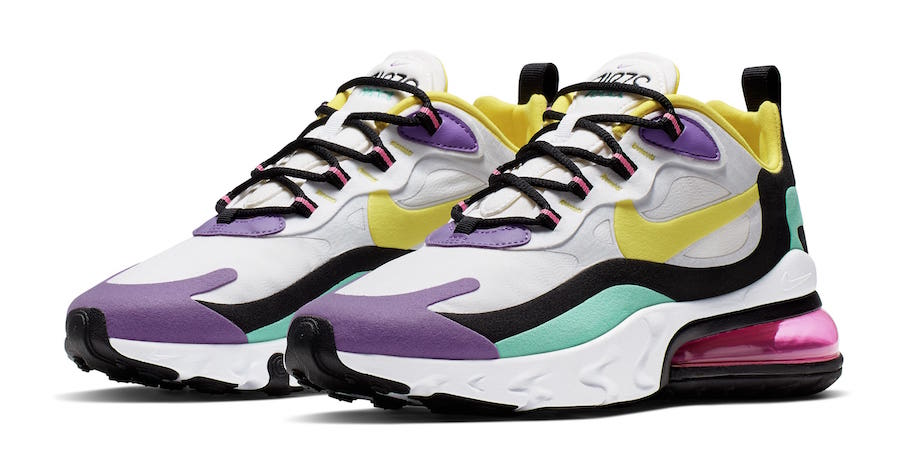 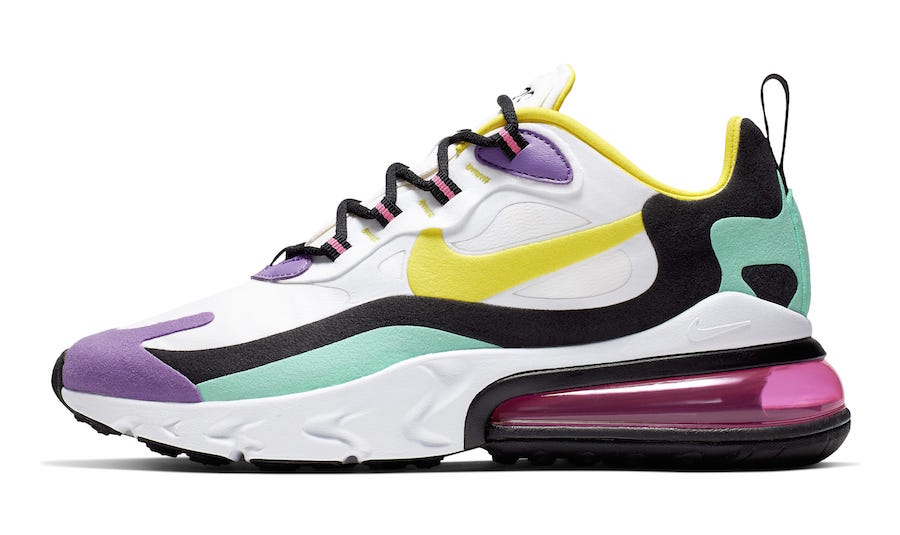 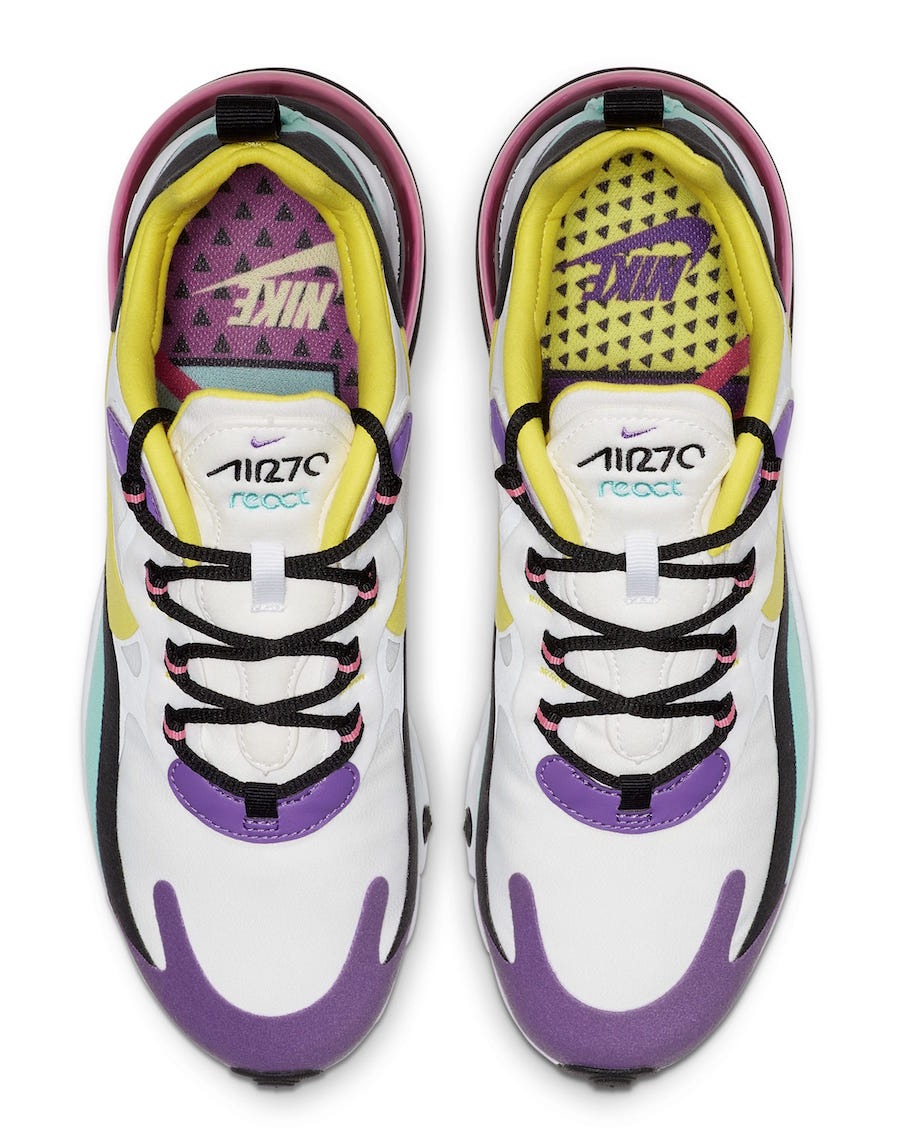 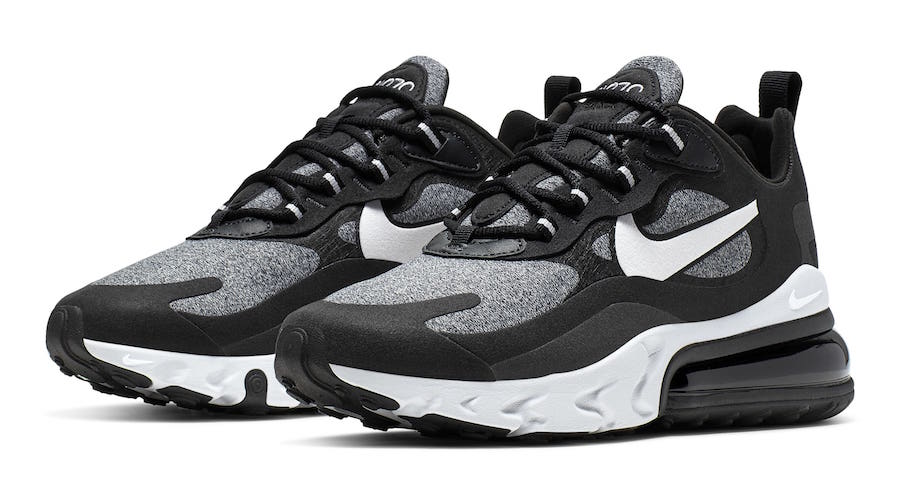 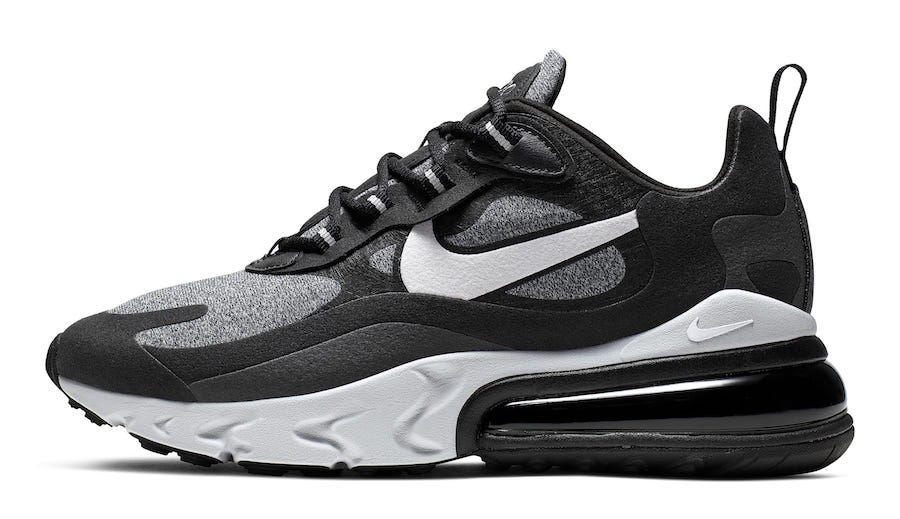 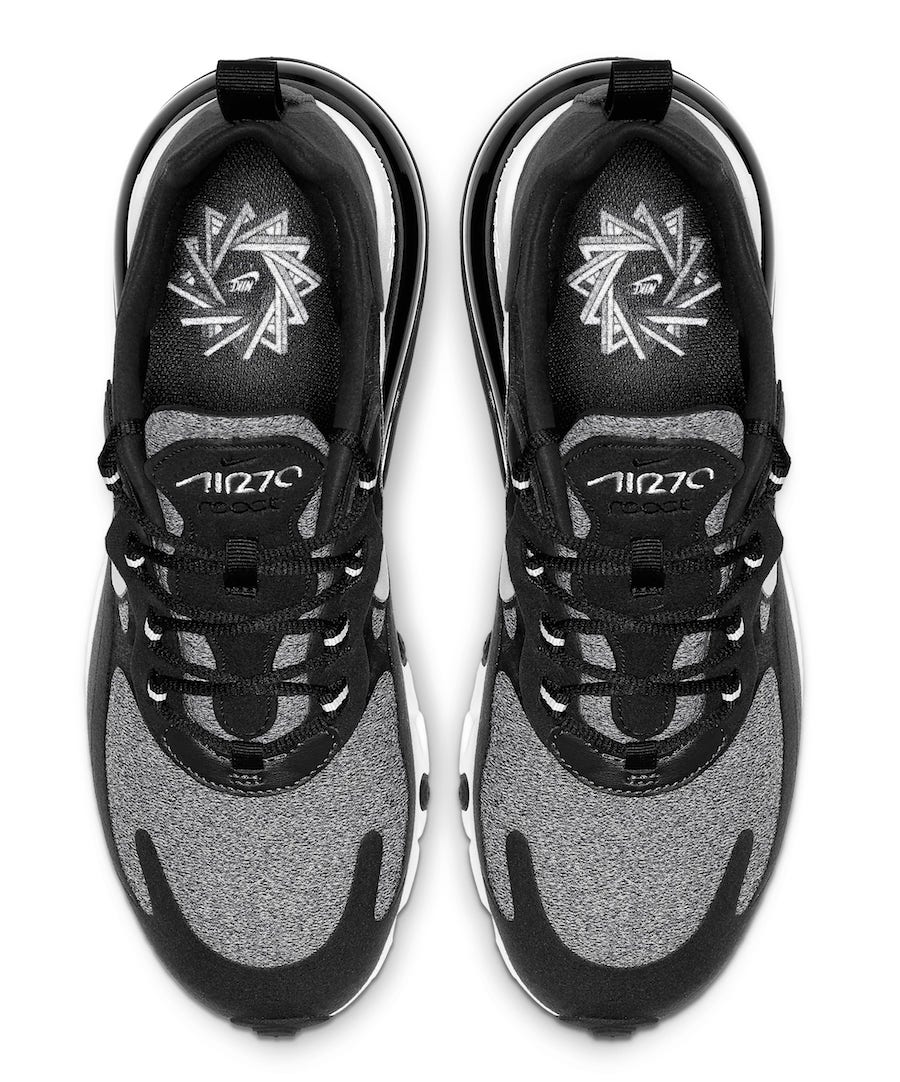 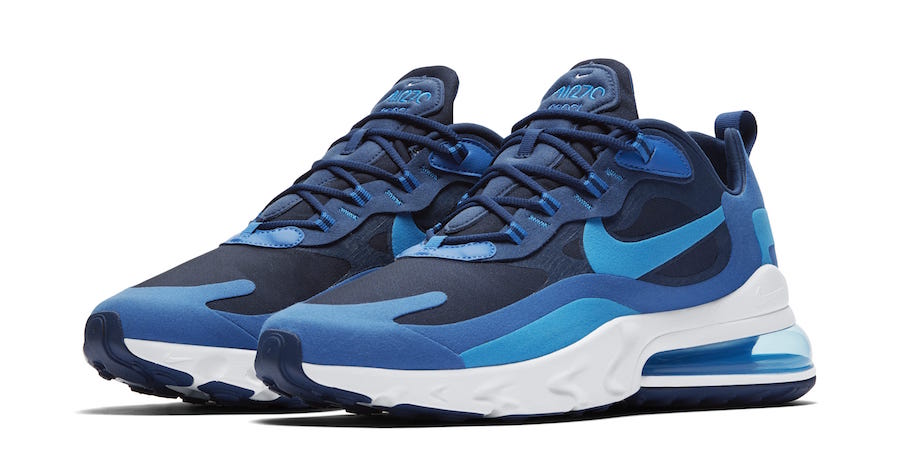 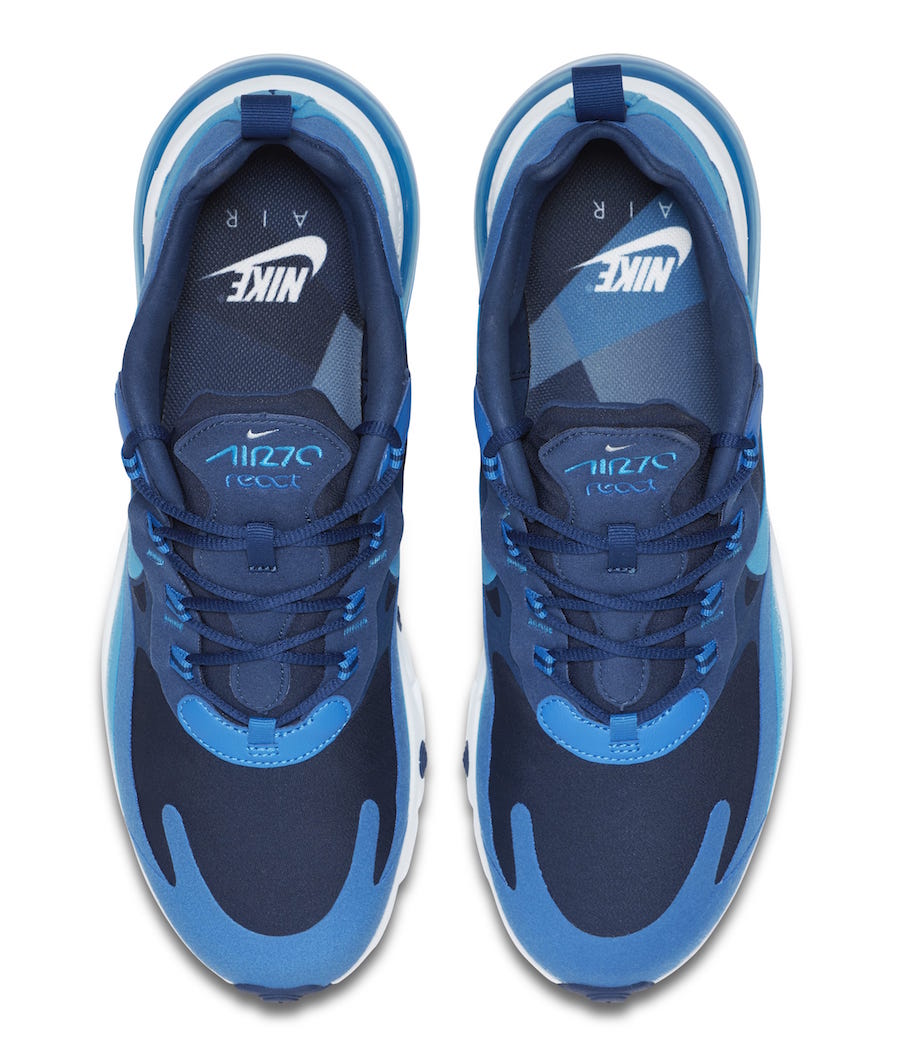 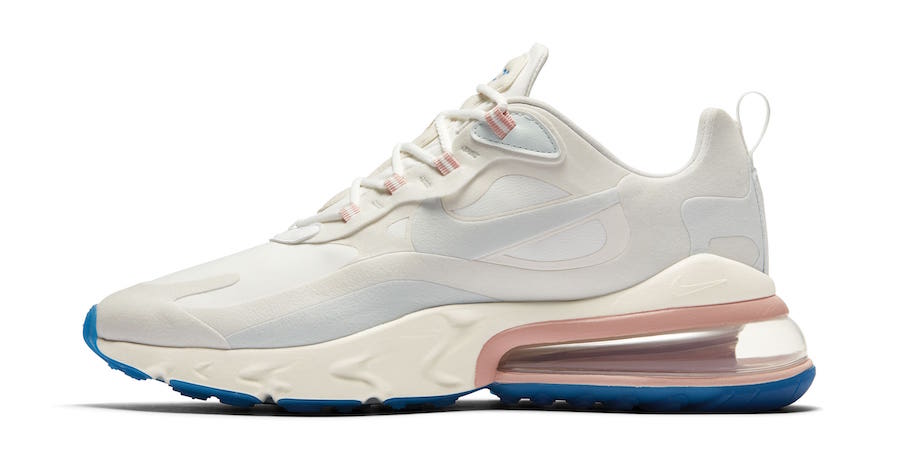 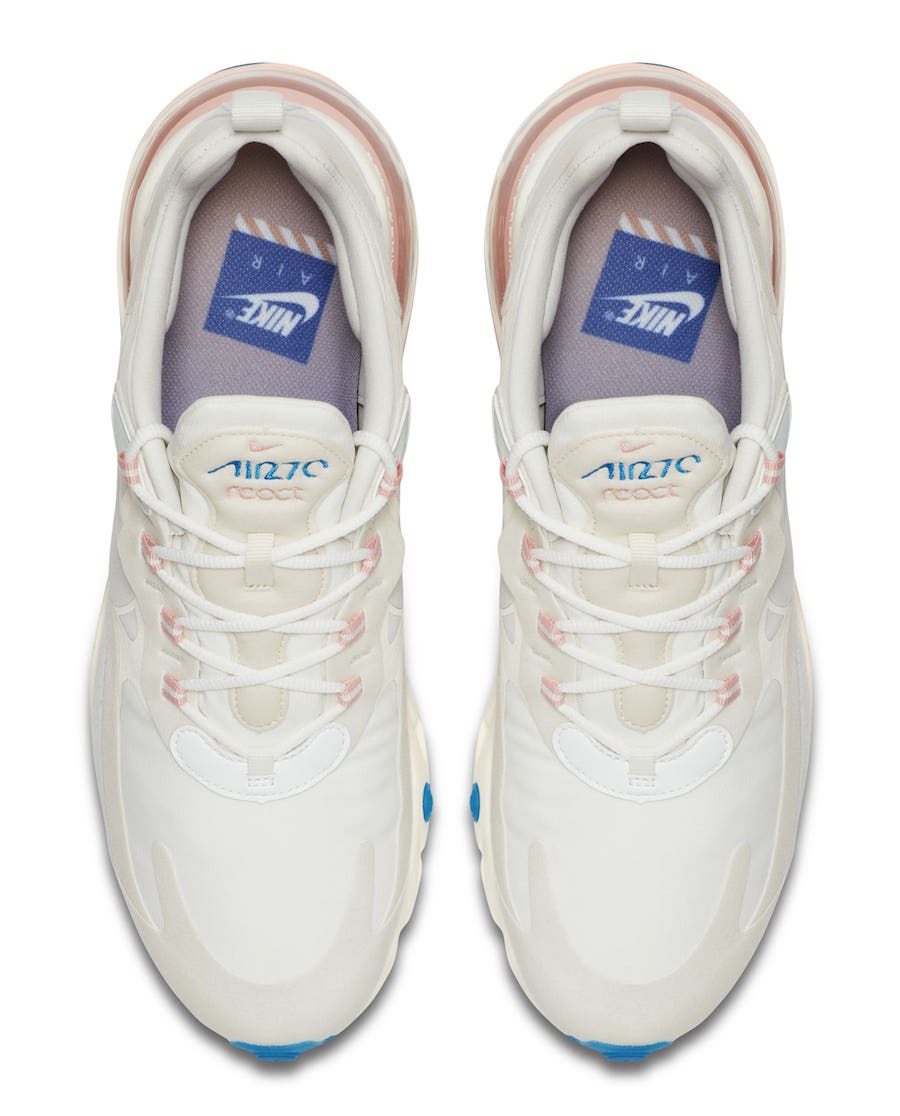 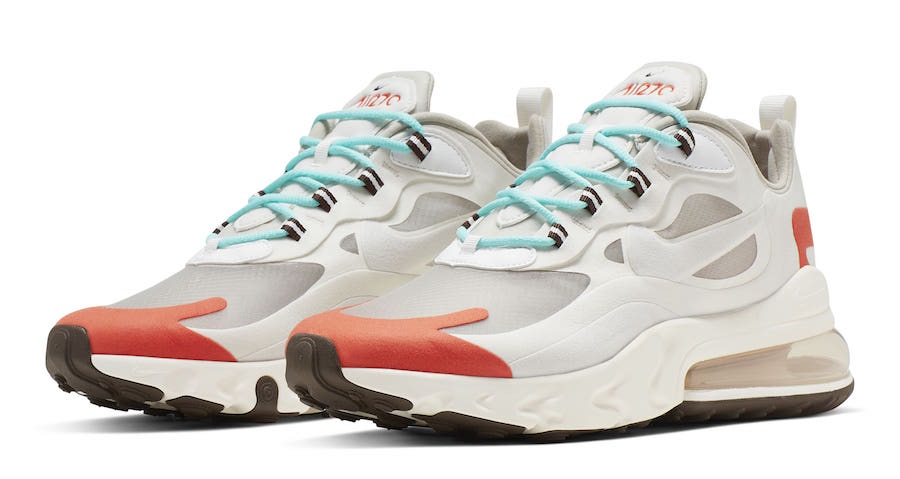 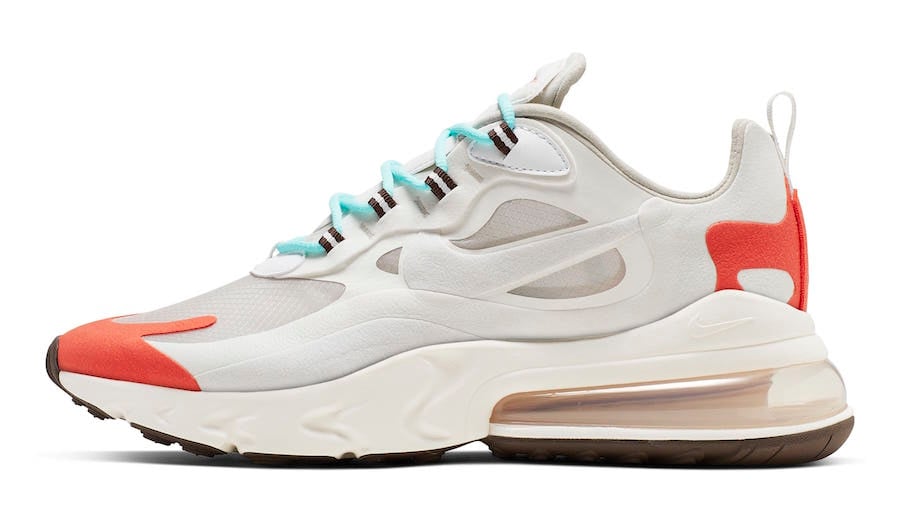 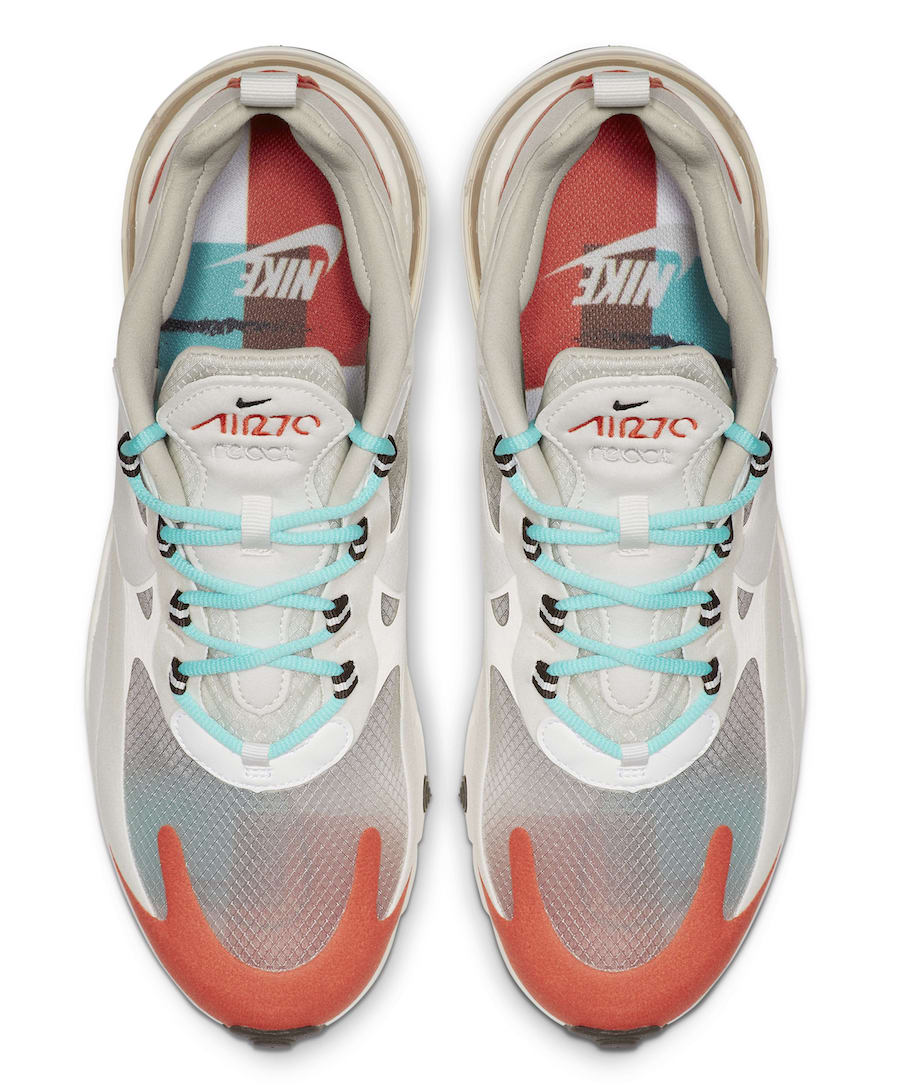 Update 5/25: Thanks to MikeLawrie, we now have a closer look at the Nike Air Max 270 React which is expected to launch later this year.