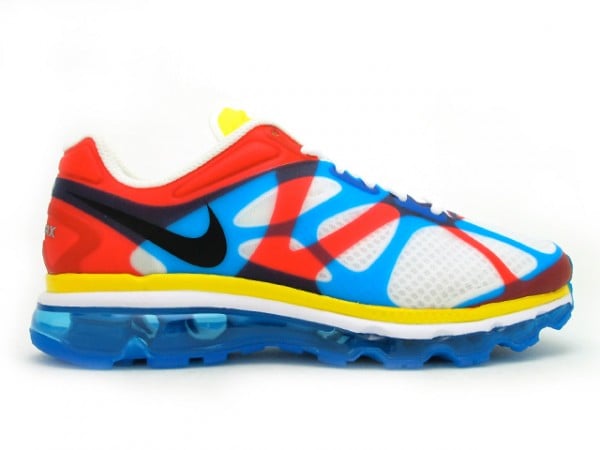 With the green of the Olympic rings oddly absent from the silhouette, the kicks don a white base alongside a black Swoosh and blue, red and yellow accents throughout.

Capped off with a blue 360 Max Air unit and matching rubber outsole, these will also hit atmos at the end of the month before landing here in the States later this Summer. 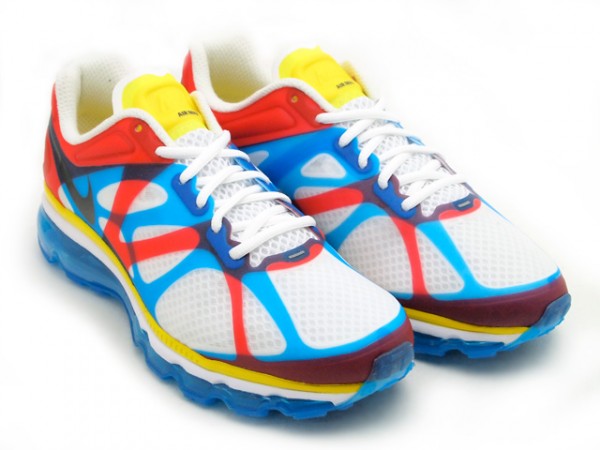 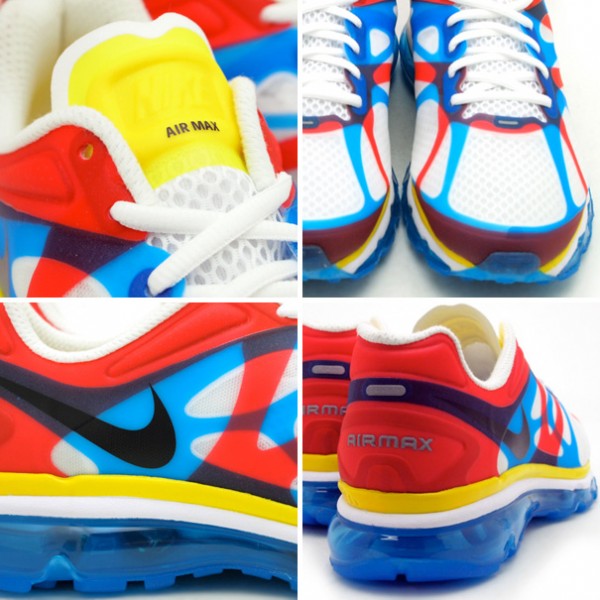