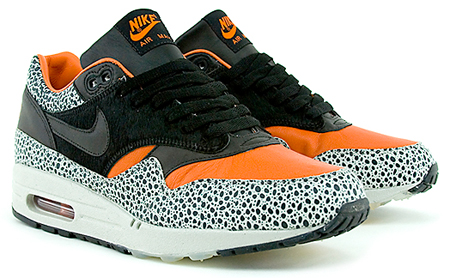 Originally reported alongside the Mowabb Air Max 90, it has been reported that this Nike Air Max 1 Safari will be in stores today at Proper Long Beach. Hit with the traditional Safari theme consisting of a combination of tan, black and orange along with a Safari print on the side and around the ankles.

This design was previously used on the Air Force 1, but looks especially well on the Air Max 1. It is becoming a reoccuring pattern with similar styles interchanging between Air Max’s and Air Force 1’s, but it hasn’t been a bad thing.