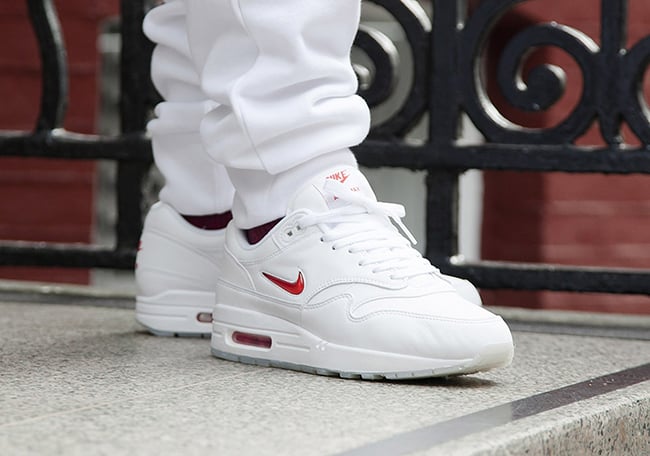 Nike Sportswear has a lot of colorways lined up for the Nike Air Max 1 Jewel which is returning once again in 2017. One of the pairs to release is the Nike Air Max Jewel Swoosh ‘White Red’ which originally released back in the mid 90s.

This Nike Air Max 1 has a clean theme for the warmer months while dressed in White and Red. Looking closer you will see that White covers the uppers while constructed with leather. Red is then applied to the Jewel Swoosh, Air Unit, Nike branding on the tongue and heel. Finishing the look is a translucent outsole.

Continue to scroll below to check out more images of the Nike Air Max 1 Jewel Swoosh White Red which will show you how they look on feet. They are now starting to arrive at select Nike Sportswear retailers which includes Foot Patrol. 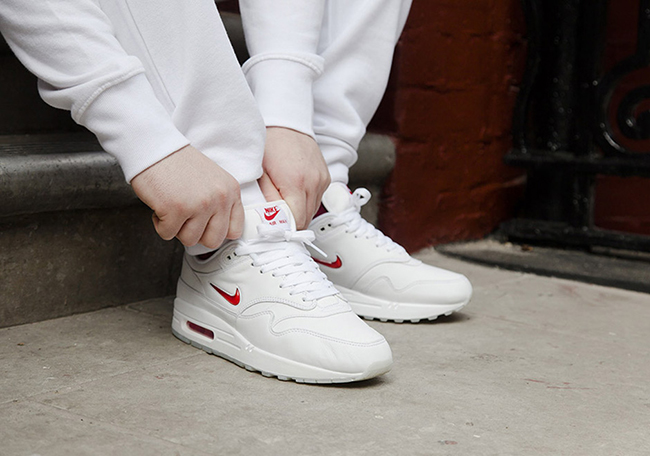 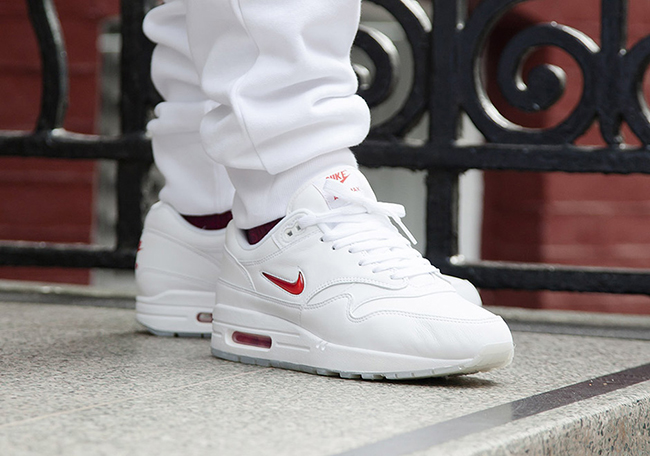 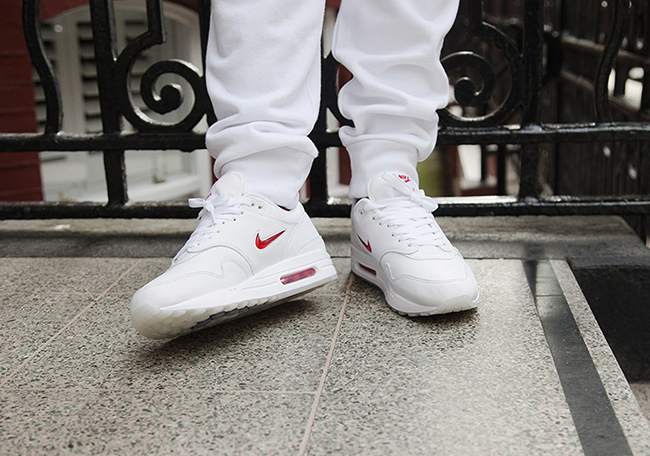 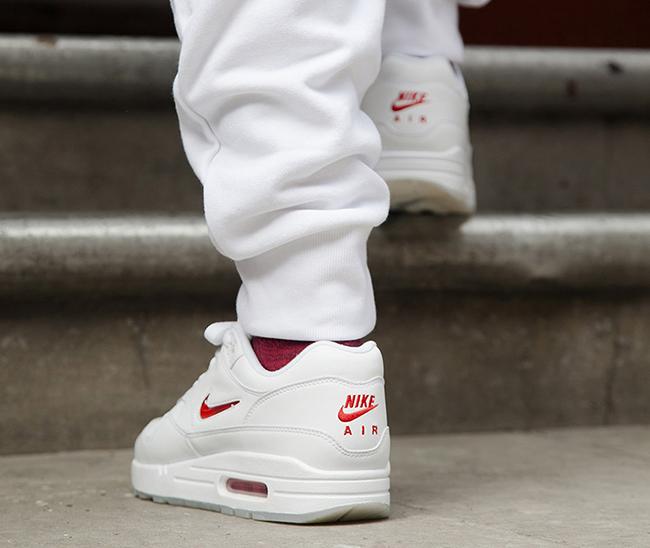 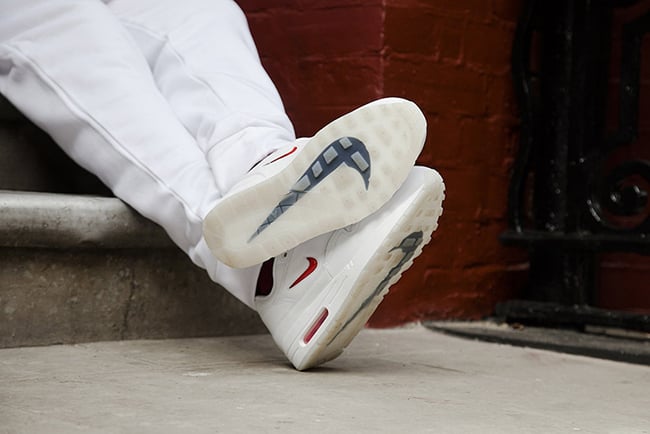 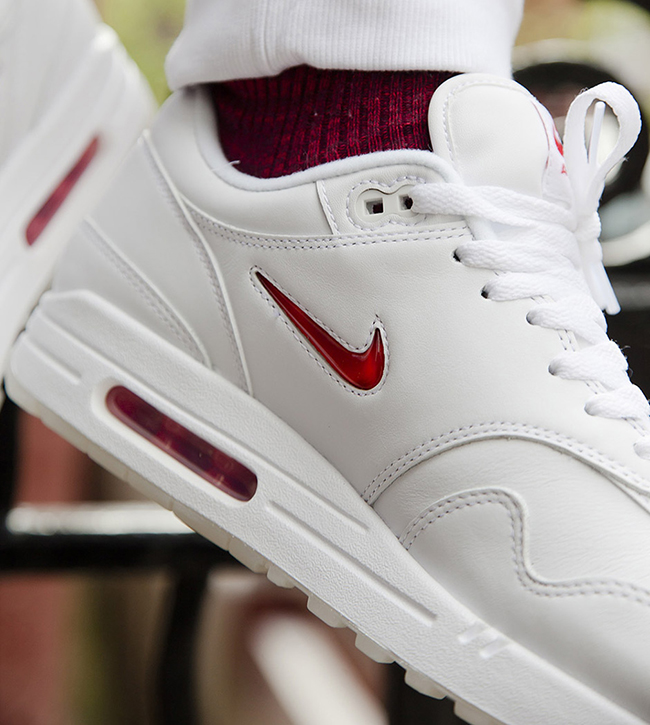