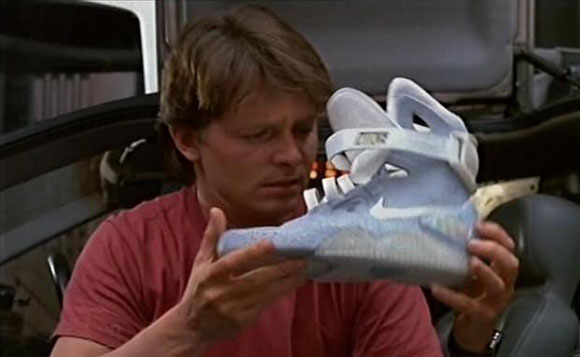 Rumors have circulated that the Nike Air Mag would return in 2015 and to our understanding that would happen if the patent Nike filed was approved. Still this alone doesn’t confirm the release. What sealed the deal was Tinker Hatfield.

On Monday Tinker Hatfield spoke at the Agenda Trade Show and announced that power lacing would come in 2015 and one of the models to feature them are the Nike Air Mag. This leads us to believe that other models from Nike will also feature power lacing, something Back to the Future predicted.

Release date, availability and retail was not announced for the Nike Air Mag 2015, but make sure to check back as we stay on top of them.