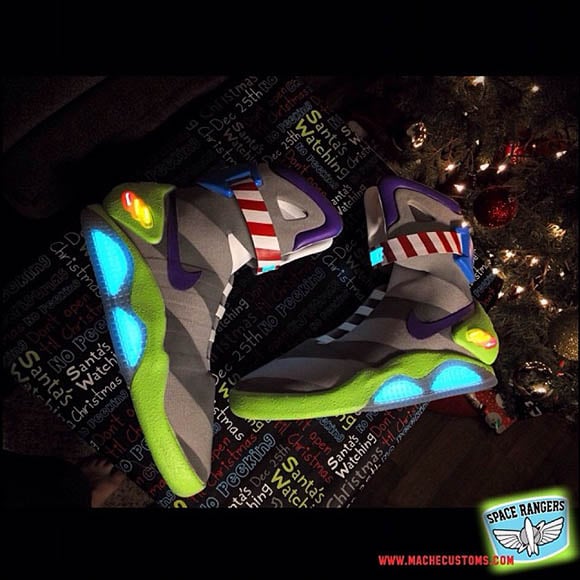 One of the most humble customizers in the game is back at it with another top-notch, futuristic Nike custom that is going to blow some people’s minds. Mache took on the Nike Air Mags once again, and he won, but this time the theme was a little diverse in age unless your into Toy Story and whatnot. Different shades of grey were placed in a striped fashion throughout the boot while the blue midsole was changed to a bright green to give it that “Buzz Lightyear” flavor. Purple was inserted on the top of the foot insert as well as the Nike Swoosh along the side of the kicks. The standout features for these customs is the strap across the top of the Mags that was switched from all-white to a blue panel on the back with the Space Ranger logo while the actual strap is striped with red and white. Mache mentioned that not everyone will be happy and some will think they are “blasphemous,” however it is hard to be upset with creativity and art such as this.

Would you cop the “Buzz Lightyear” Nike Air Mags if they released to the public? Tell us in the comments section below and stay tuned to Sneakerfiles for updates on sneakers and gear daily! 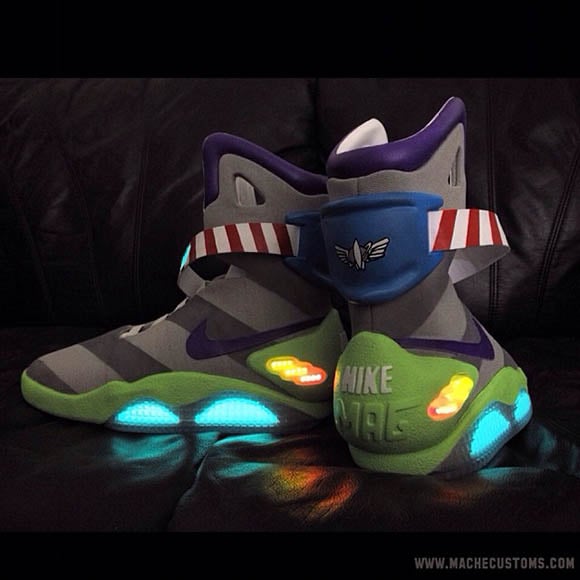