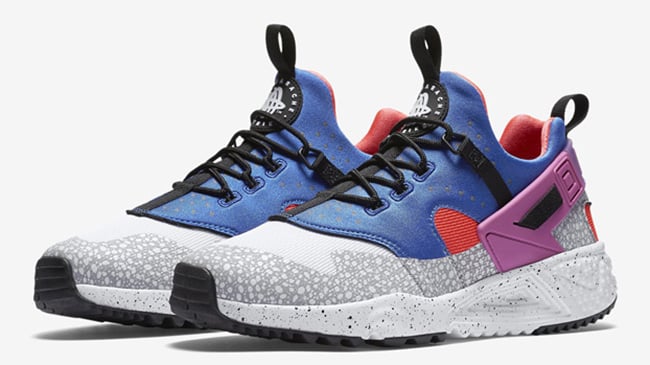 Nike continues to release the Air Huarache Utility and you can expect even more to come. The latest pair to be unveiled features a Royal and Crimson theme.

The latest Air Huarache Utility receives a White, Varsity Royal and Bright Crimson colorway. Standing out the most is the addition of safari print around the mudguard that will also use 3M reflective silver. Blue and Bright Crimson is then used on the neoprene upper and White with a speckled overlay runs through the midsole. Finishing this pair off is a shade of purple that runs through the heel counter.

More official photos of the Nike Air Huarache Utility ‘Royal Crimson’ can be seen below. As of a release, they are not yet available but could launch later this month to early February 2016. 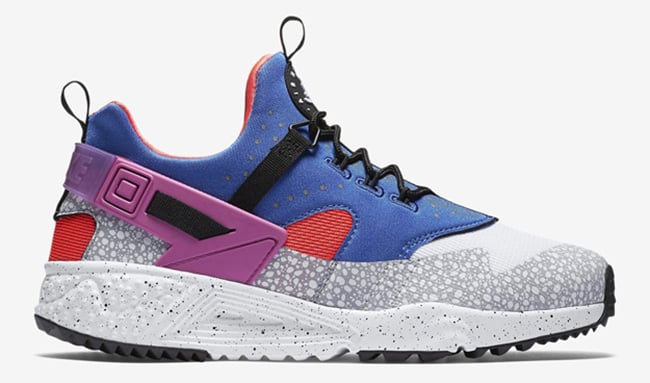 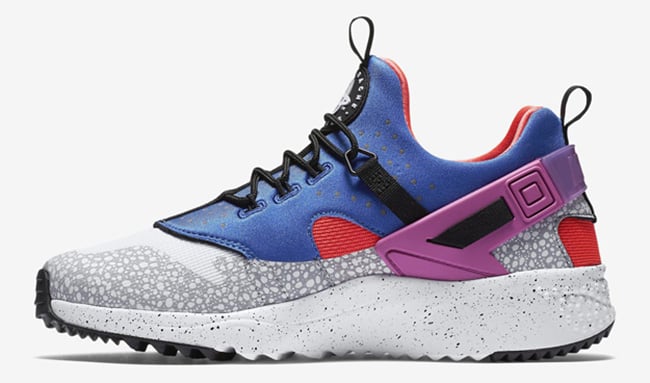 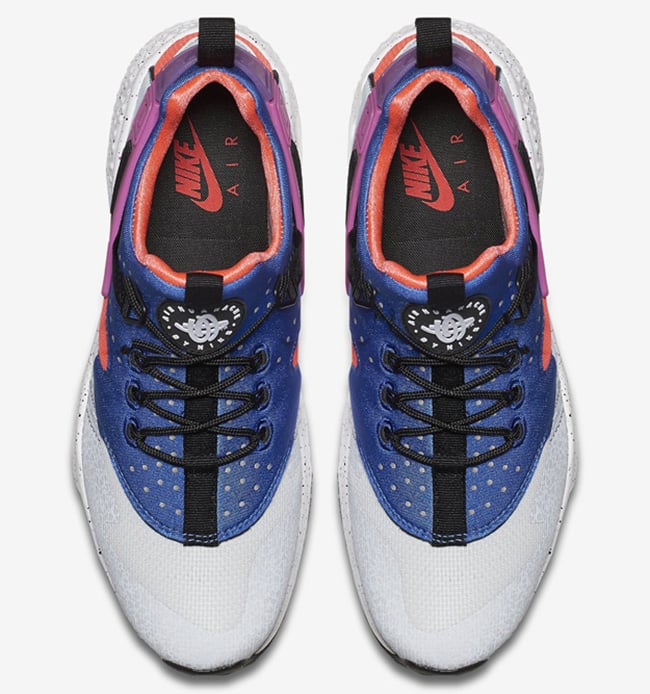 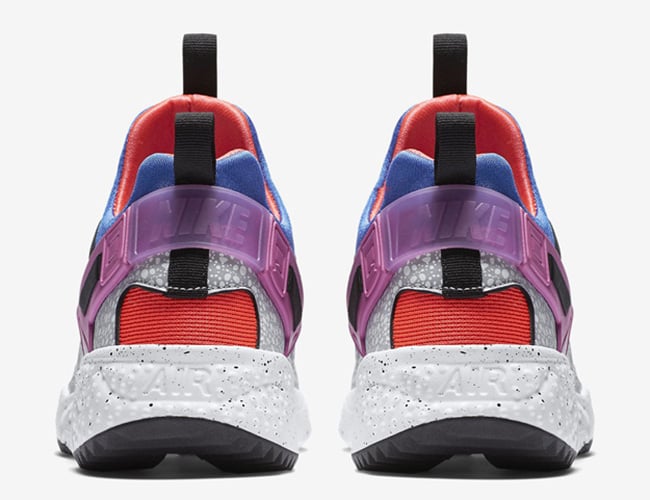 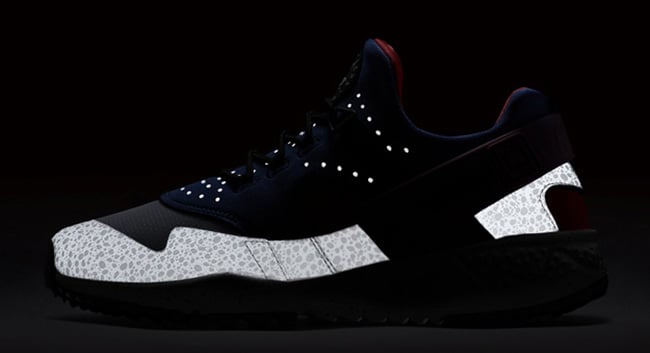 The Nike Air Huarache is Releasing with ‘South Beach’ Vibes

This Nike Air Huarache Pays Tribute to the 2007 ‘Mowabb’ Pack