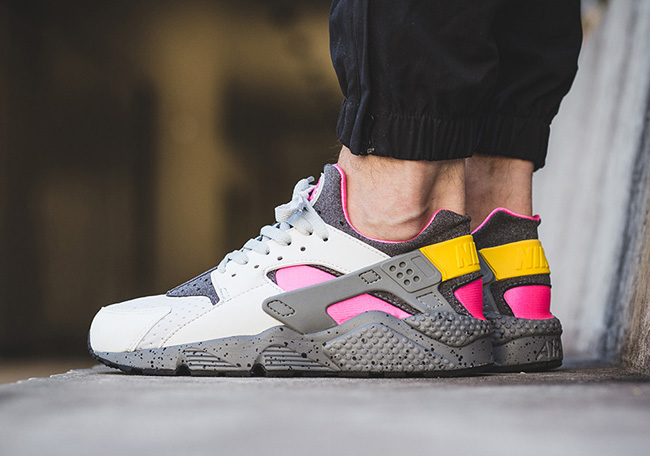 Nike Sportswear will use some elements from their ACG line across the latest Nike Air Huarache SE that features Pink Blast for Fall.

The latest addition to the Nike Air Huarache line will once again feature Pink Blast while Pure Platinum joins in. Featuring Pure Platinum through the uppers while Grey lands on the tongue, heel counter and midsole along with speckled detailing. Highlighting the heel is the use of Yellow while Pink Blast is shown on the neoprene bootie.

Keep scrolling to check out more images of the Nike Air Huarache SE Pink Blast which will show you how they look on feet. For those that are interested in purchasing, they are now arriving at Nike Sportswear retailers like Titolo. You can expect additional retailers as well as ones based in the states to have them in the next week or so. 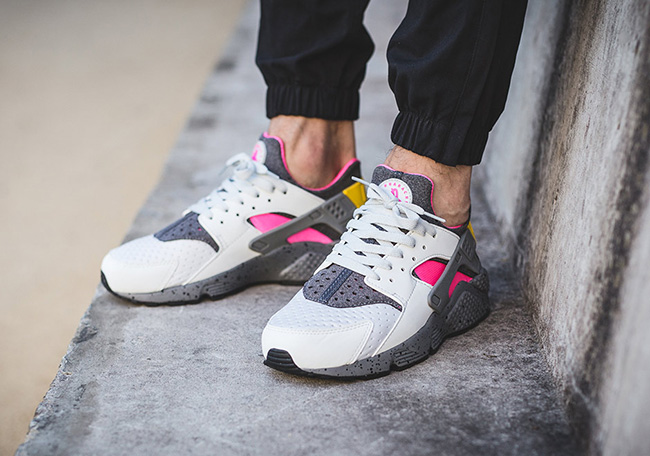 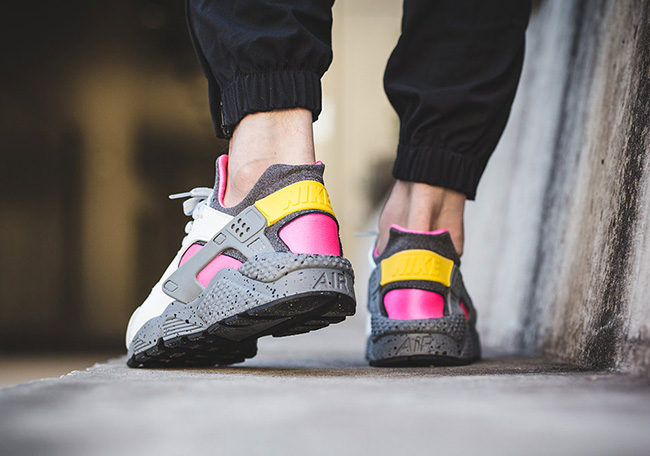