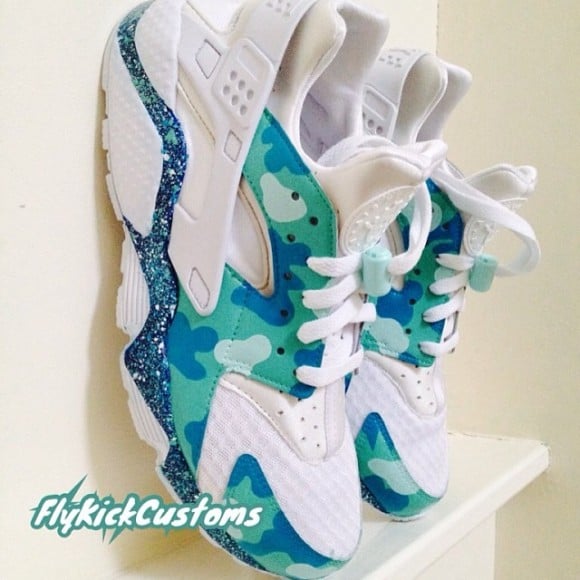 Alright you guys, we’re headed to London to catch up with an up-and-coming sneaker artist, Fly Kick Customs (Poco Bentley), who’s taken a liking to the underrated Nike Air Huarache sneaker model. He’s tackling the camouflage theme with these, but putting a his own spin on the classic print.

The Nike Air Huarache “Mint Camo” customs by Poco Bentley feature a mint green camouflage print, with hues of blue and white accents incorporated in the pattern. The camouflage pattern attacks the toe caps and midfoot overlays, while the rest of the mesh and leather uppers remain in a crisp white. The midsole gets in on the action as well, arriving in a dark blue, galaxy-like design. Speckles of mint green, blue and white shower the dark blue base on the midsoles, which is layered by the rigid outsole of the Air Huarache.

There’s no way someone walking past in these kicks is going to go unnoticed. The design is crazy, but in a good way! The unifying tones used in the camouflage pattern and speckled midsole are aesthetically pleasing, to say the least. The shoes even complete with mint green lace accessories! Check out more angles of the Nike Air Huarache “Mint Camo” customs down below, and go ahead and get in touch with Poco Bentley if you’re interested in a pair of these kicks! 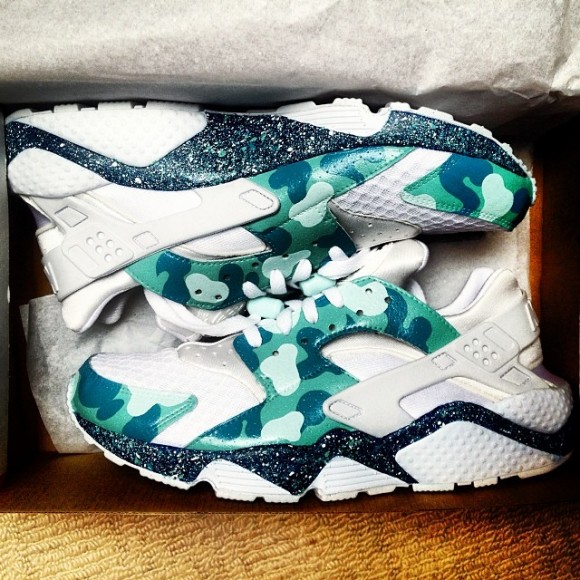 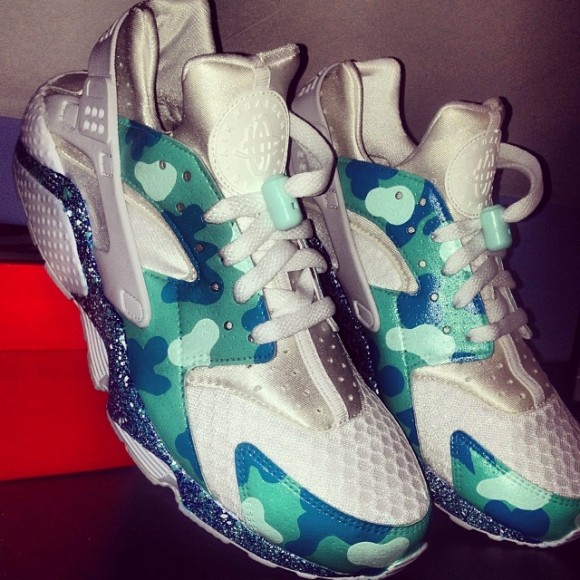 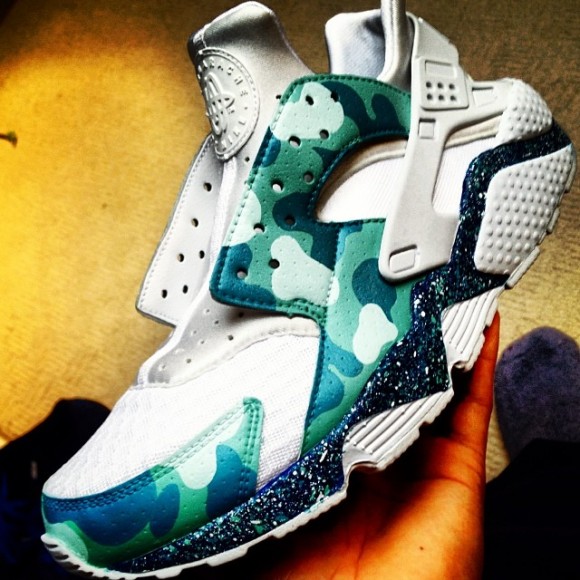 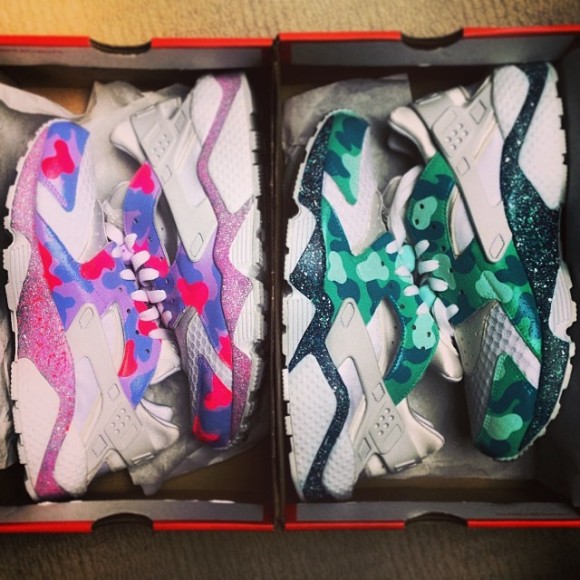