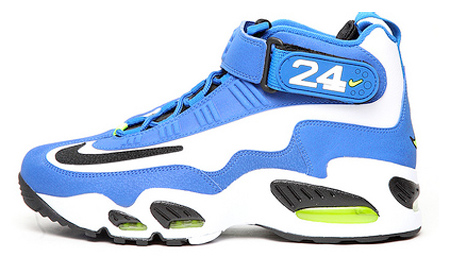 In their latest pack dubbed the “Volt” Pack, Nike has included two timeless classic which both feature royal blue uppers with white and volt accents. The first sneaker is the Nike Air Griffey Max 1, and it features a varsity royal upper with a white stripe, a black swoosh, white midsole, black outsole, and volt accents. The second sneaker, the Air Tailwind 92, yields a white base with royal blue seen on the side-panels, inner lining, and sole, while volt accents can be seen via the tongue, midpanel, and sole. The “Volt” Nike Air Griffey Max 1 and Nike Air Tailwind 92 are now available at your local Nike retailers. 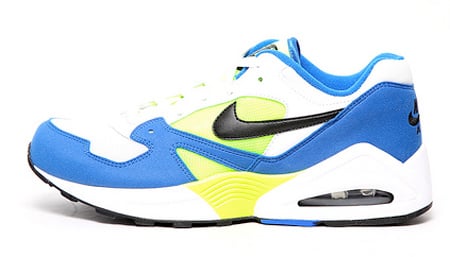