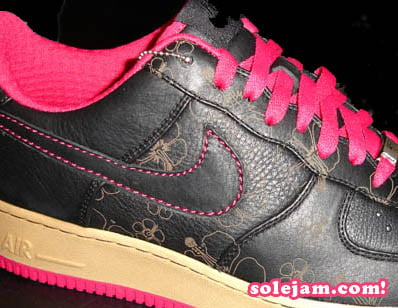 Another teaser picture of a upcoming Nike Air Force One, which pays tribute to Japan. This pair resembles the Air Force 1 Sakura, which released sometime back. The Air Force One “Japan” 25th Anniversary features a sold black and what looks like lasered flowers throughout the side, as well as a touches of hot pink. More information coming soon. Via Solejam.