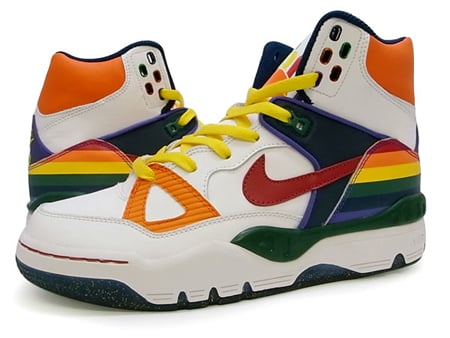 It has been quite some time since the Denver Nuggets sported the white and rainbow jerseys. However, Nike resurrects the look on this Air Force III releasing at House of Hoops locations. The Air Force IIIs feature a white base complimented by various colors including orange, red, yellow, blue and a rainbow design at the heel. It may be a little much for some, but a nice addition for nostalgic Nuggets fan. The Denver Nuggets Air Force III is now available at the House of Hoops, but can also be found at lowtex. 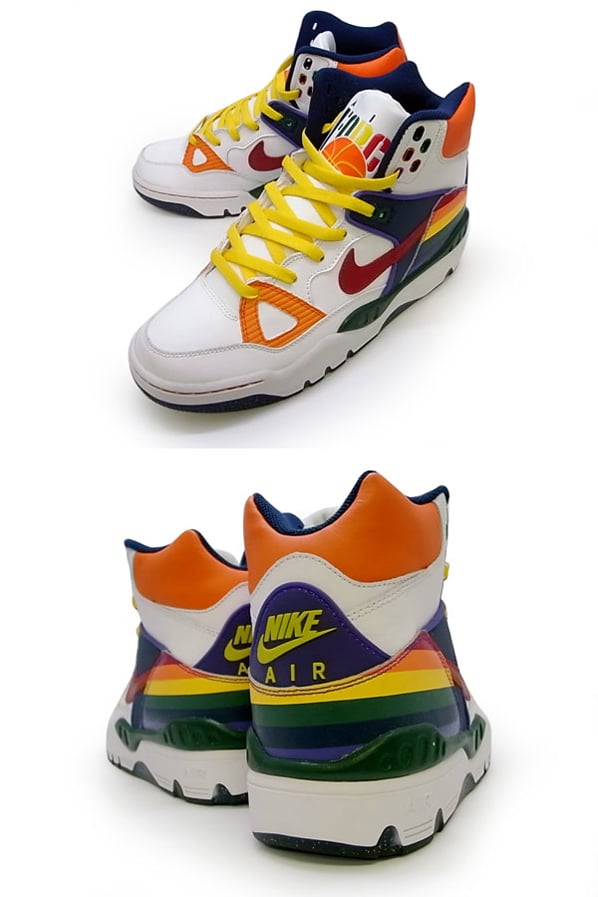 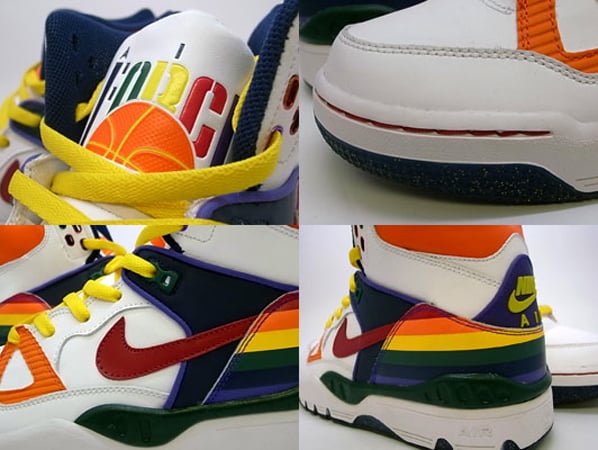