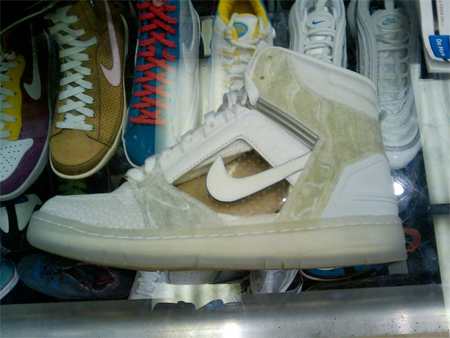 In 2004 Nike released the Espo Nike Air Force II (2) Low, a limited edition Air Force II designed by graffiti artist Espo. Nike has taken the “invisible” concept and used in on a few rare occasions, but look to resurrect this unique design for the upcoming Air Force II High, slated to release next year. Like the original, this Air Force II uses a clear mid-section while keeping the toe leather. The rest of the sneaker is composed of white, blue accents and various materials and an icy outersole. No word on an exact release date, but expect to see this model next year. Via NT. 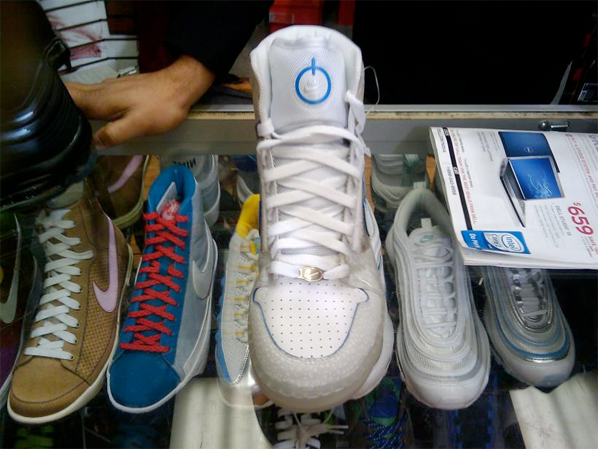 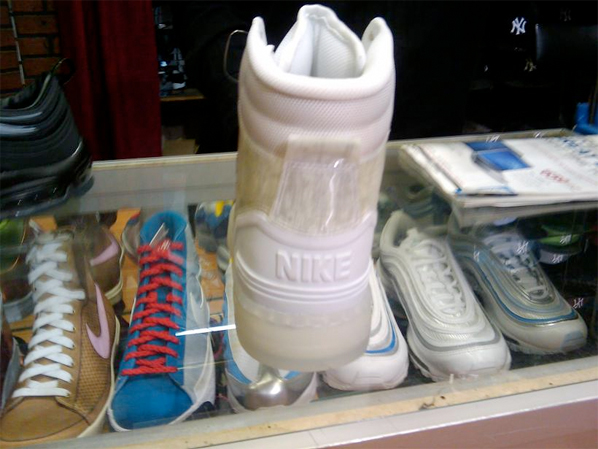