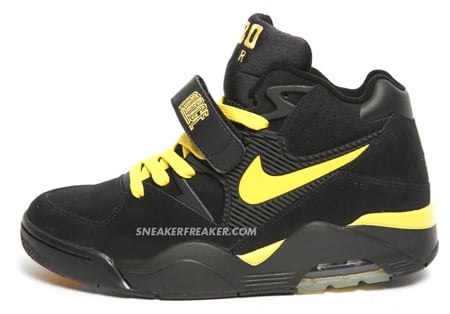 A clear favorite among some Nike fans, the Nike Air Force 180 makes its return to the later part of the year with its latest make-up nicknamed “Bumble Bee” for its black and varsity maize exterior. There has been an absence in the Air Force 180, despite retro’ing a classic design from the Barkley pack.

However, a bold new model has just surfaced the internet. The majority of the upper is made up of black, but varsity maize has been placed quite nicely and appears on the swoosh, laces, tongue and accents. Release scheduled for sometime later this year. Via Sneaker Freaker.