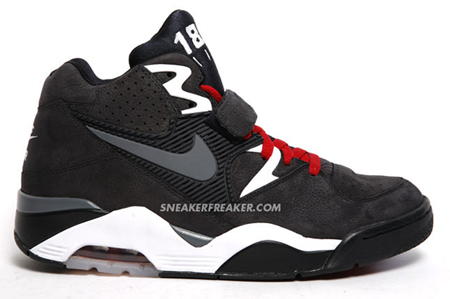 Nike Air Force 180 has seen a slight slowdown despite a few new colorways. Here’s a look at one more Air Force 180 for 2008 that will be releasing this month. This style is made up of a black base with light graphite and white accents. The Air Force 180 is finished off with red laces adding a little color to a rather basic color scheme. Check with your local Nike retailer as they have already dropped at a few accounts. Via Sneaker Freaker. 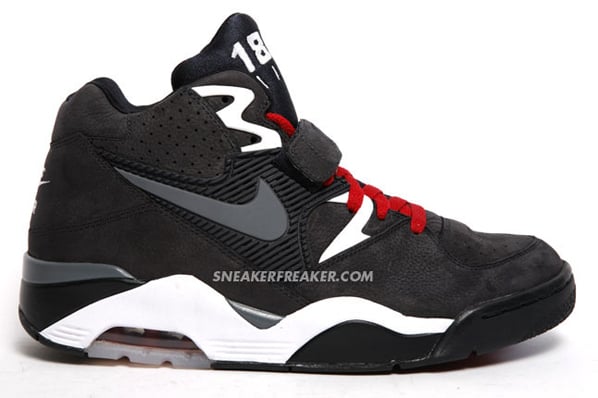 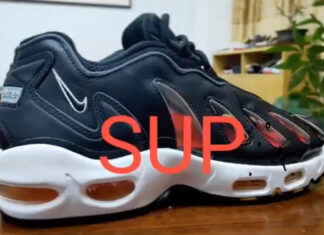 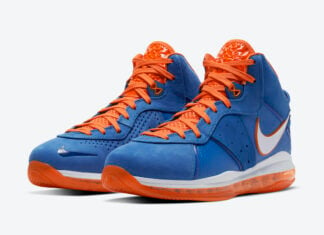