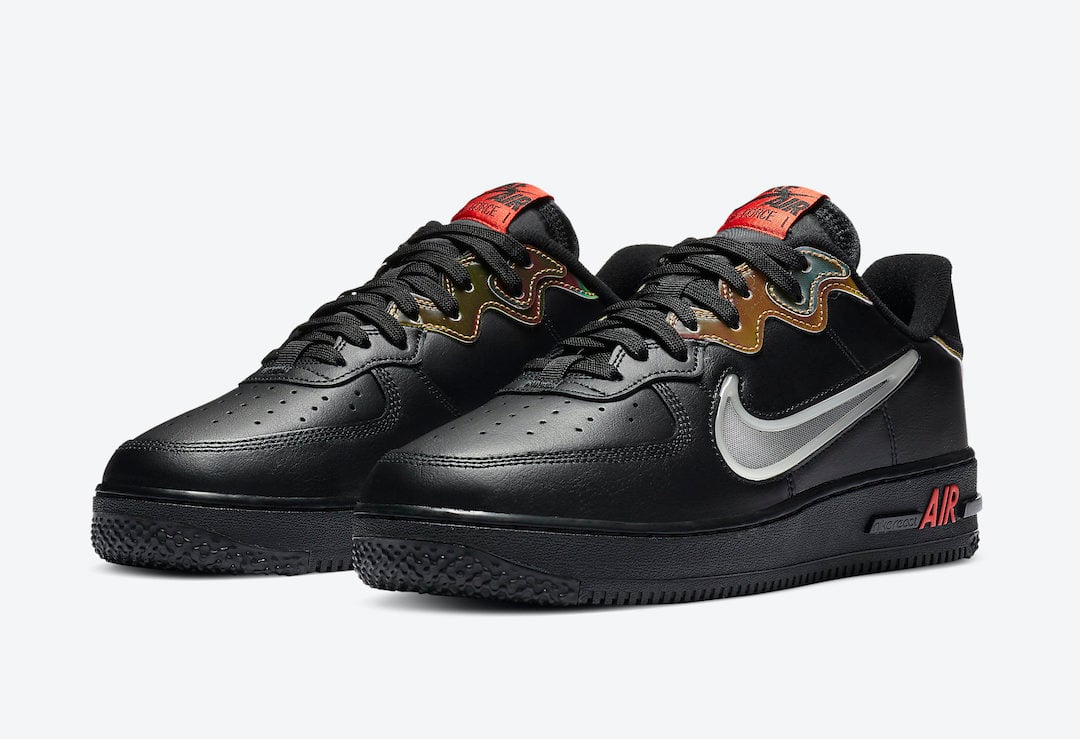 Starting to release is another Air Force 1 React which comes with iridescent on the overlays.

Going over this Nike Air Force 1, it features Black leather on the base while iridescent lands on the overlays across the eyestay and heel. In addition we have Habanero Red accents on the tongue, heel tabs, D/MS/X branding on the medial side, insoles and ‘AIR’ on the midsole. Finishing the look is a React cushioned midsole.

This Air Force 1 React has already started to release overseas, however a stateside launch is expected to take place soon at select retailers including Nike.com. Retail price is set at $120. Below you can check out more images which will give you a closer look. 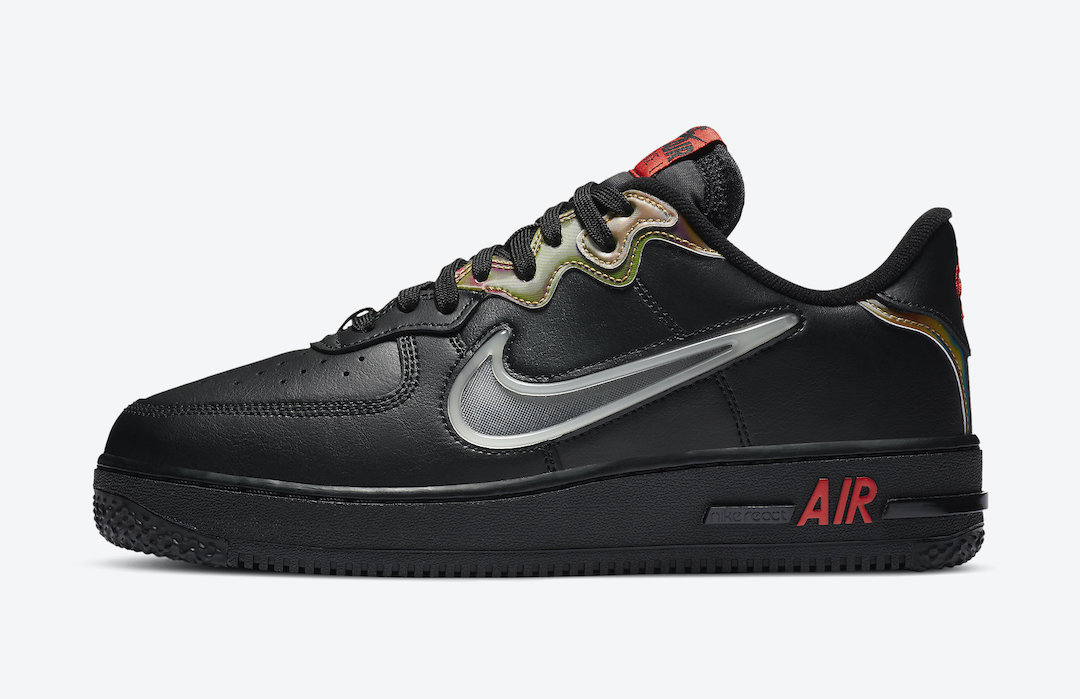 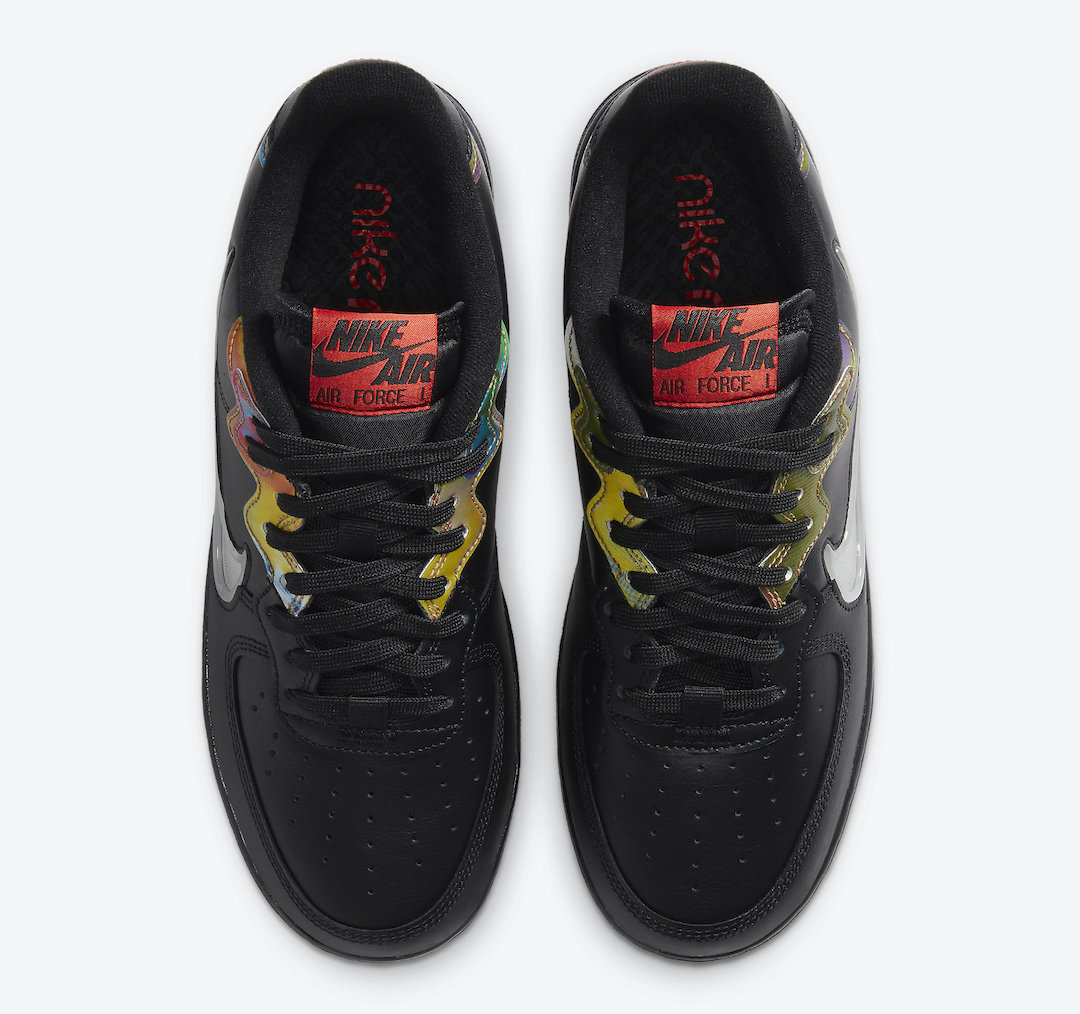 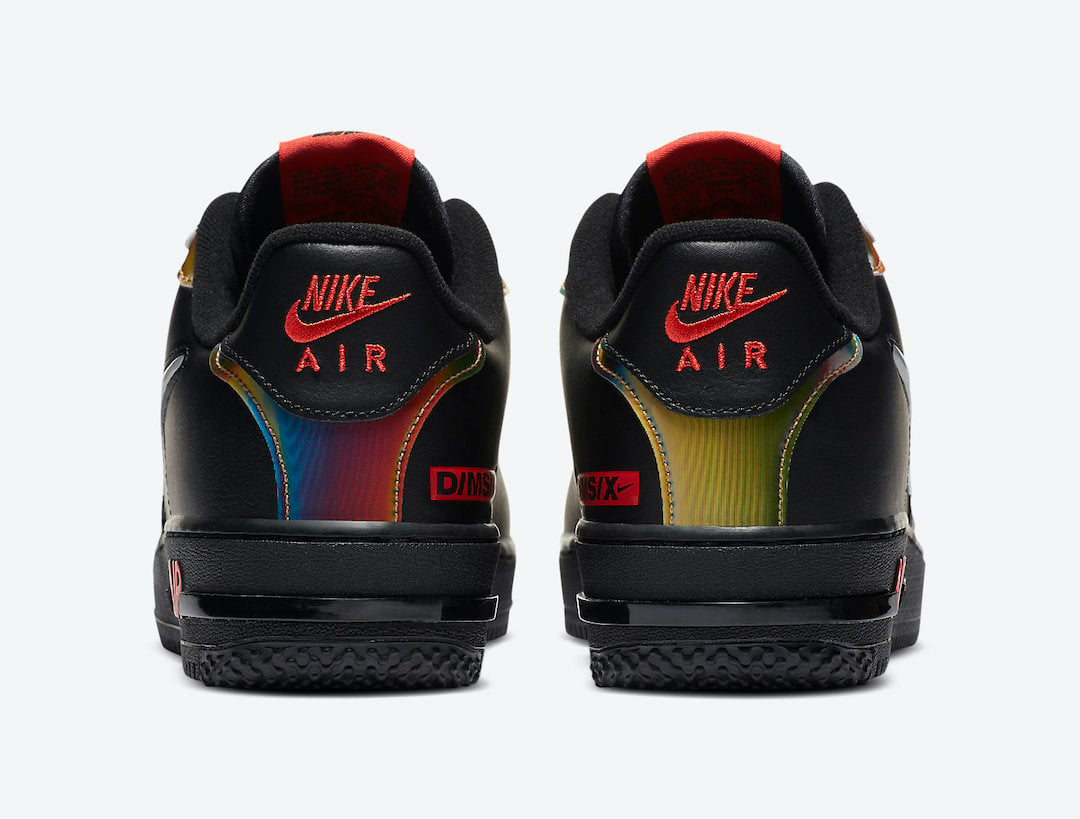