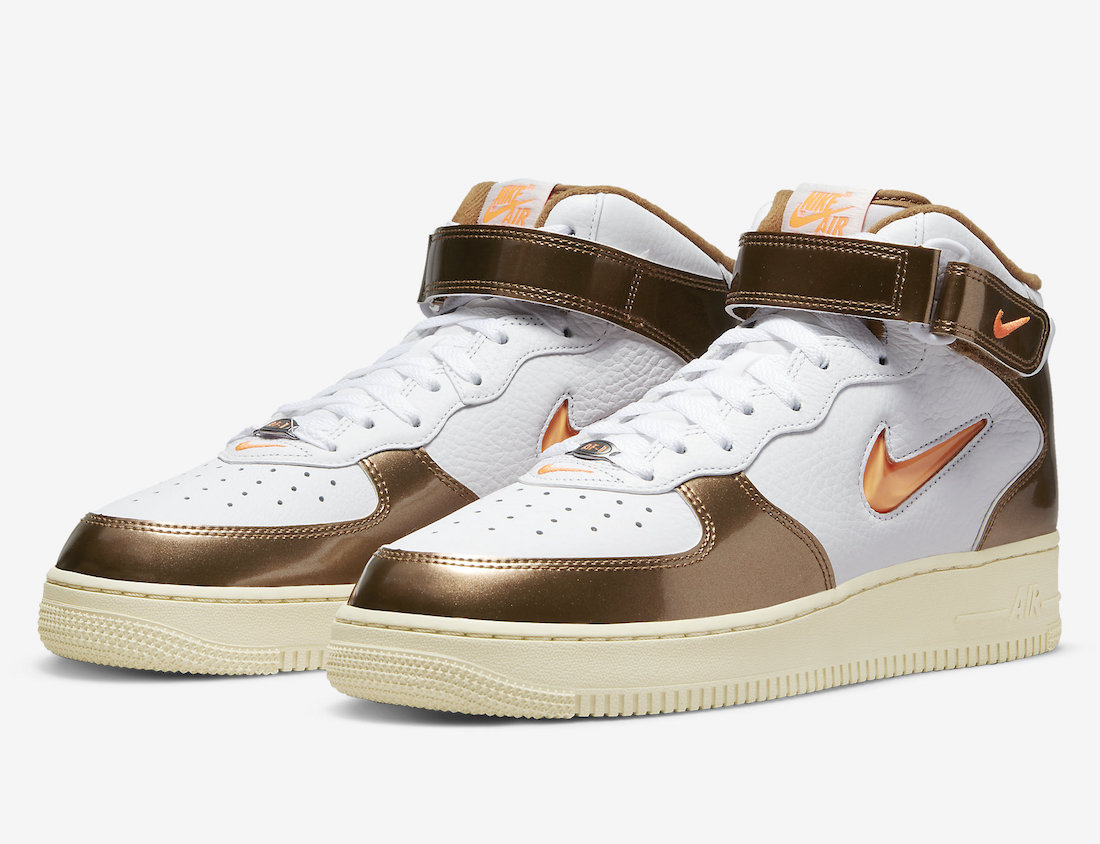 With the recent announcement of the ‘Independence Day’ returning, Nike will also launch an ‘Ale Brown’ iteration of the Air Force 1 Mid Jewel.

This Nike Air Force 1 Mid features a White, Total Orange, Ale Brown, and Beach color combination. Highlighted with White leather on the base while Metallic Ale Brown adorns the ankle strap and wraps the toe and heel. Next, Total Orange fills in the jewel Swoosh on the panel and branding on the tongue, strap, heel, and insoles. On the inside of the tongue, we have two cartoon-like Swooshes with the quote ‘Inside out or outside in, as long as you’re right within’ below it. Lastly, a Sail midsole and rubber outsole complete the look.

Below, you can check out more photos of the Nike Air Force 1 Mid ‘Ale Brown’ that will give you a closer look. A release will take place at select retailers and Nike.com on April 28th. The retail price is $140. As soon as we have more information, we will make sure to update you. 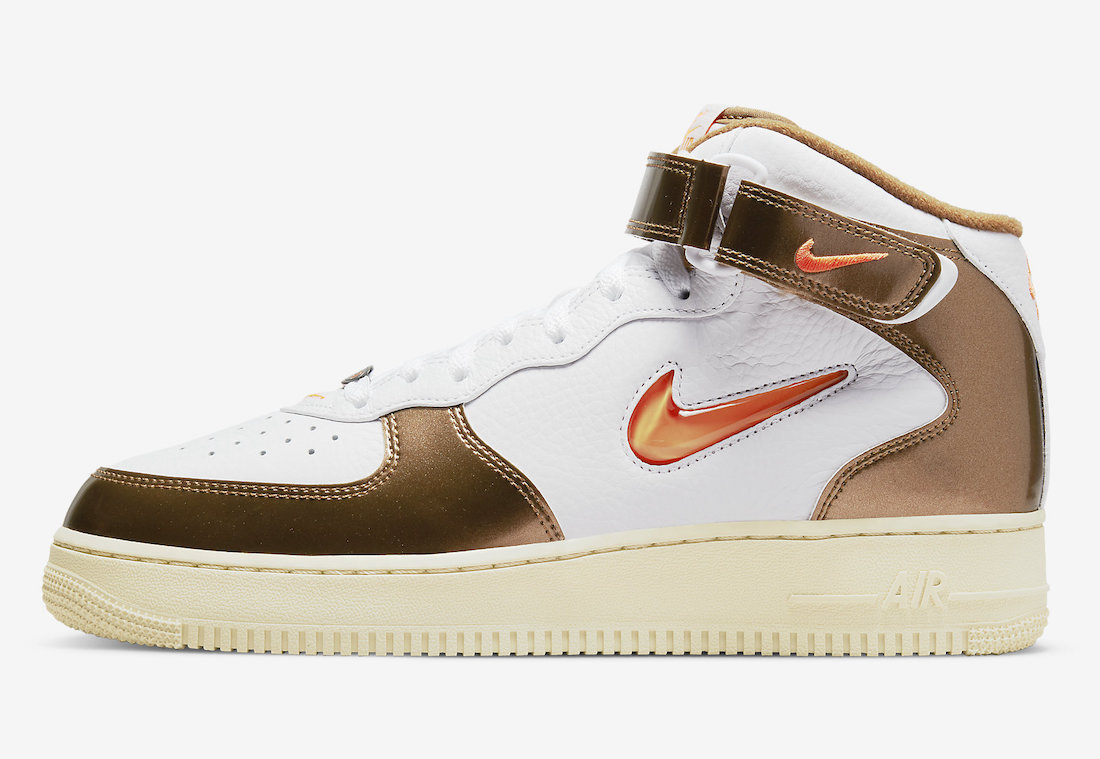 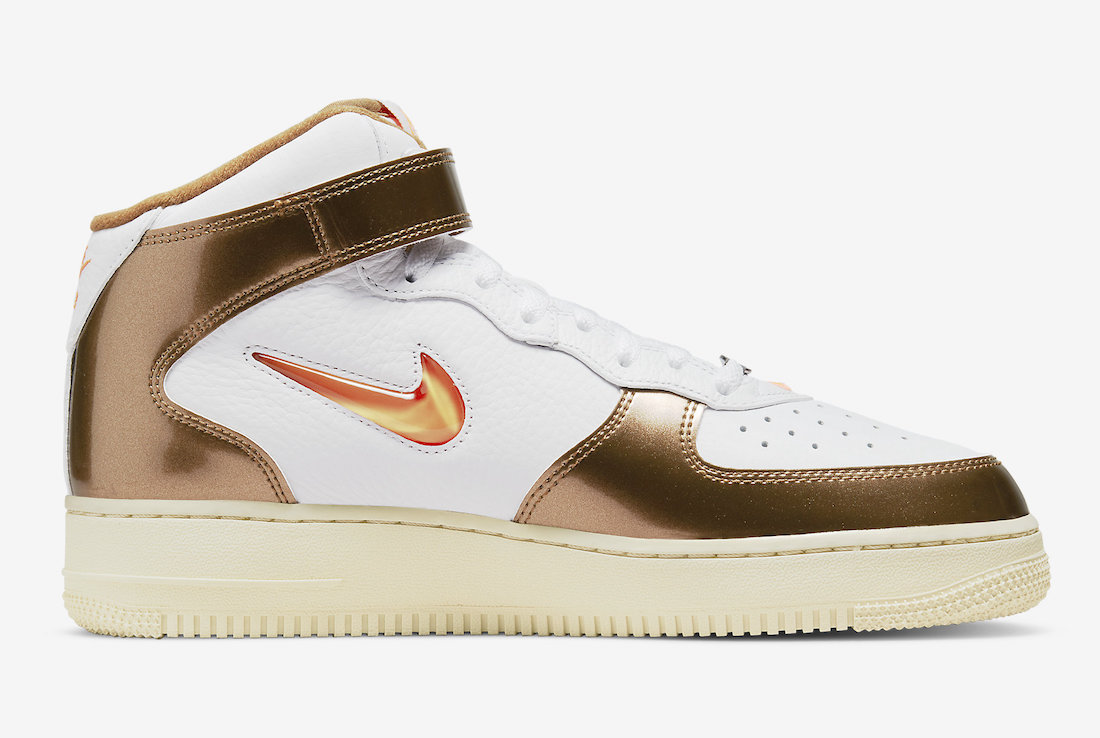 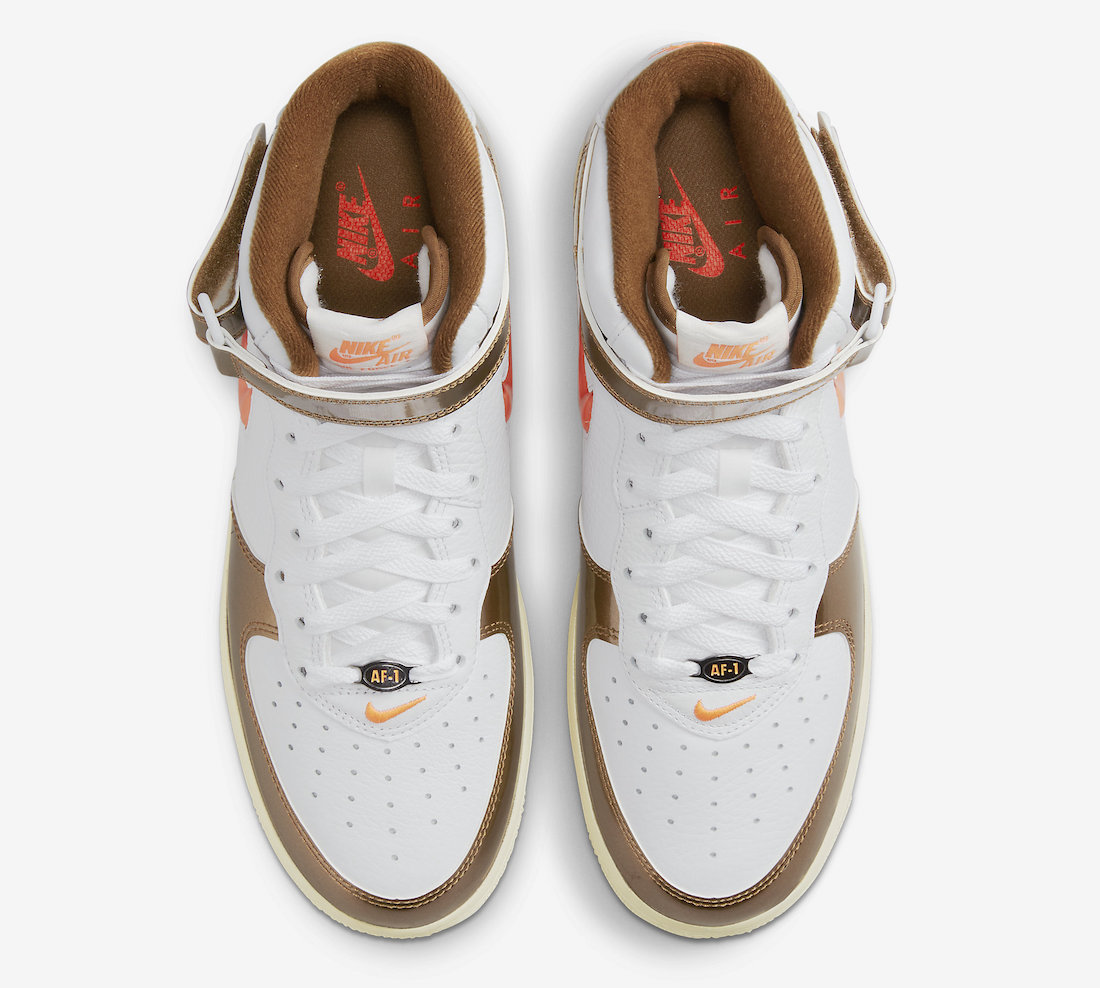 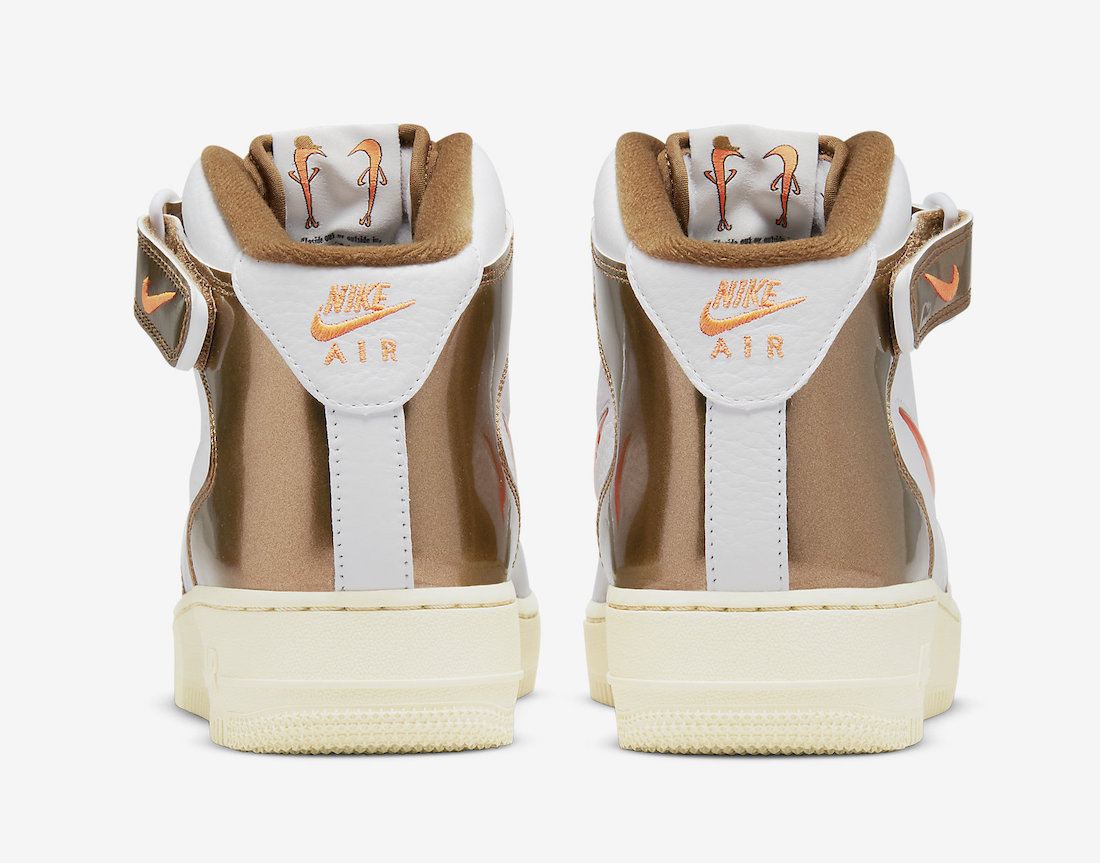 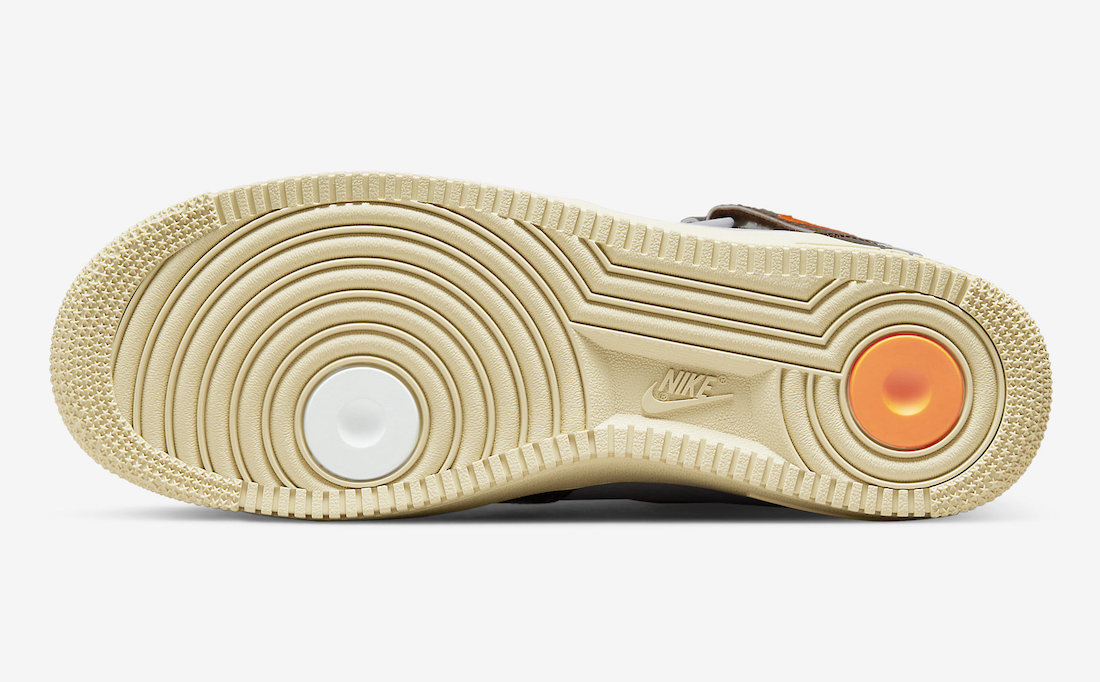 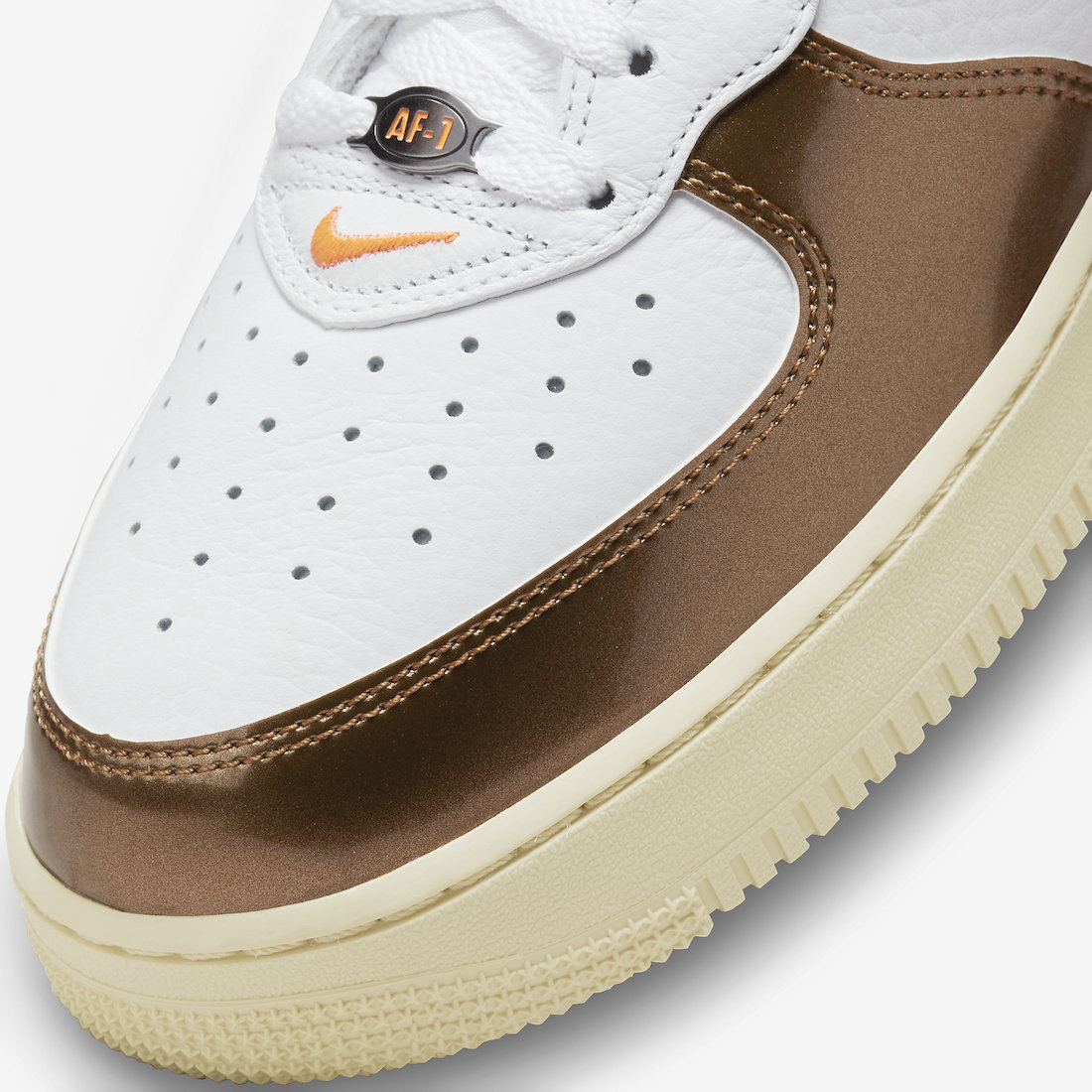 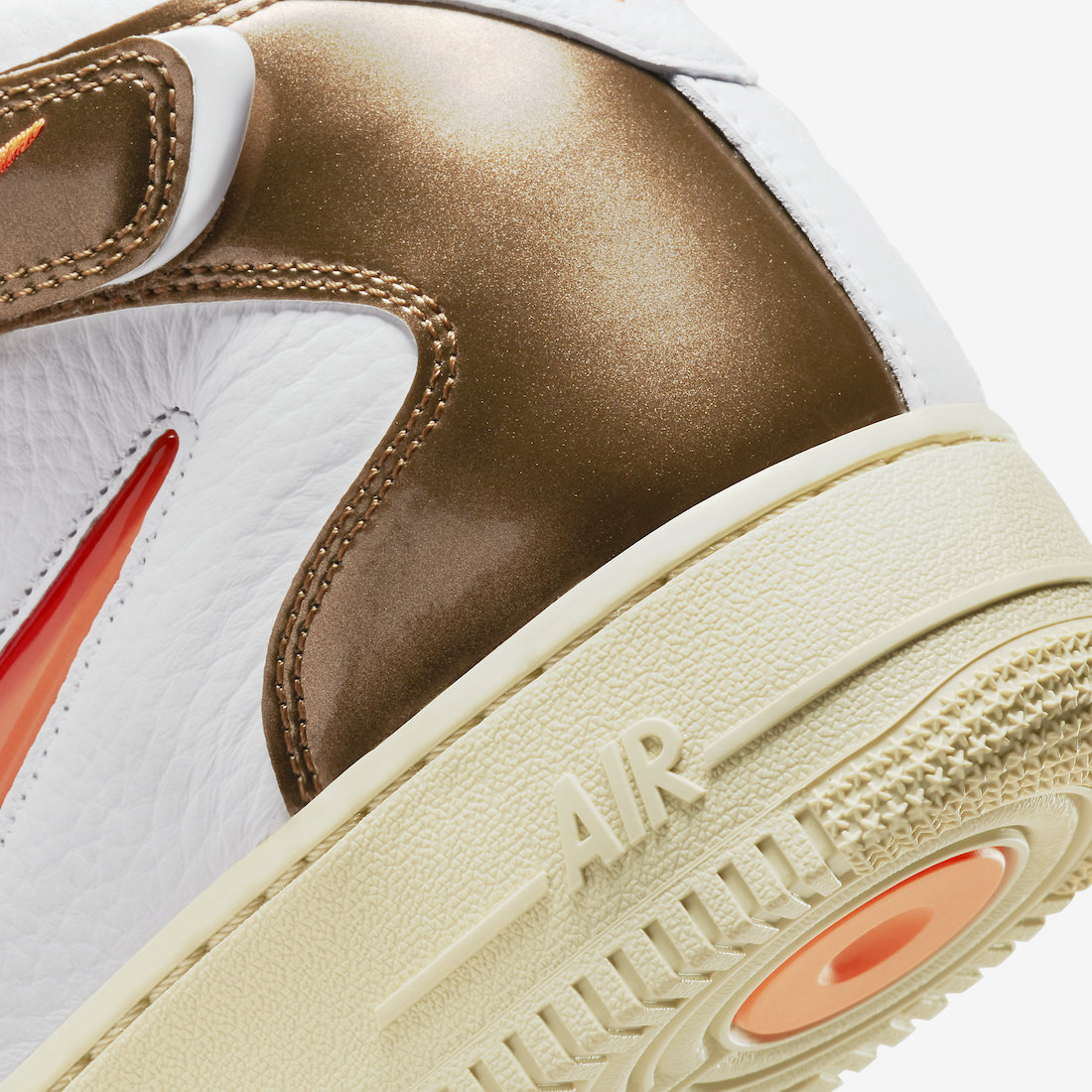 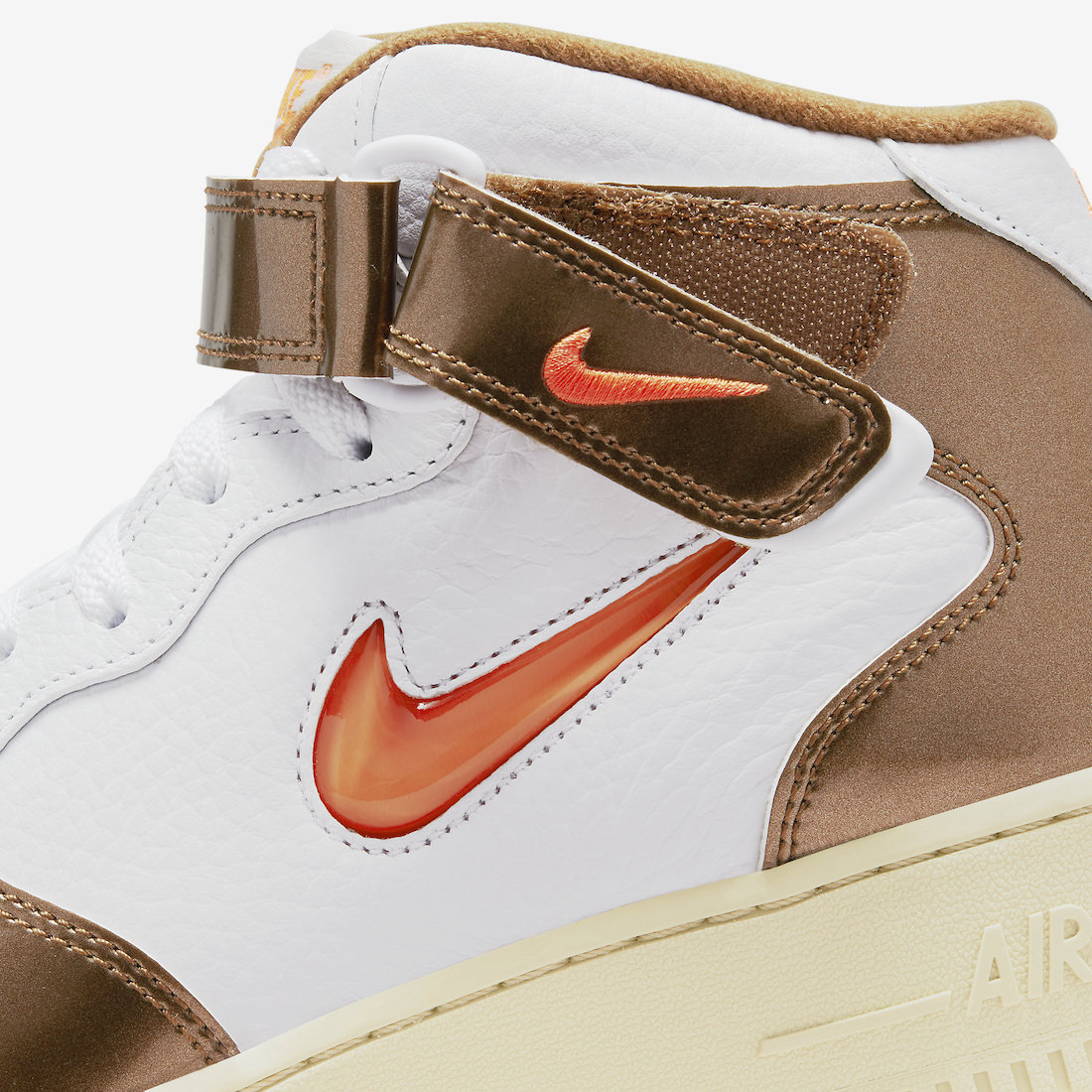 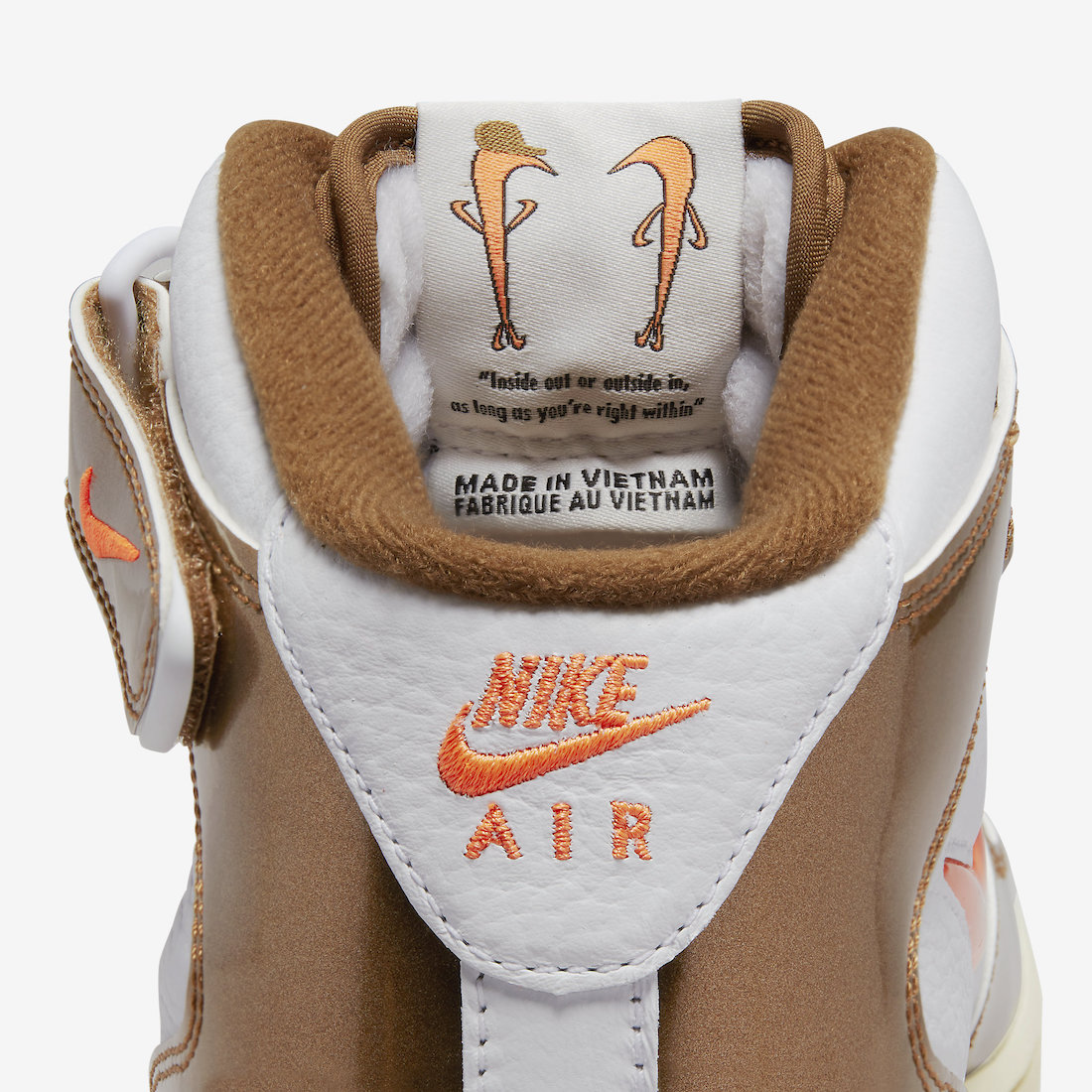