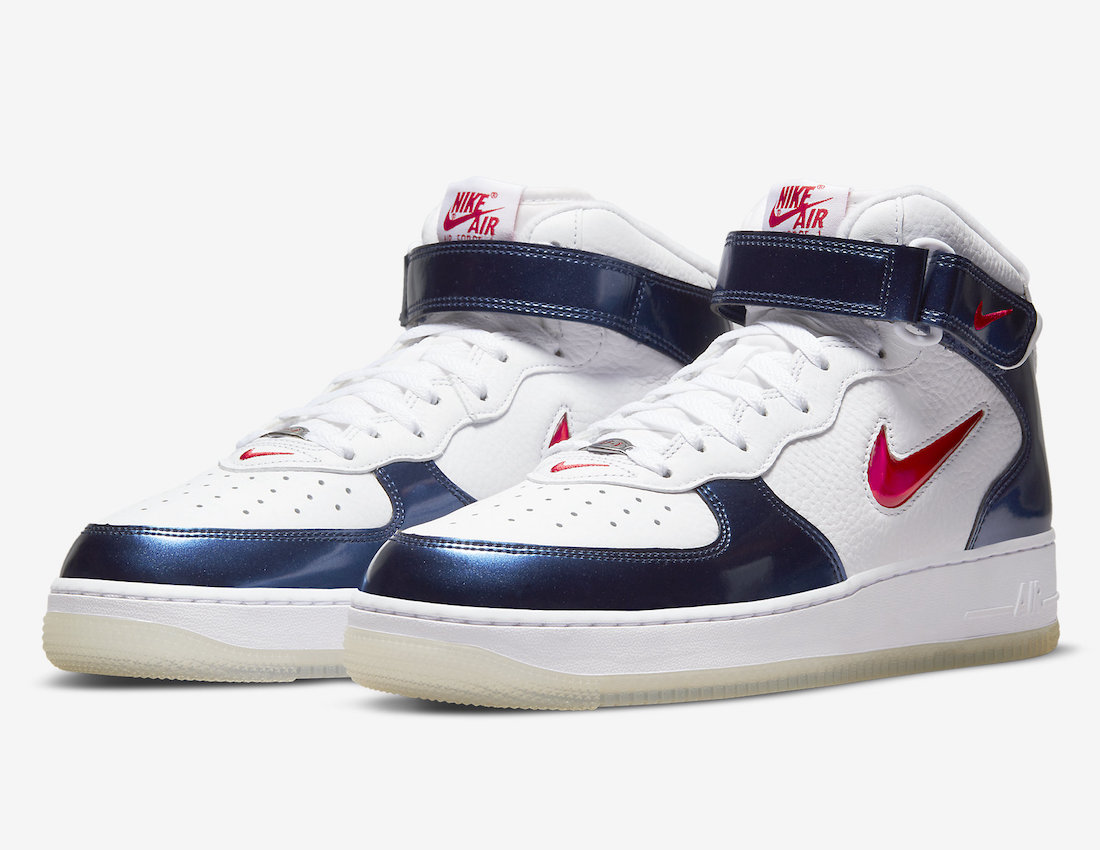 The Nike Air Force 1 Mid ‘Independence Day’ was originally released in 1997 and to celebrate the 40th Anniversary of the Air Force 1, Nike will re-release the pair in 2022.

This Nike Air Force 1 Mid comes dressed in a White, Varsity Red, and Midnight Navy color combination. As you can see, the pair resembles the original release, utilizing White leather on the upper while Blue shiny leather runs across the ankle strap, heel, and wraps the toe. Next, Red appears on the Jewel Swoosh, ankle strap branding, and Nike Air branding on the tongue and heel. Lastly, a White midsole and a translucent outsole complete the look.

You can expect the Nike Air Force 1 Mid ‘Independence Day’ to release at select retailers and Nike.com in early 2022. Once we have more information, we will make sure to update you. For now, scroll below for more photos that will give you a closer look. 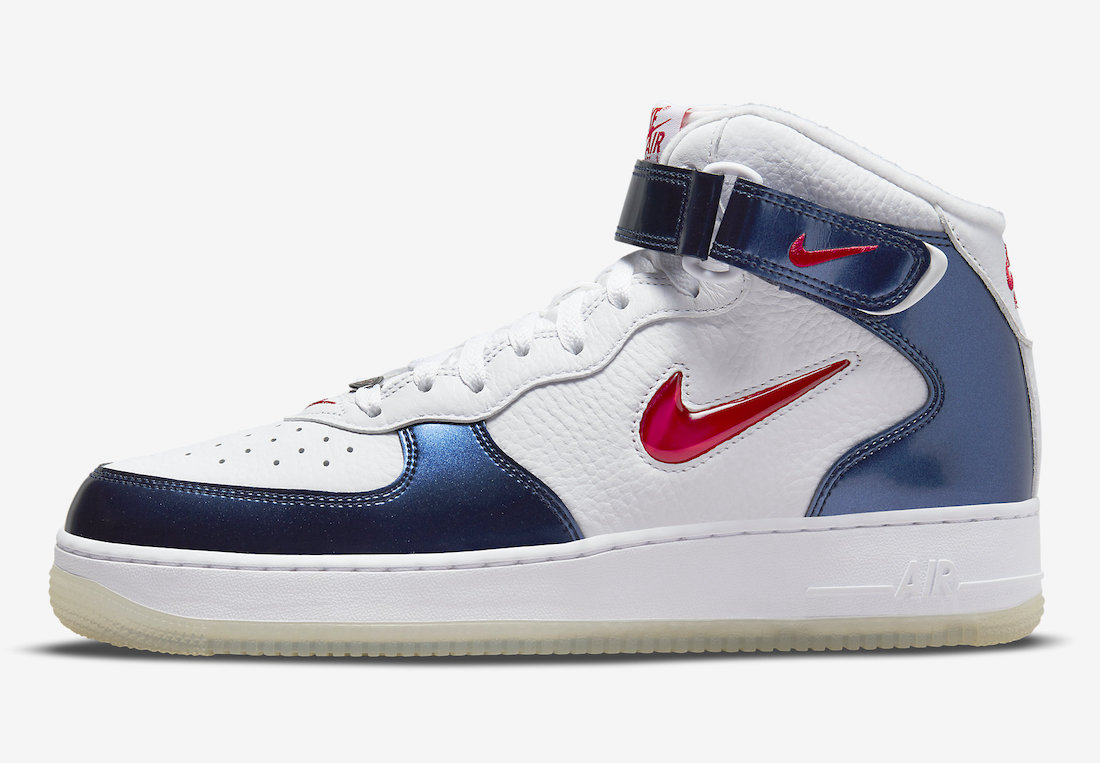 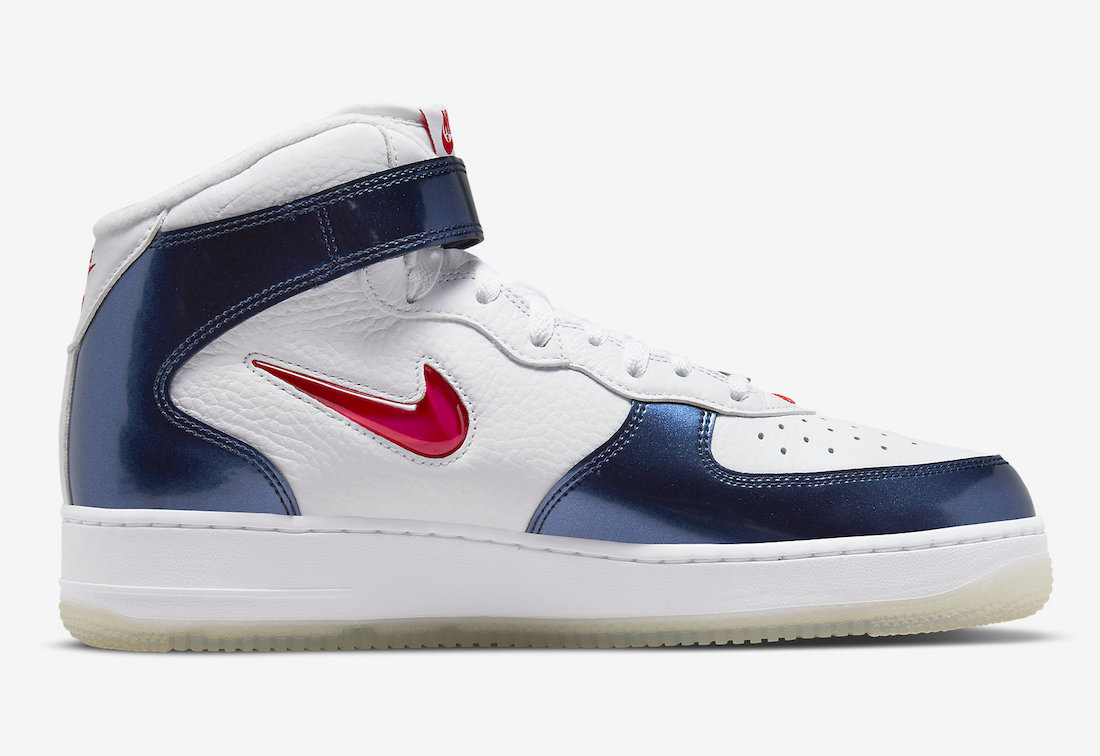 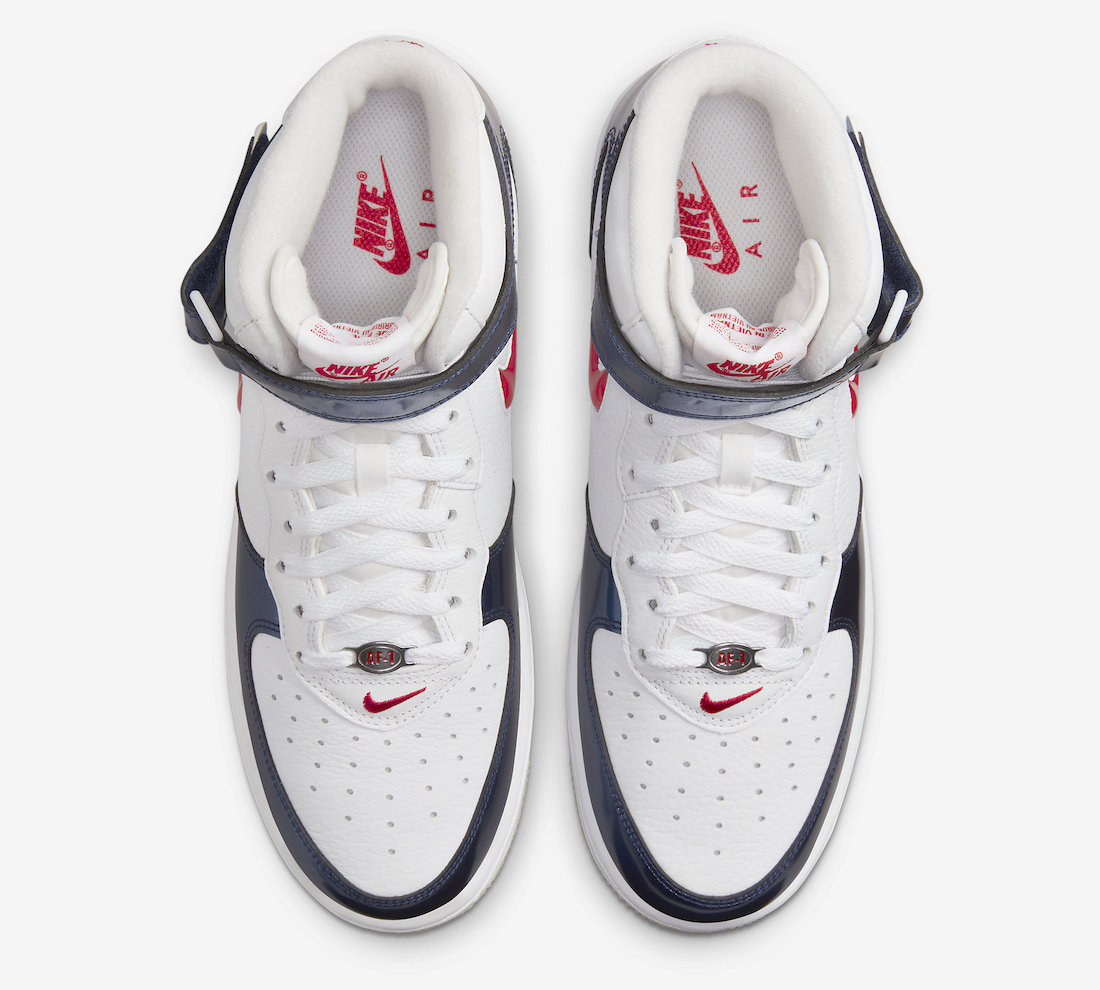 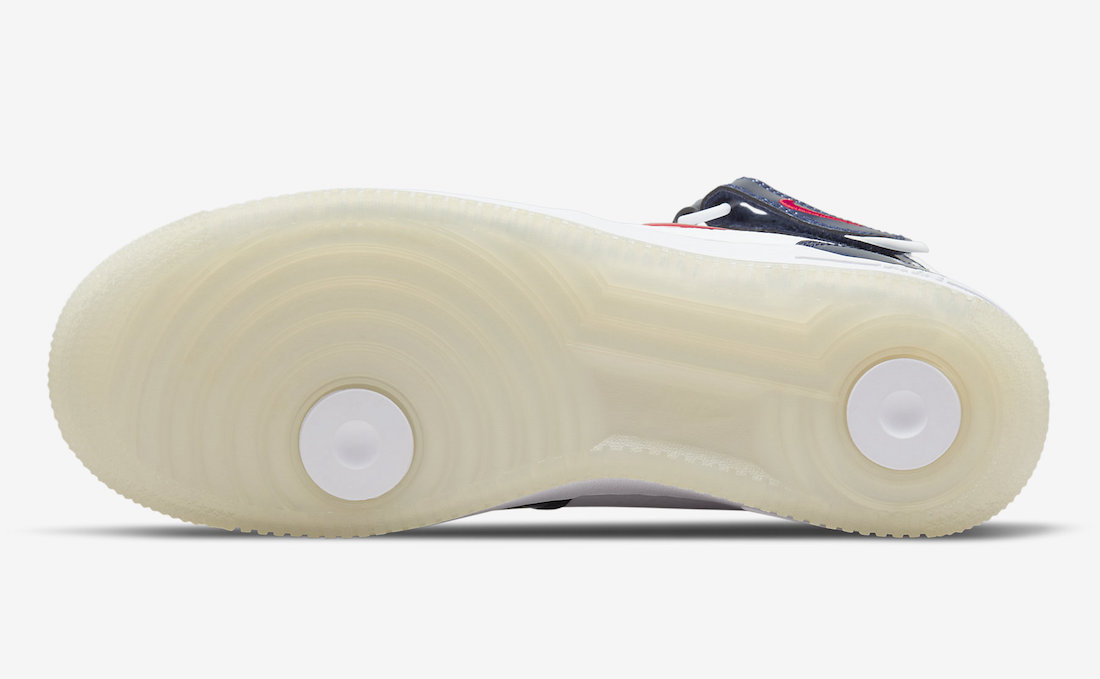 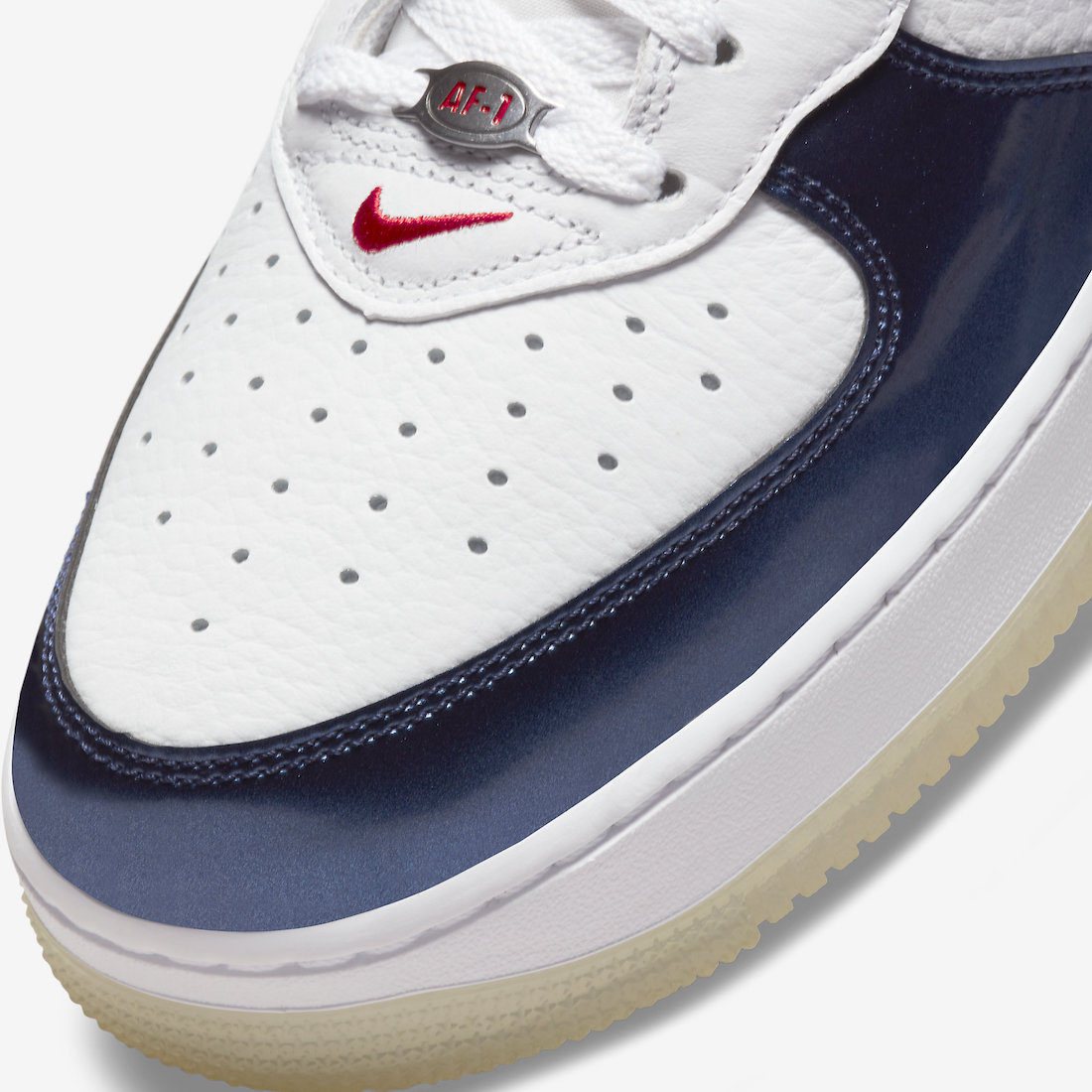 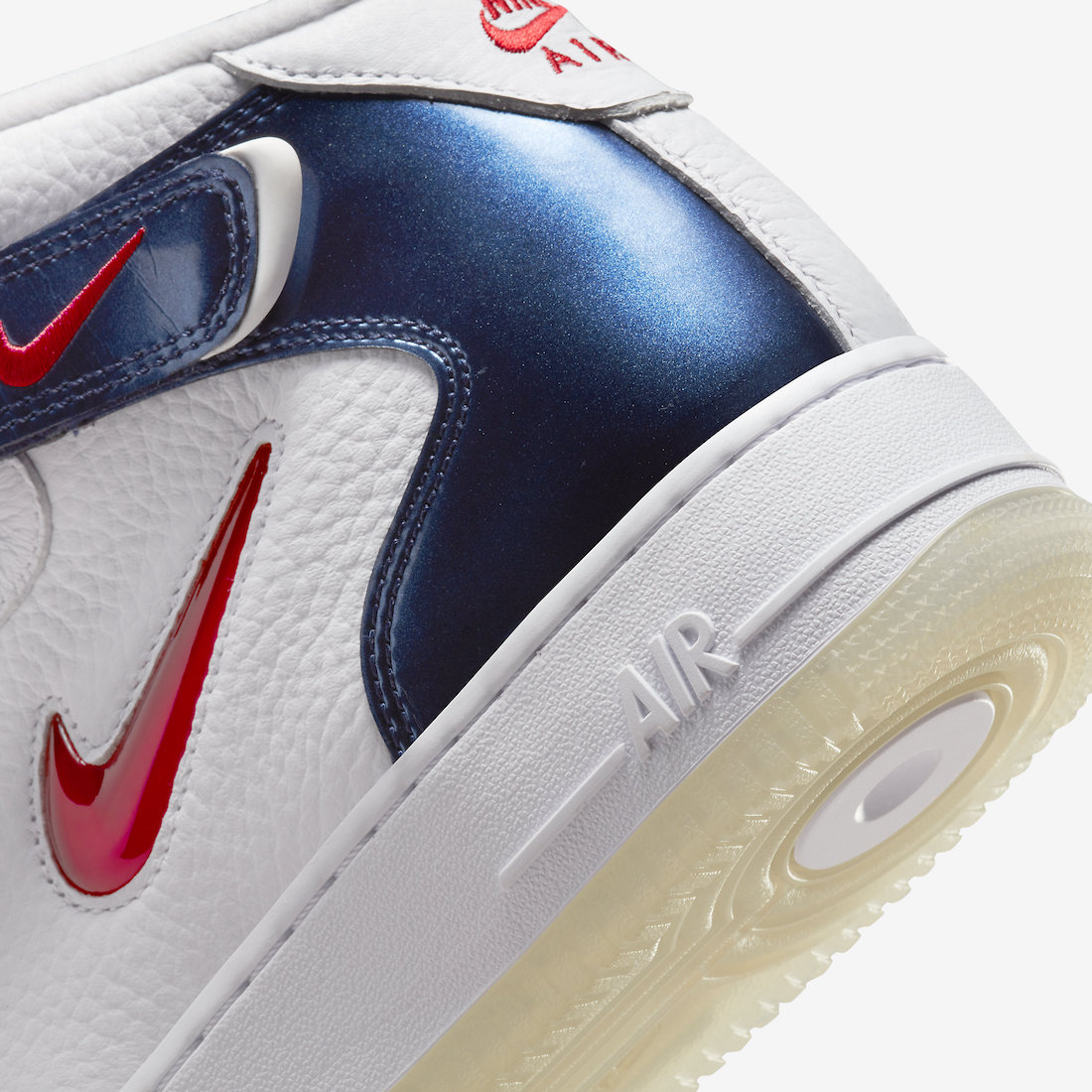 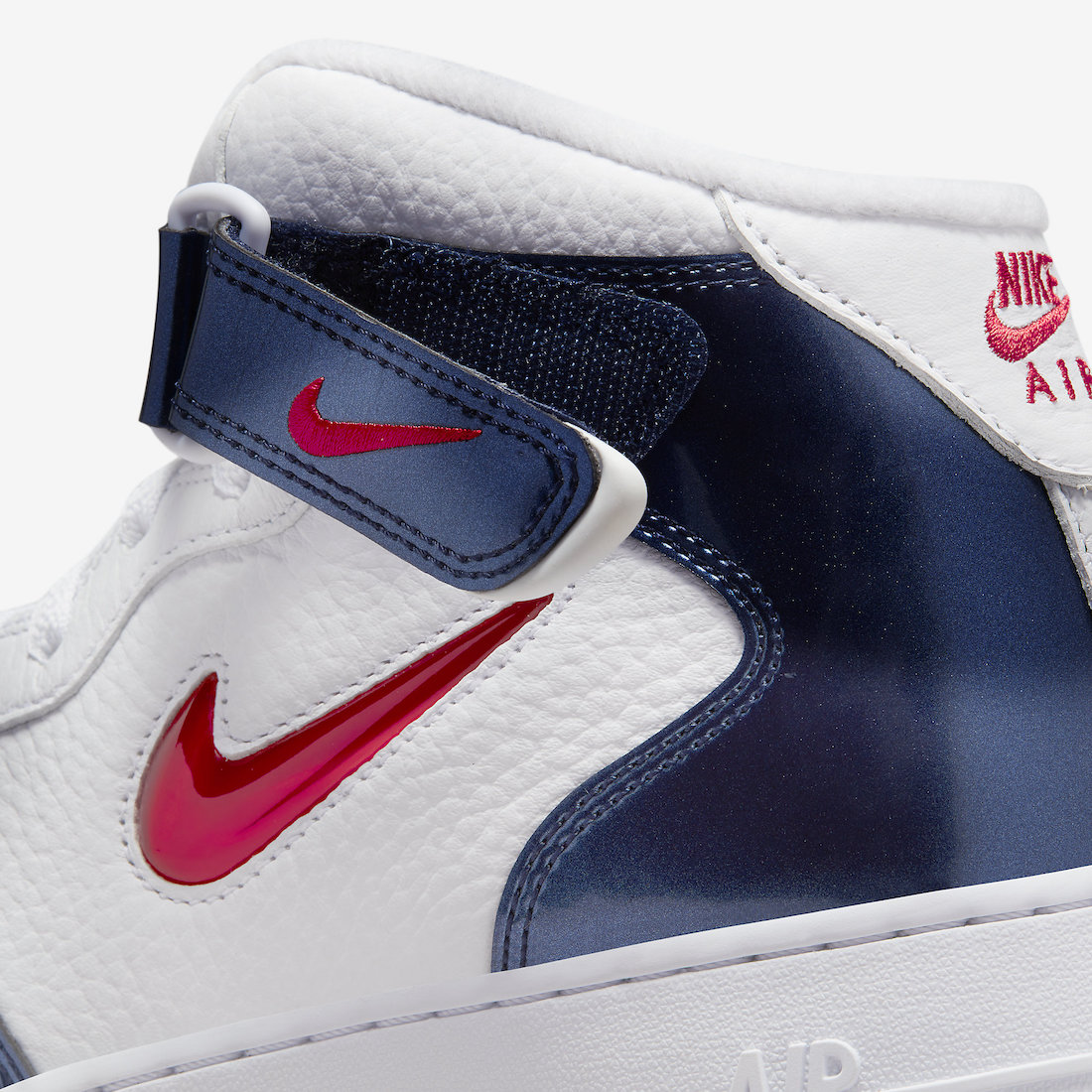 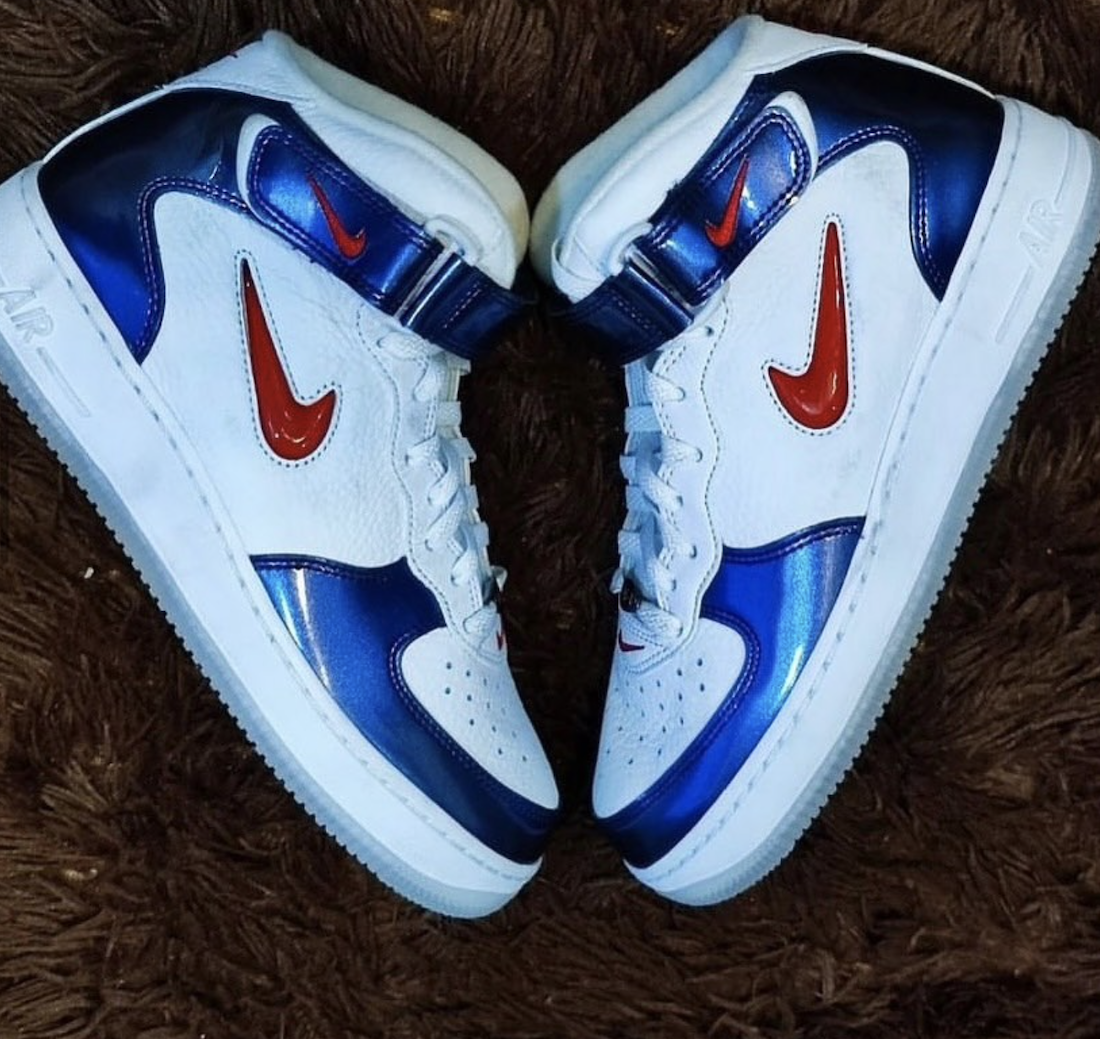 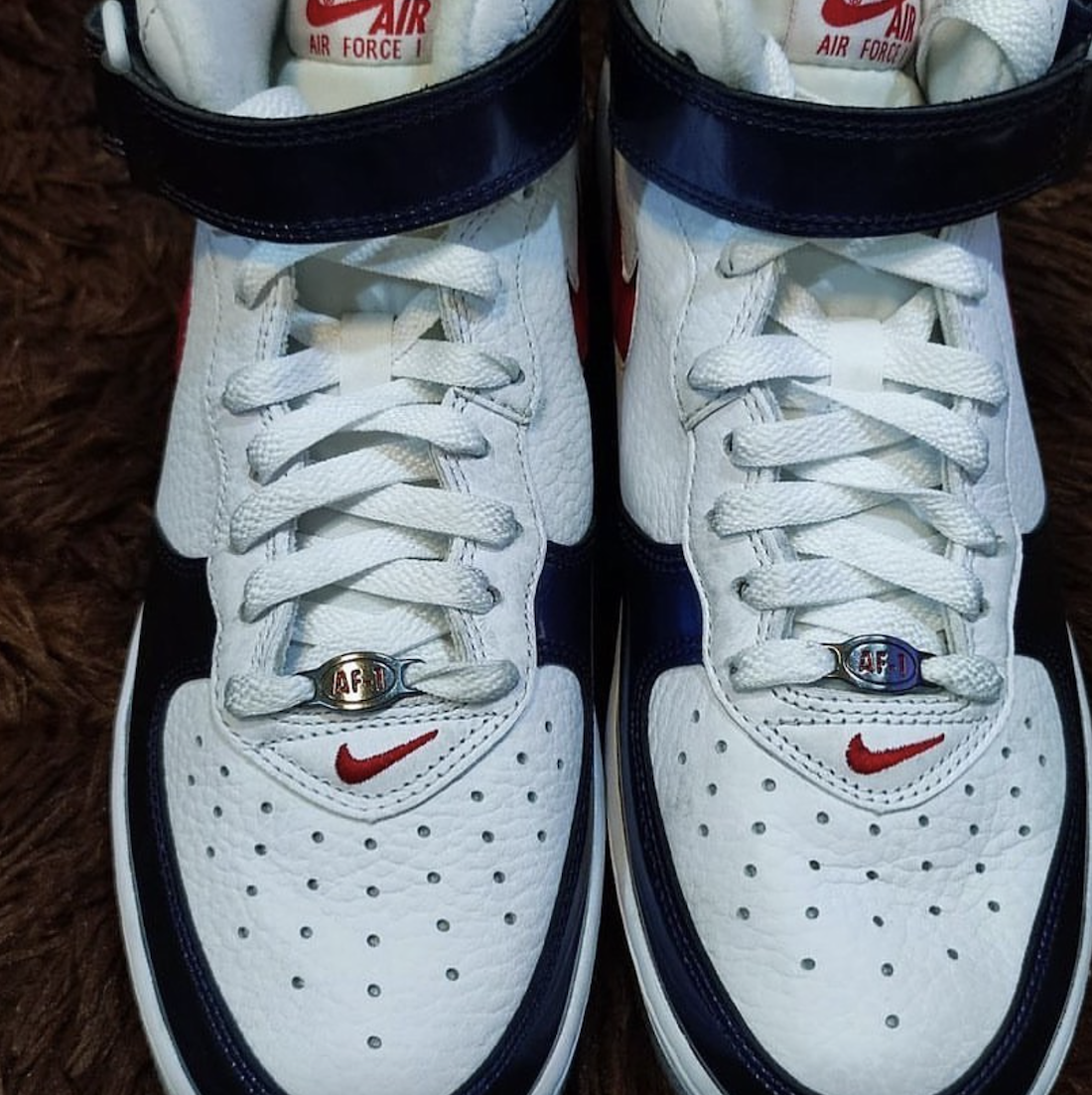 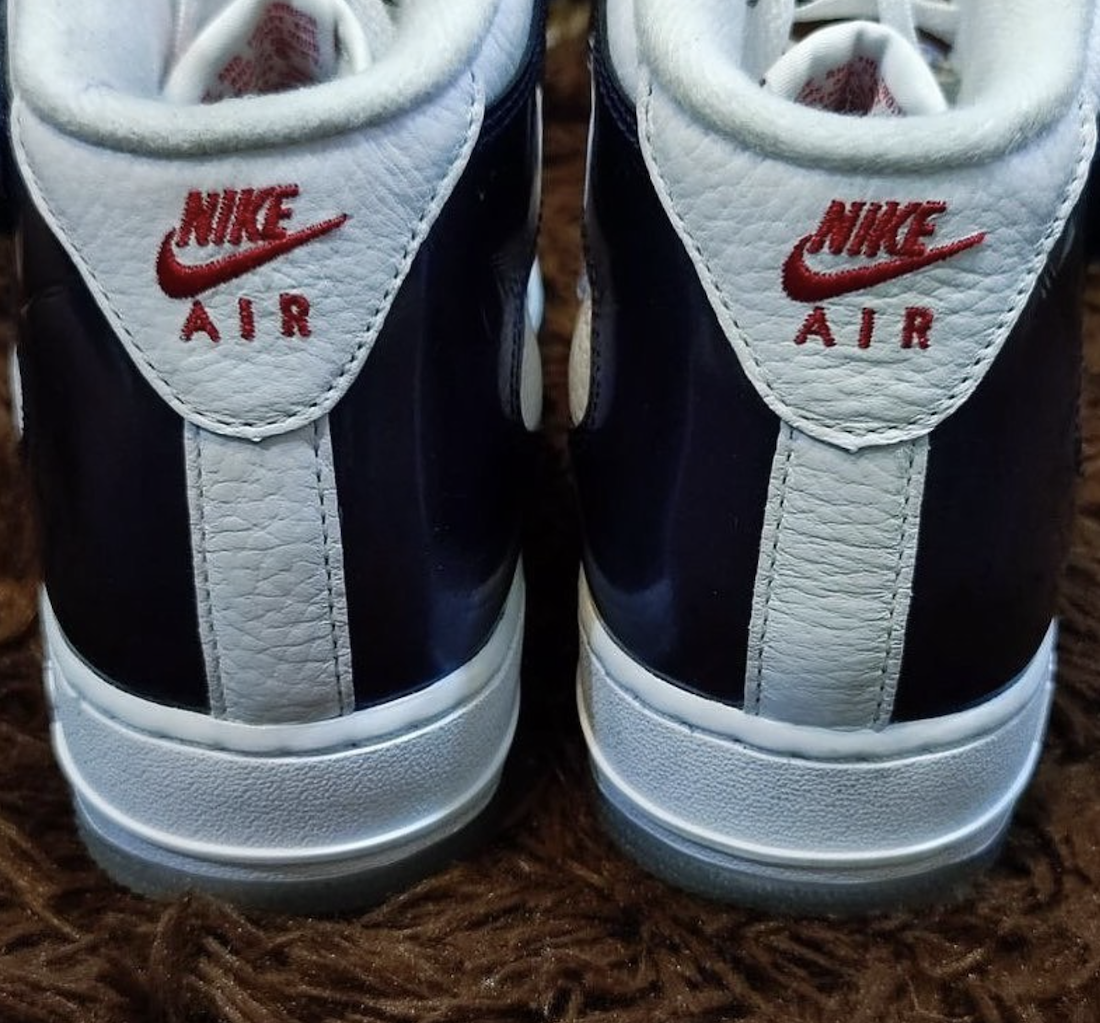