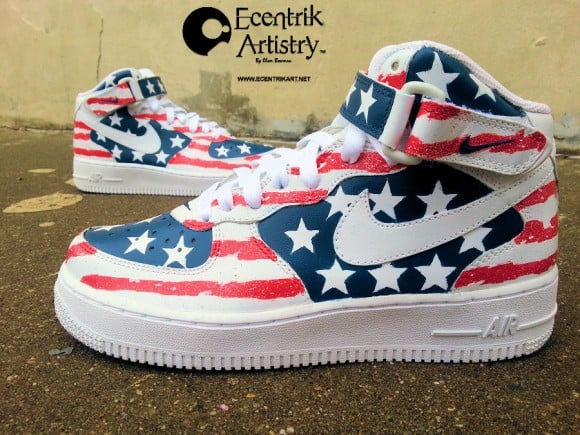 Today, we pay our respects to those who have served our country and helped to secure our safety here in the U.S. Ecentrik Artistry is paying homage to all of those who served in his unique way, by creating a new AF1 project, fully suited up in the classic red, white and blue colorway.

These customs are awesome, because ‘Merica, that’s why! But seriously, we’ve seen American Flag themes, but this specific design is great and quite fitting for Memorial Day. What could be more patriotic that Air Force 1s decked out in American insignia? Exactly! If these kicks make you feel some type of way, head over to Ecentrik Artistry’s online shop, and cop you pair. 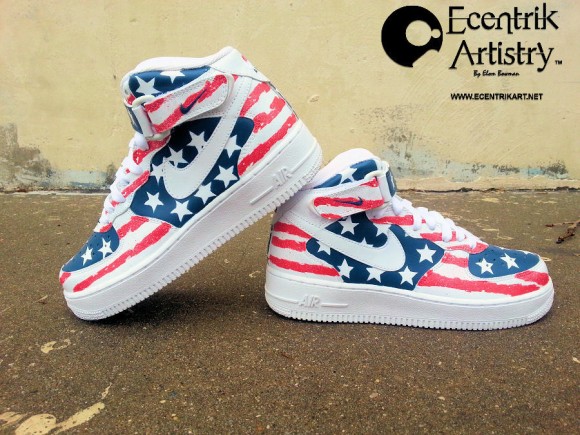 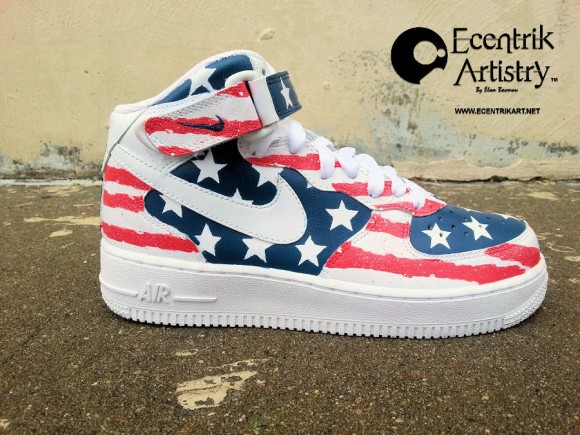 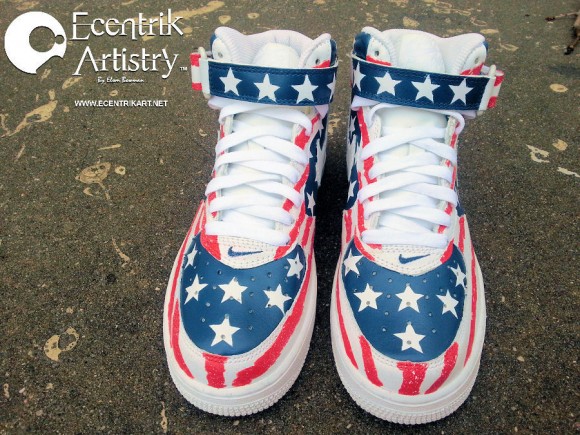