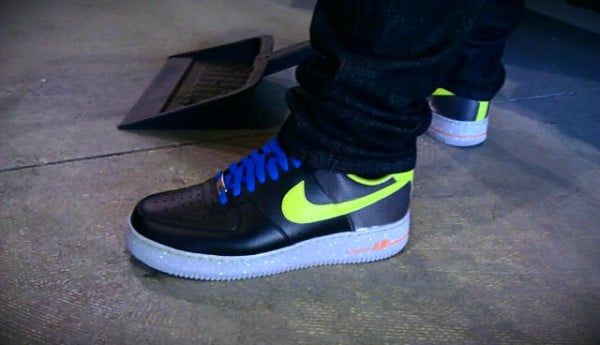 Joining the kicks for 2012, the 30th anniversary of the Air Force 1, is the pair seen here. Sporting a black leather upper, the kicks utilize blue laces and hits of yellow on the Swoosh and heel tab while orange makes up the midsole branding. The craziest part of these, however, is clearly the glittery sole.

Checkout this glimpse at the kicks, courtesy of RegularOlTy, and stay tuned for more Air Force 1s throughout 2012.