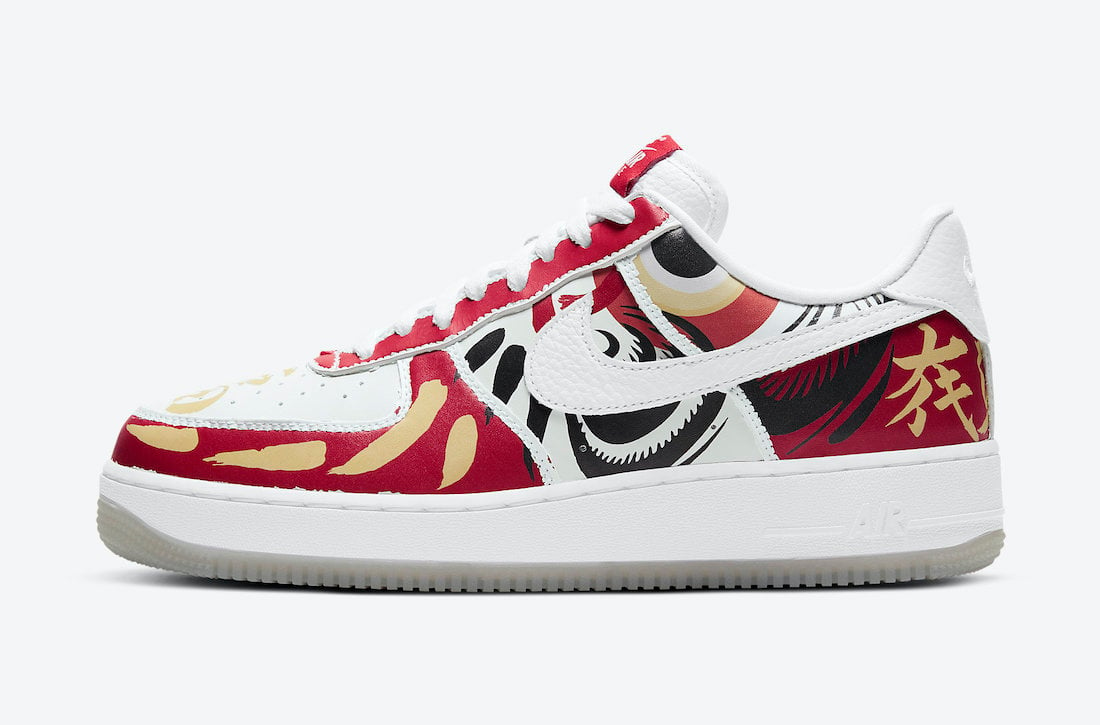 Nike Sportswear will release the Nike Air Force 1 Low ‘I Believe’ in early 2021. Furthermore, the pair connects with Japanese culture, specifically the Daruma doll, and has hidden unique detailing.

This Nike Air Force 1 features a simple theme on the surface, but eventually, the upper will wear-away. As you can see, it comes with White smooth leather across the base while tumbled leather appears on the tongue, Swoosh, and heel. Next, we have ‘I Believe’ text and a Daruma doll on the lateral heel and left insole. Following, once the panels wear away, it will showcase a close-up of the doll. In addition, the doll will come in Red shades, Chinese characters throughout, and Gold streaks. Finally, a White midsole and a translucent outsole finish the look.

You can expect the Nike Air Force 1 Low ‘I Believe Daruma’ to release at select retailers exclusively in Japan on January 9th. As soon as we have more information, we will make sure to update you. For now, scroll below for more images that will give you a closer look.

Update (1/4): The Nike Air Force 1 Low ‘I Believe Daruma’ will release exclusively in Japan at retailers like BAIT and atmos Tokyo on January 9th. 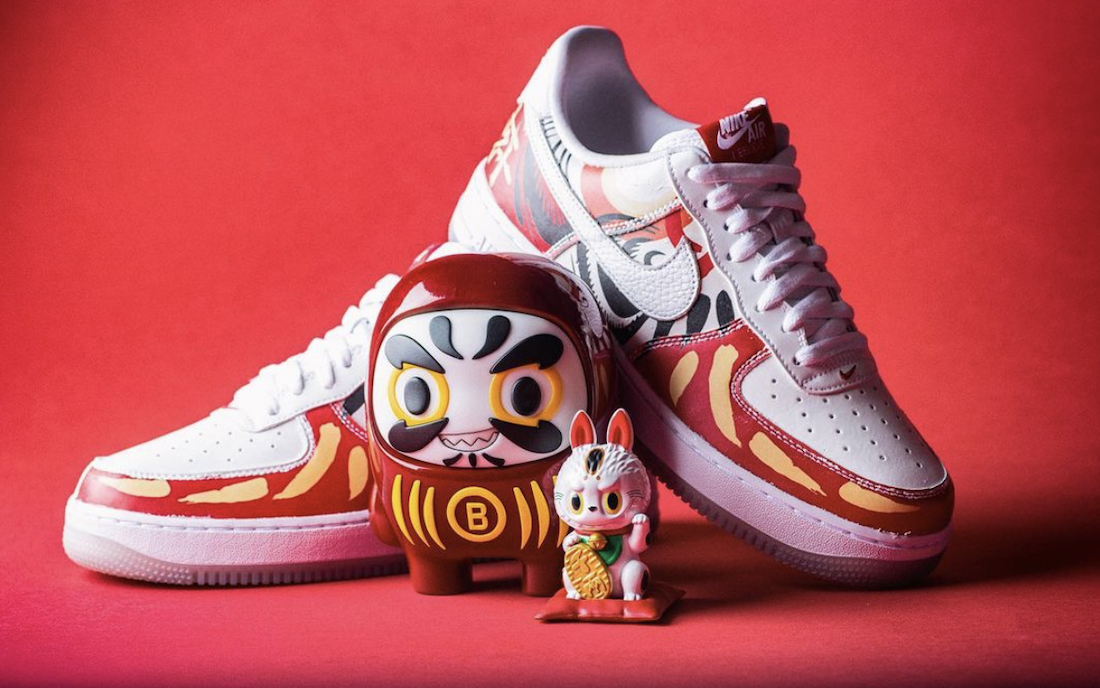 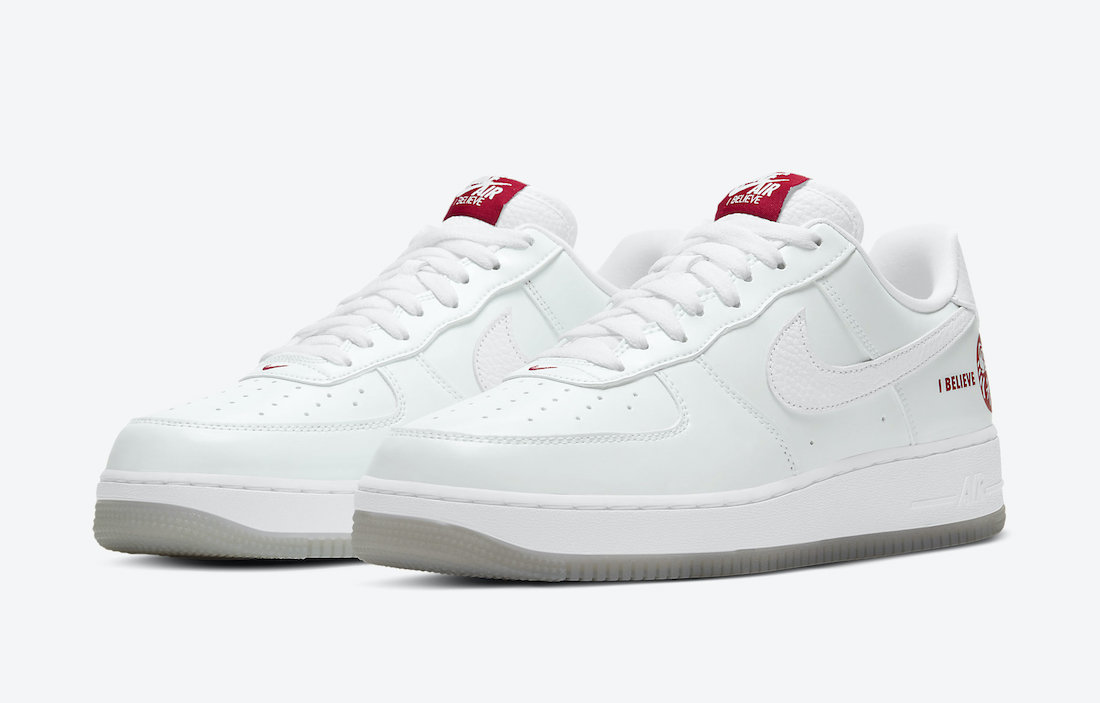 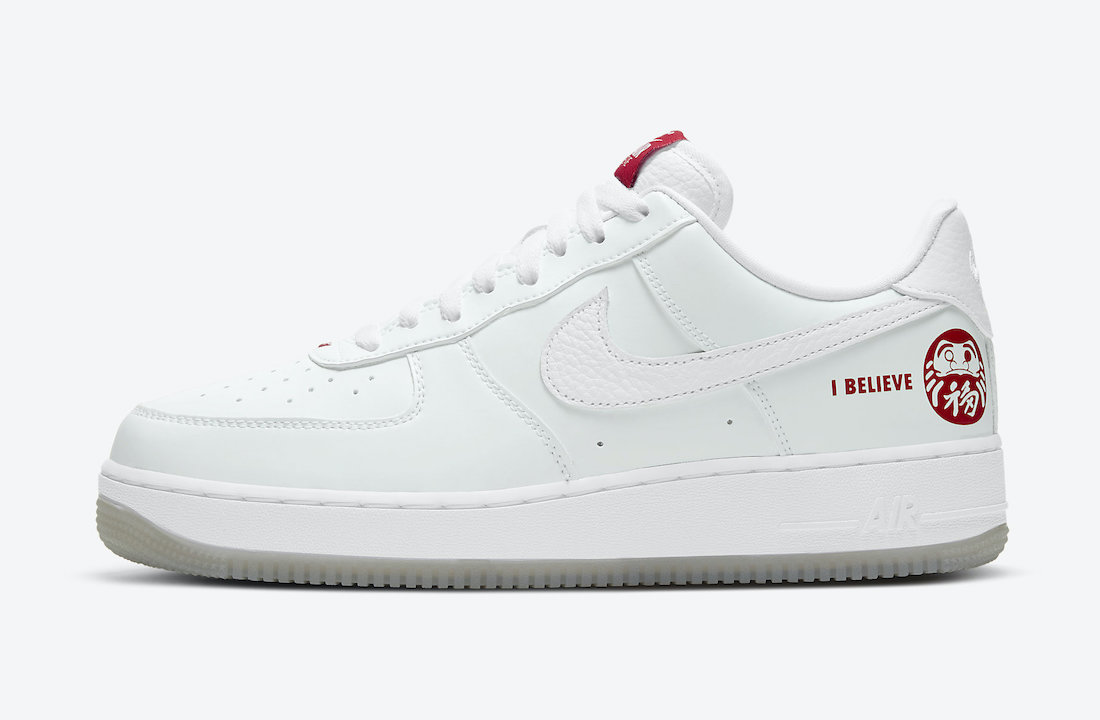 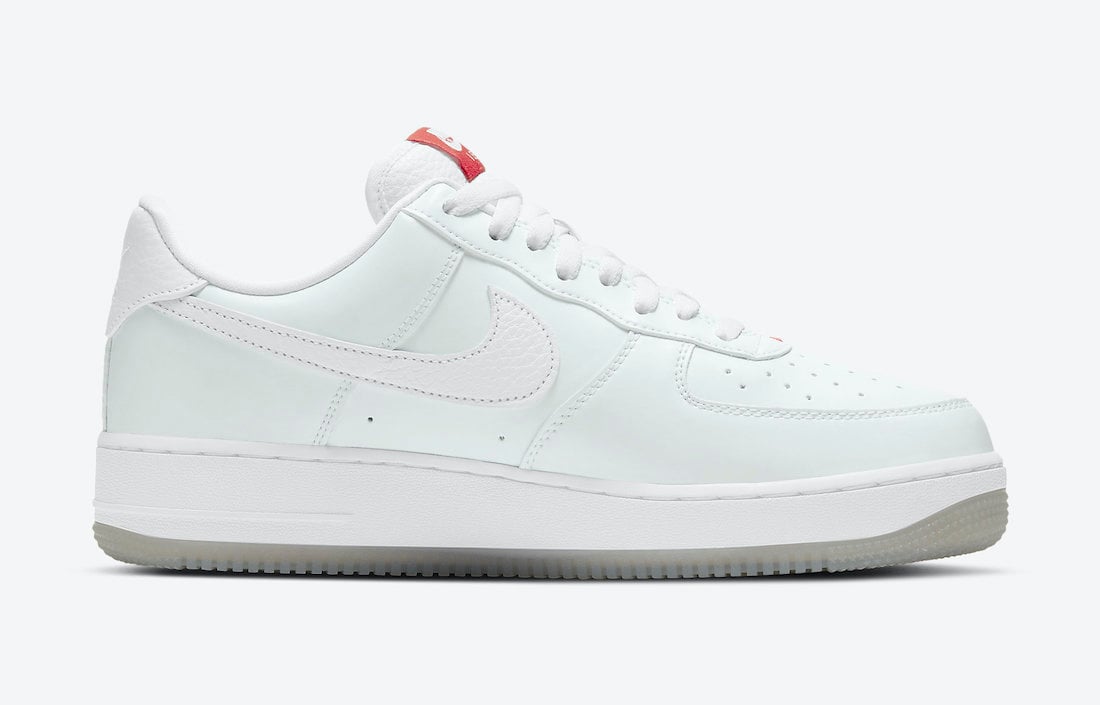 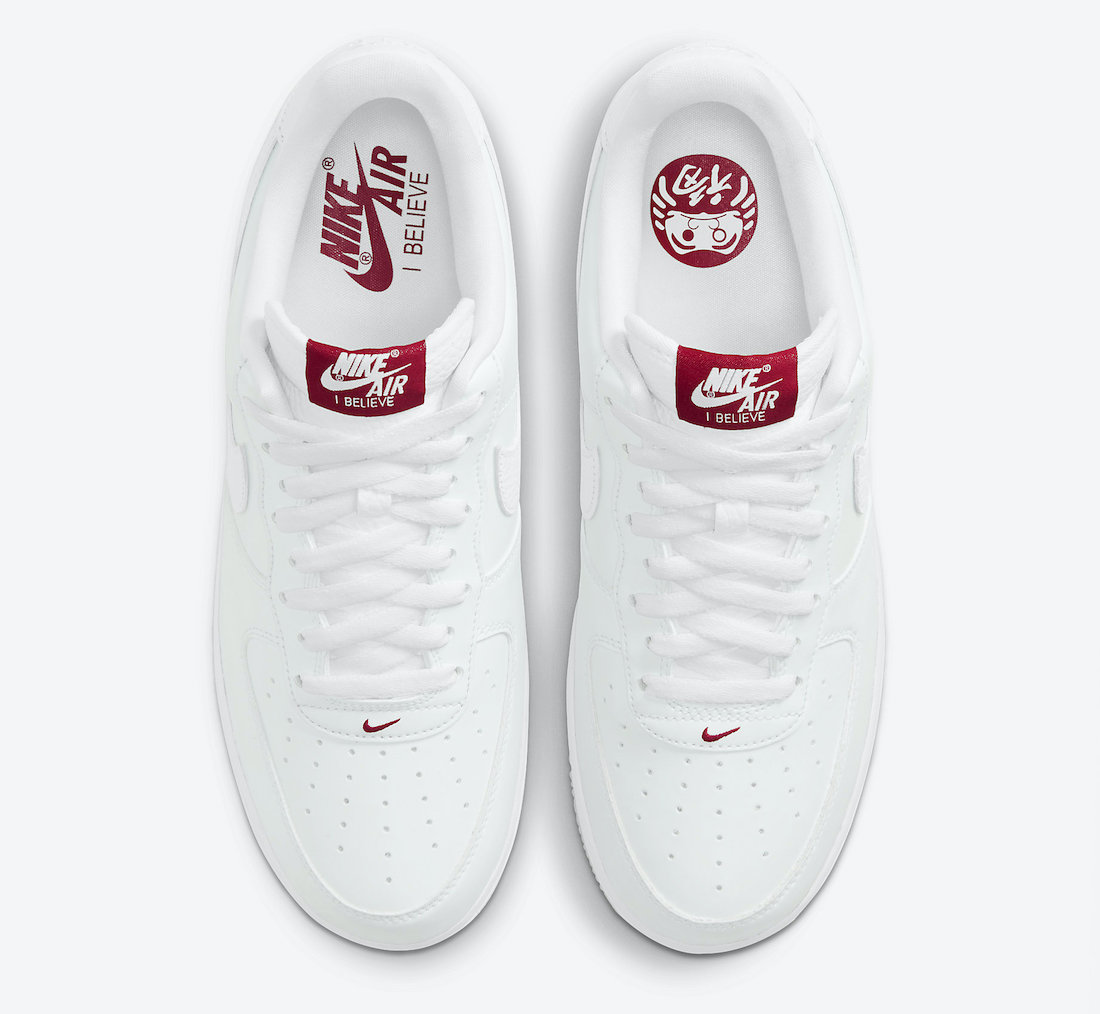 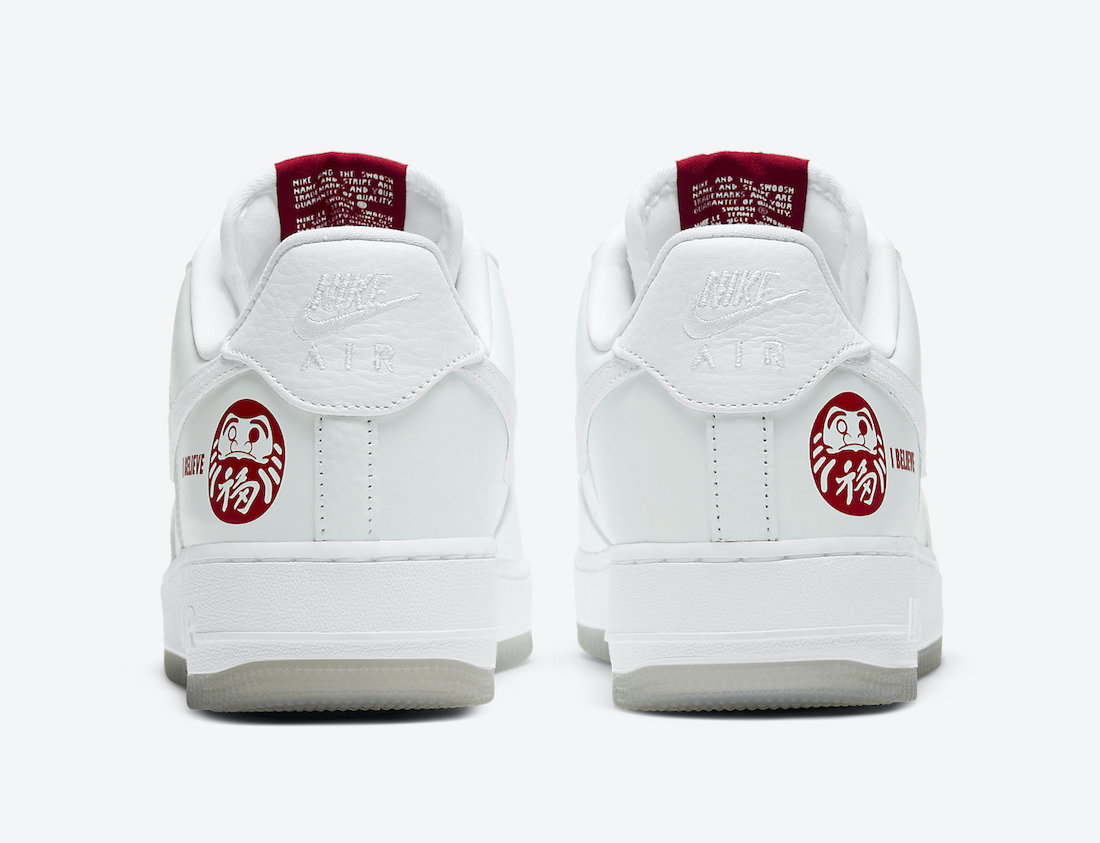 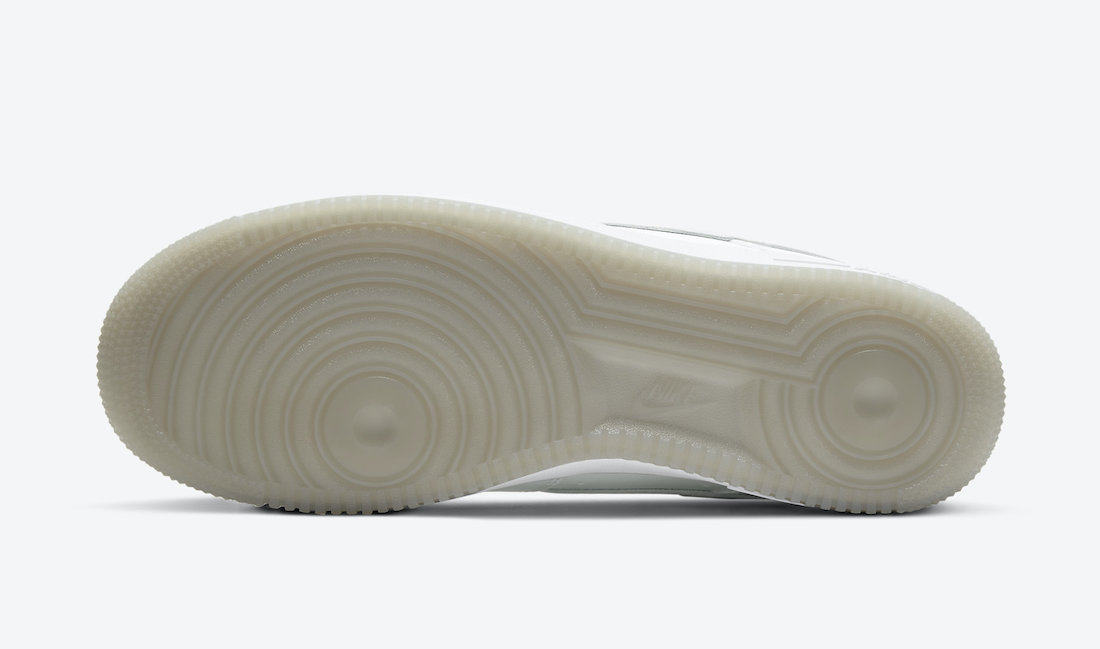 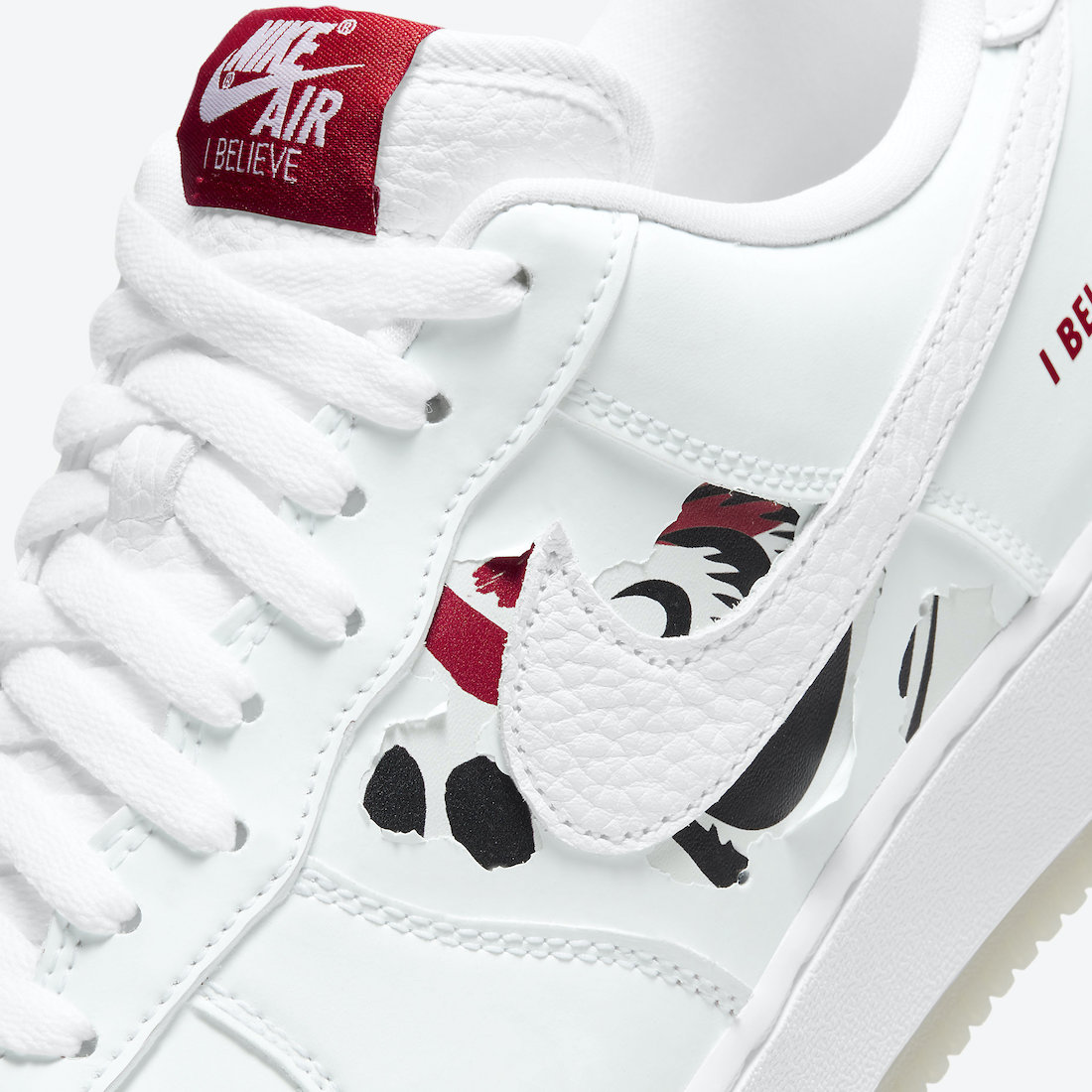 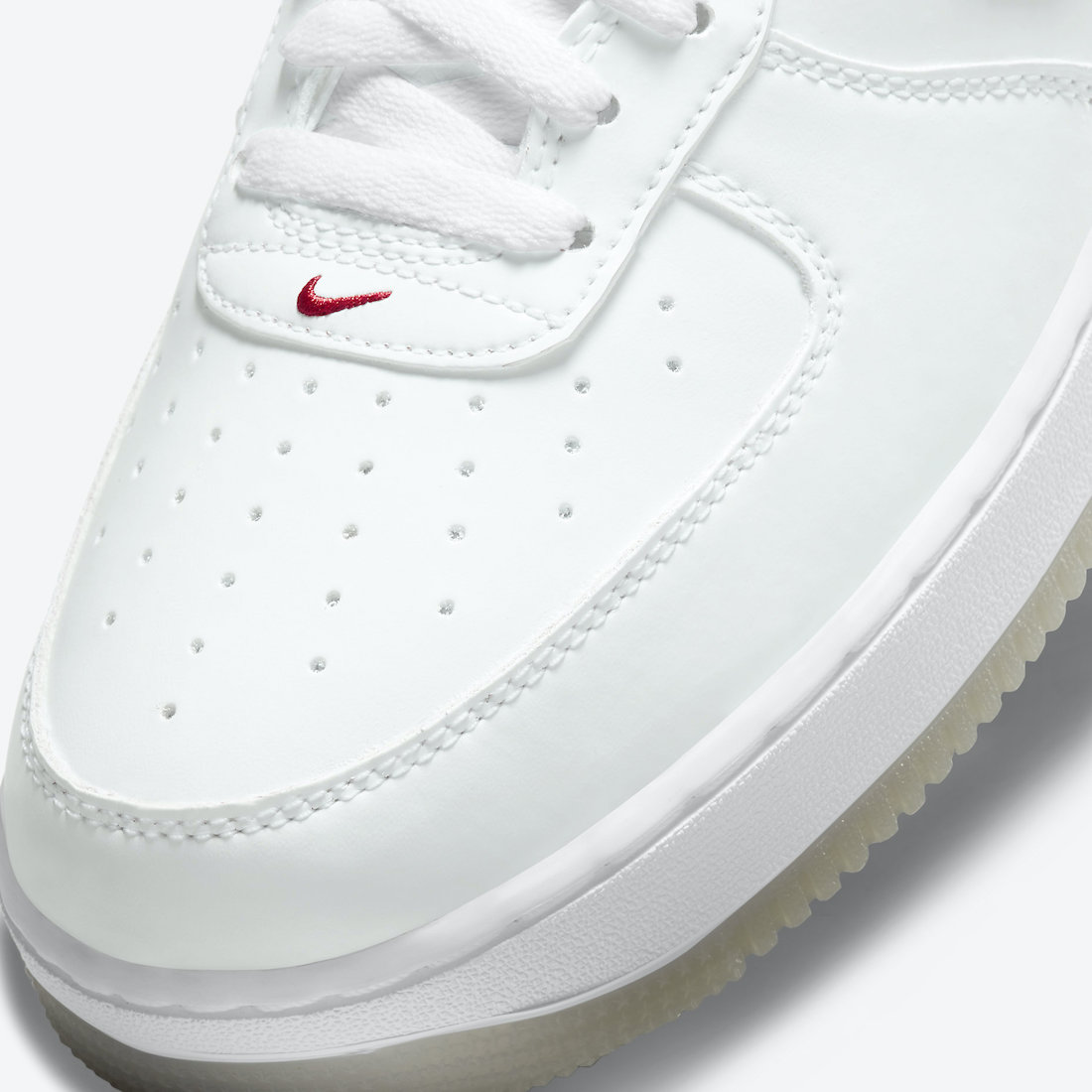 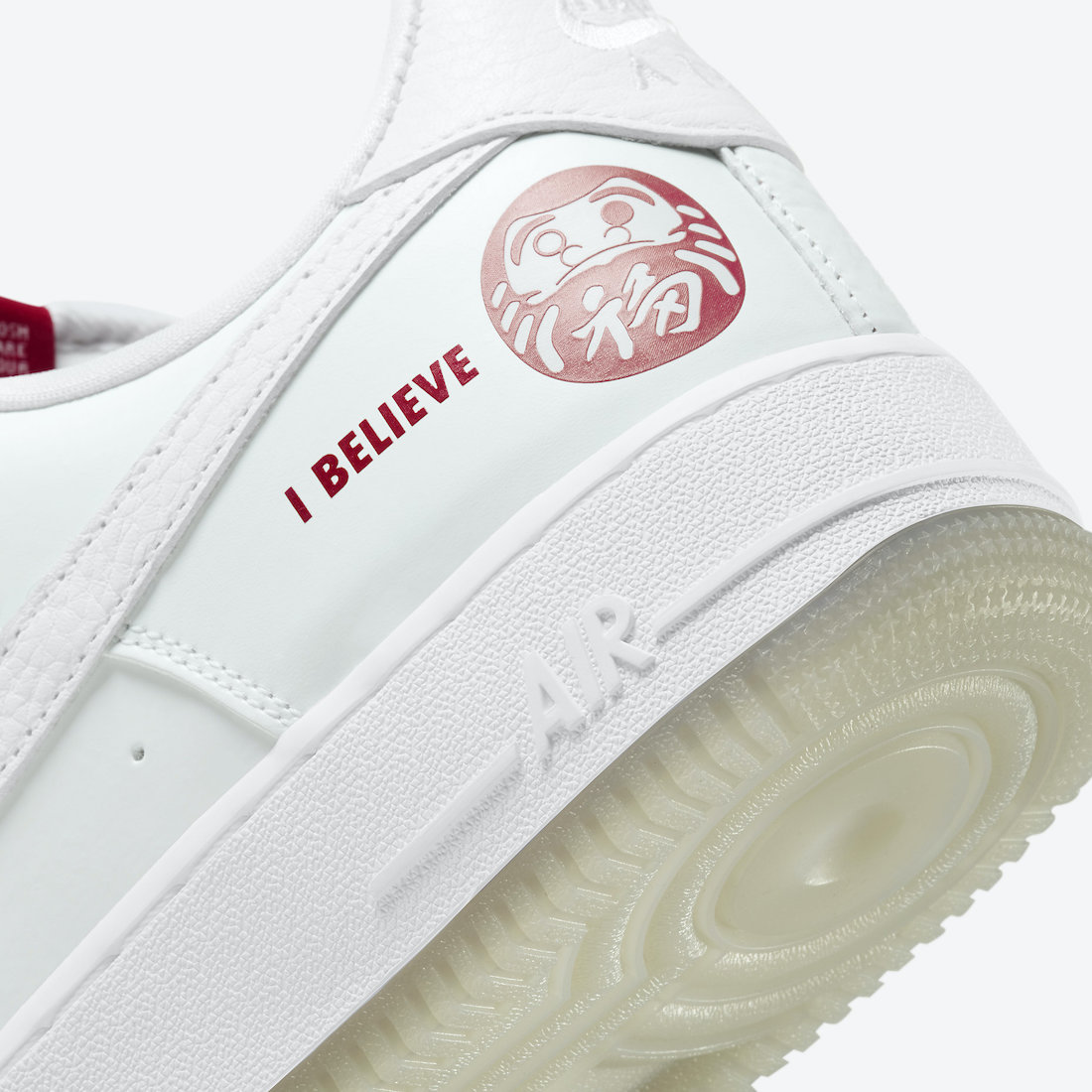 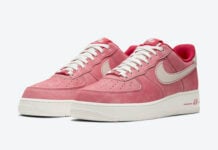 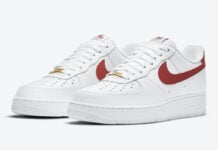 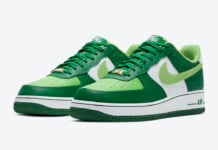 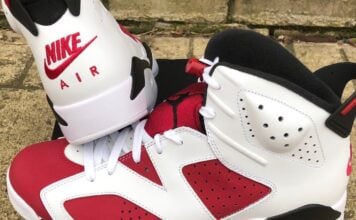