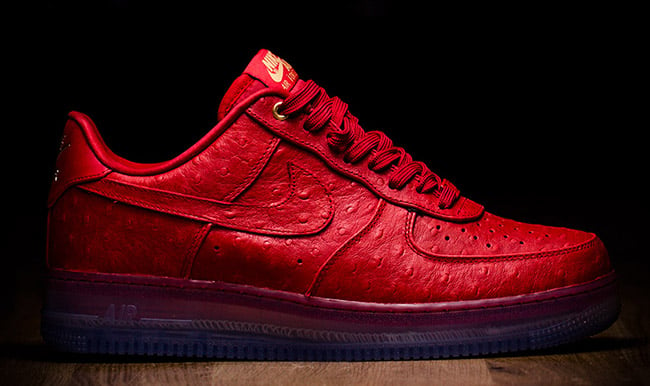 Once again faux Ostrich is used through the base and is also applied to the swoosh. As you can see the uppers use a university red that lands on the tongue and laces. Other details include gold hits on the branding and top eyelets while a blue tinted translucent outsole finishes the look off.

Currently the ‘Red Ostrich’ Nike Air Force 1 Low CMFT Lux has shown up at Nike Sportswear retailers overseas, one of the first being ATAF. They haven’t shown up stateside yet but the good news is they should coming in the next few weeks. Getting a better look at the Red Ostrich AF1 Low below. 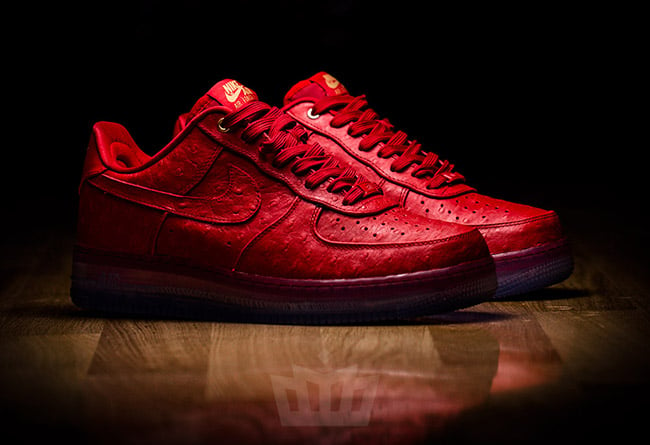 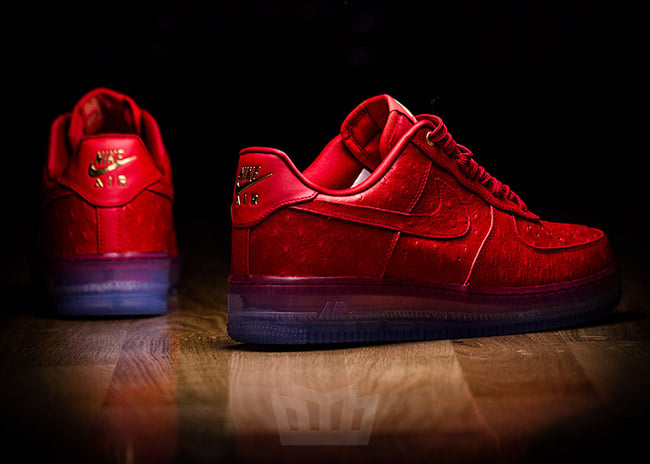 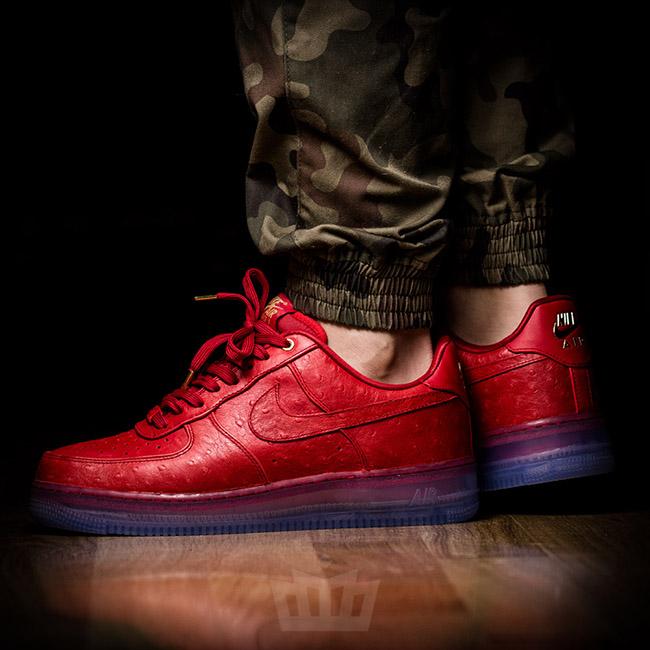