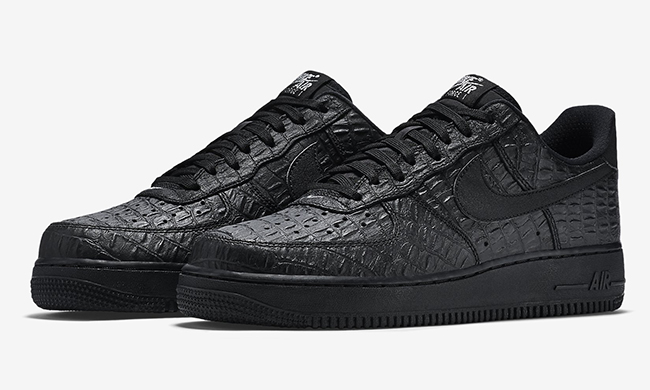 After debuting a few months back in what is known as the Air Force 1 ‘Croc’ Pack, we now have a better look at the Nike Air Force 1 Low ‘Black Croc’.

We have already seen the embossed crocodile hit a small amount of Air Force 1s in the last few weeks, with this pair being one of the easier to match. Using croc print through the base with a nubuck swoosh all the while being almost completely taken over by black. However this pair isn’t exactly blacked out, metallic silver finds it’s way onto the branding.

Although the ‘Black Croc’ Nike Air Force 1 Low has released at a few Nike Sportswear accounts overseas, the shoes have yet to arrive in the United States or even Nike Store. We do anticipate a release coming in the next few weeks, give or take and once they become available we will let you know. See below for more official photos of the black croc edition Air Force 1 Low. 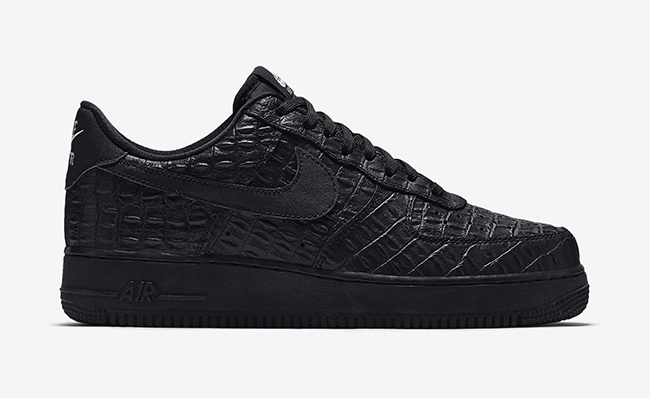 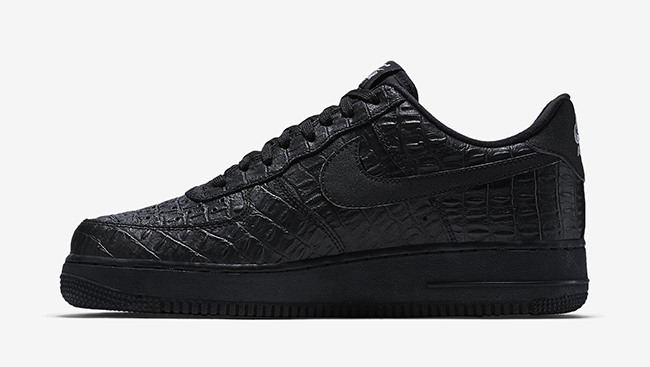 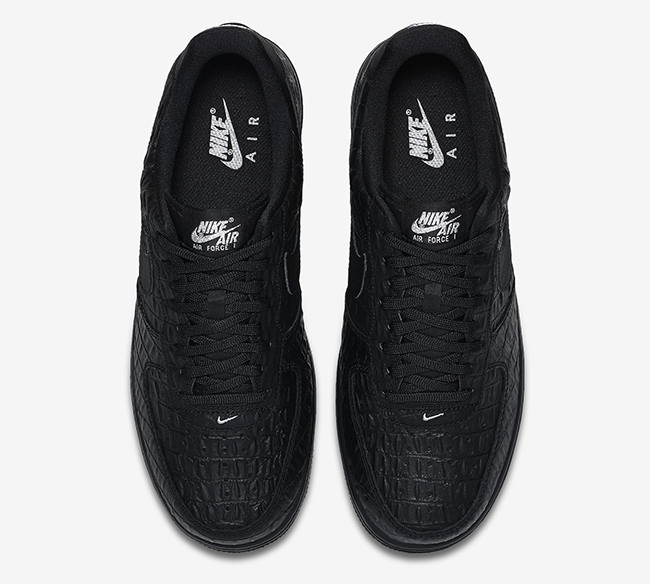 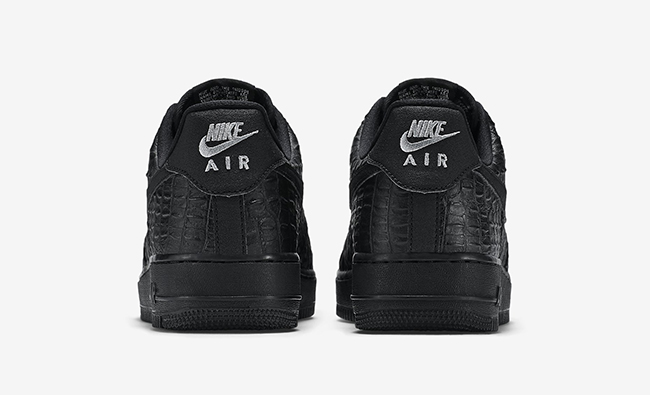 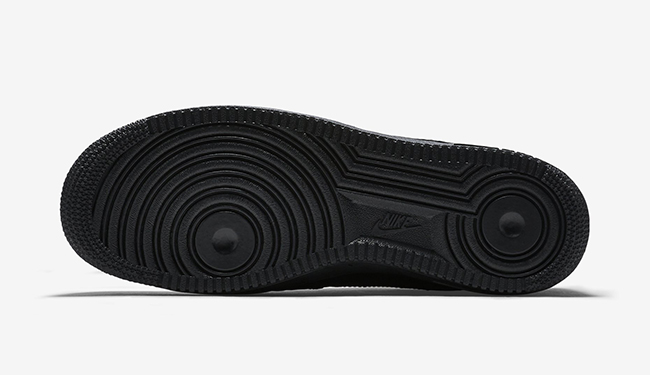