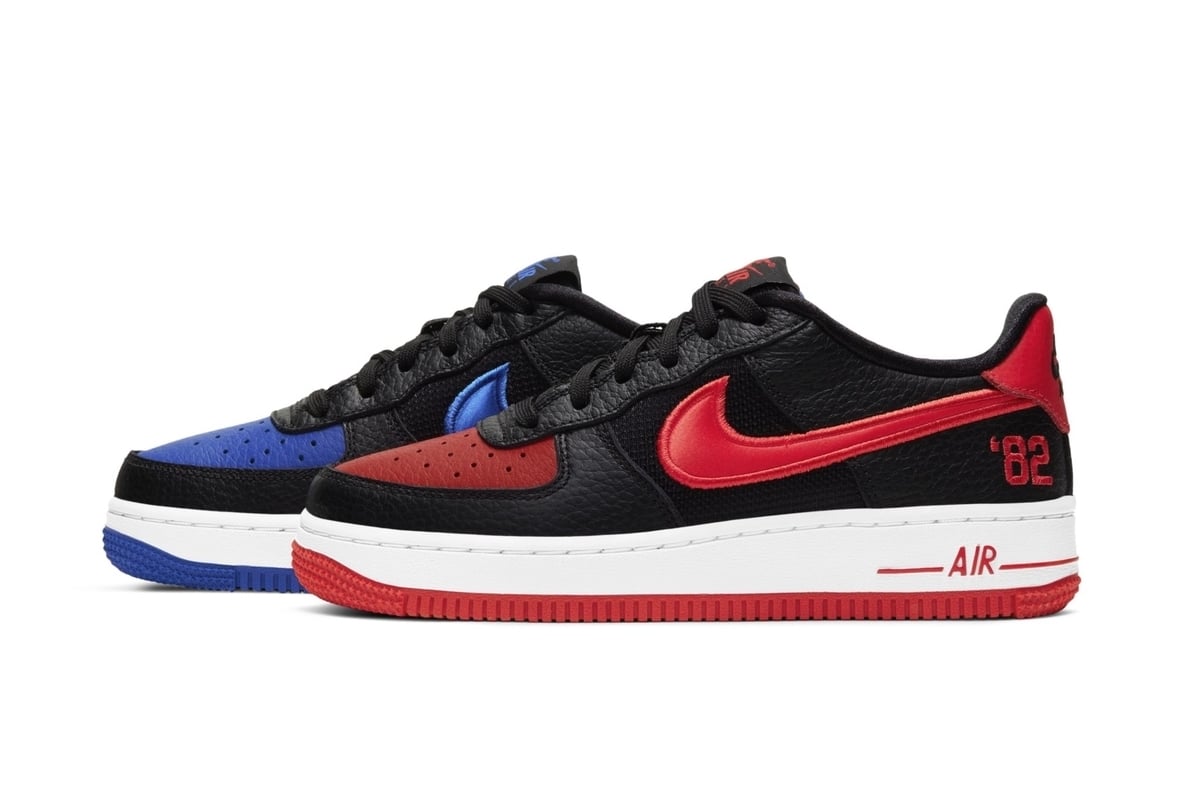 The Nike Air Force 1 first stepped on the scene in 1982 and is the first basketball shoe to feature Nike Air technology. Originally worn by many all-stars, the model has gone past the sport and became a fashion icon. Just a few years shy of turning 40, the brand will debut a new pair that will pay tribute to its roots.

This Nike Air Force 1 Low is not only a tribute to itself but the Air Jordan 1. The pair will combine colors from two OG Jordan 1s, and both models are iconic in their own rights from the 1980s. As you can see, this pair features a mismatched theme that represents the OG ‘Royal’ and ‘Bred’ colorways that launched in 1985.

Going over the two, they feature Black tumbled leather throughout while Red and Blue accents the Swoosh, toe box, heel, tongue branding, and rubber outsole. Furthermore, it comes with ’82’ embroidered by the heel for the year the model was originally released. Even the insoles come in Red and Blue and the ‘AIR’ branding on the midsole. Speaking of the midsole, both feature White.

You can expect the Nike Air Force 1 Low ’82’ to release at select retailers and Nike.com soon. Once we have more information, we will make sure to update you. Below, check out more images that will give you a closer look. 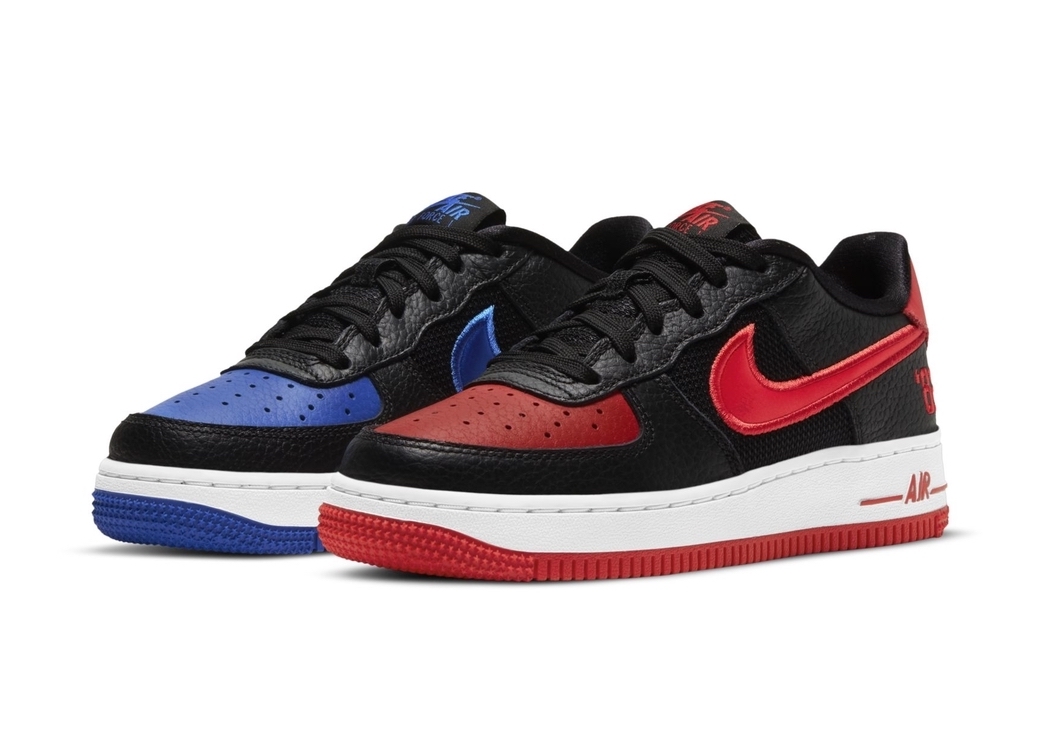 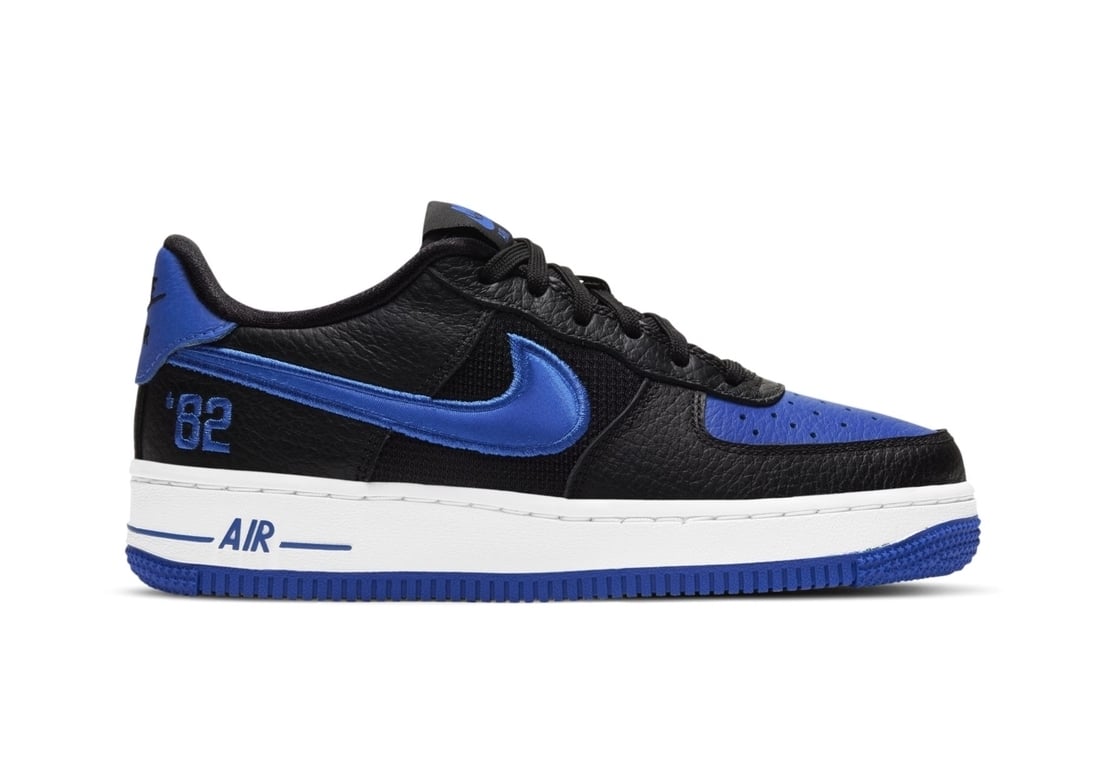 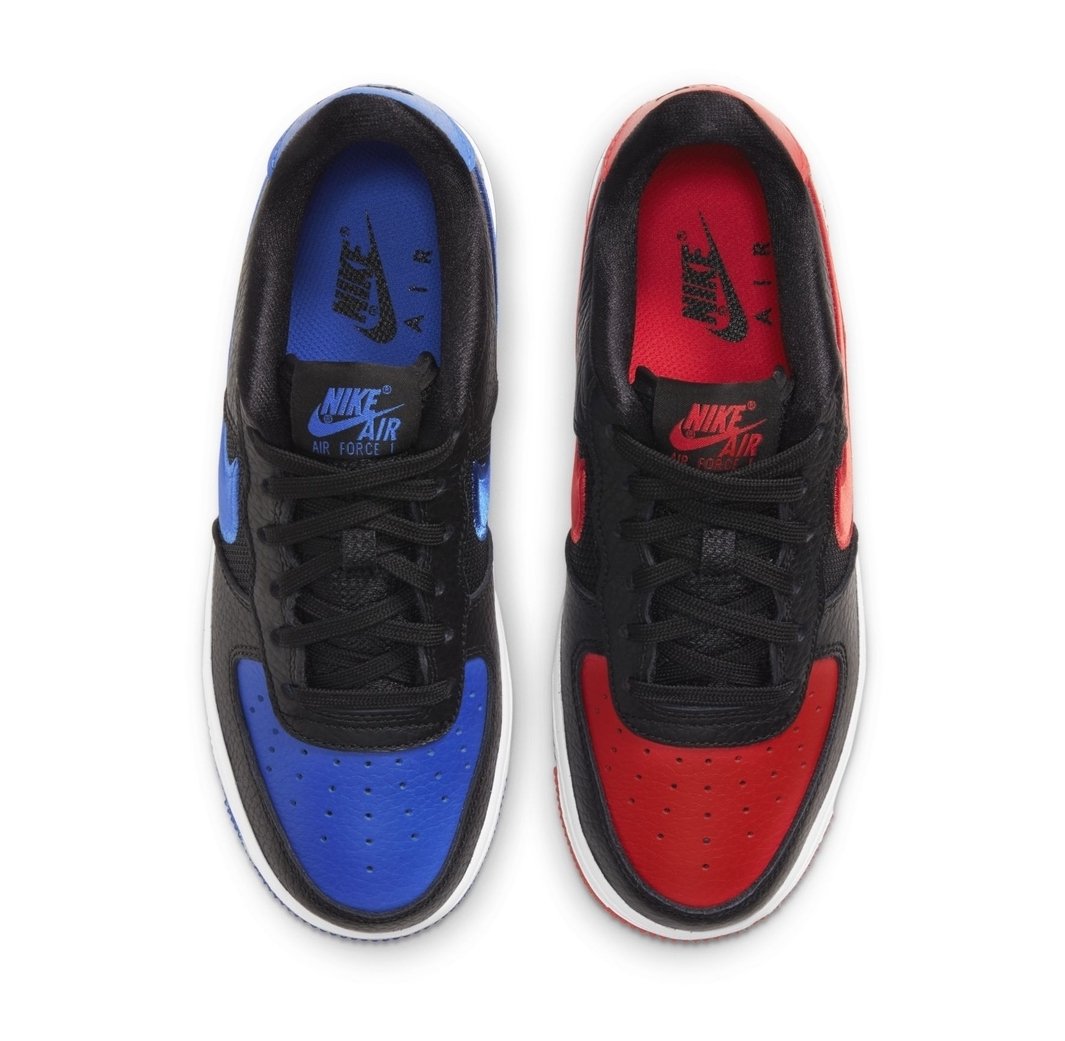 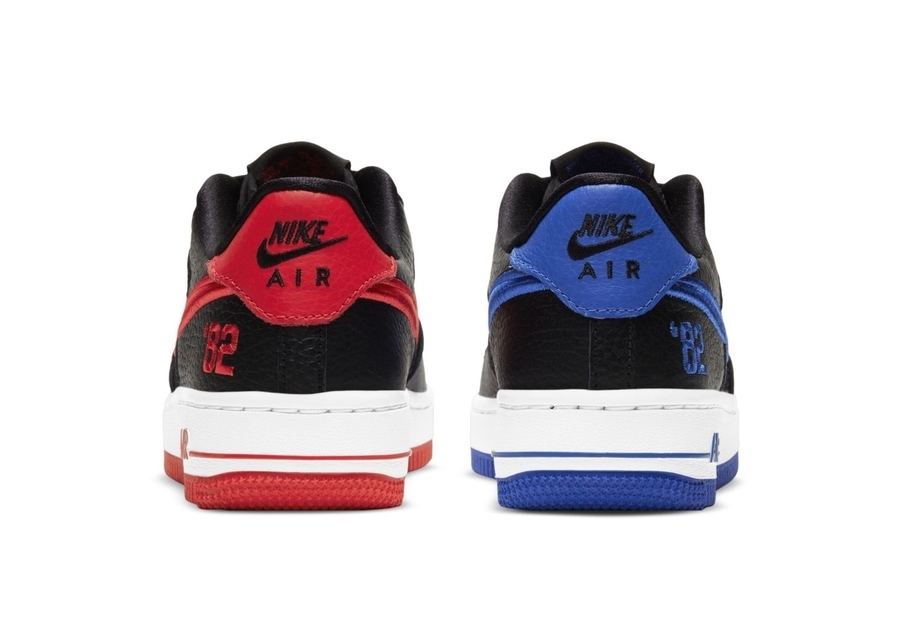 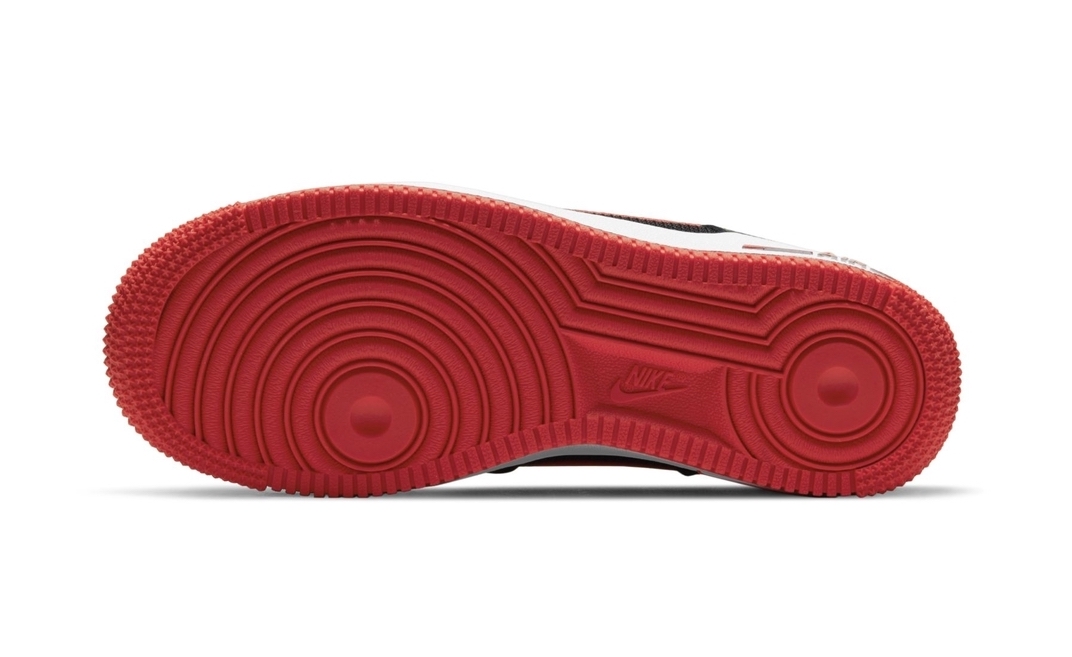 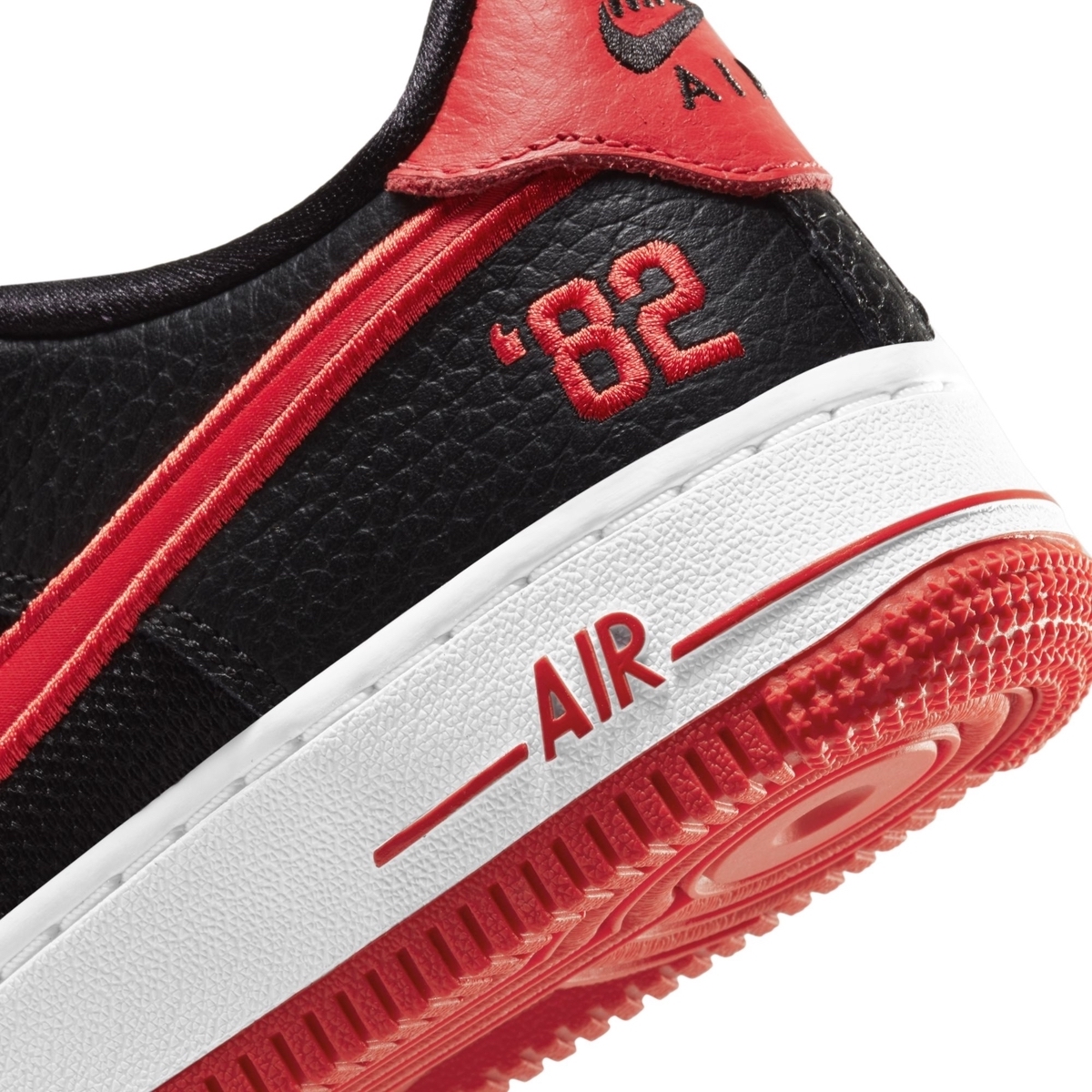