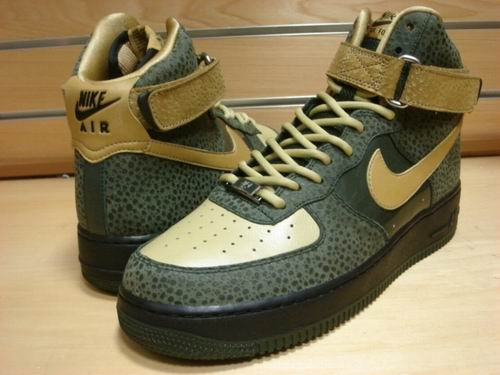 It has only been a few days since the Nike Snowboarding Zoom Force 1 – Dark Army / Metallic Gold story broke, but now we get a look at a similar regular Air Force 1. Both models share a common image, a dark army and metallic gold color-way combined with a safari inspired print seen throughout the sneaker and appearing on the gold strap. However for the Air Force 1, it uses more patent leather than the Snowboarding Zoom Force 1. The Safari Zoom Force 1 will be released this month while the whereabouts of this Air Force 1 are still unknown. Via Passover. 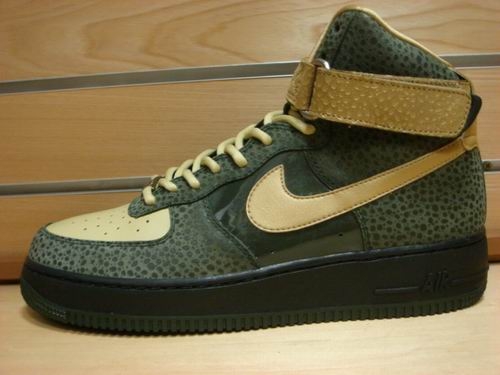 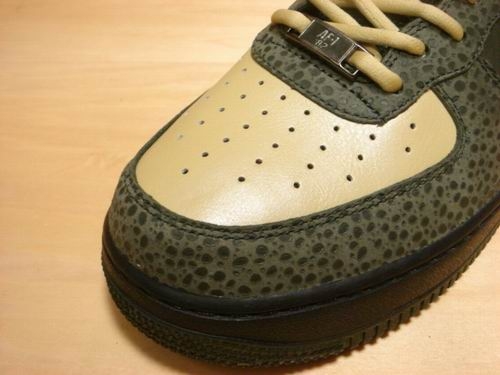 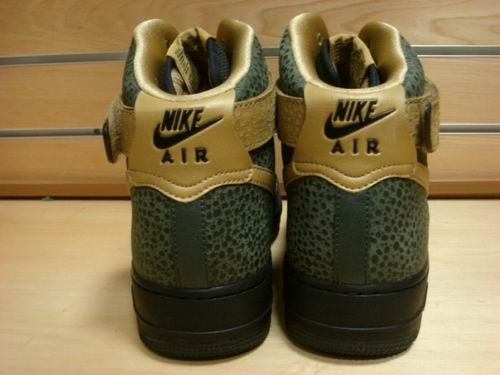