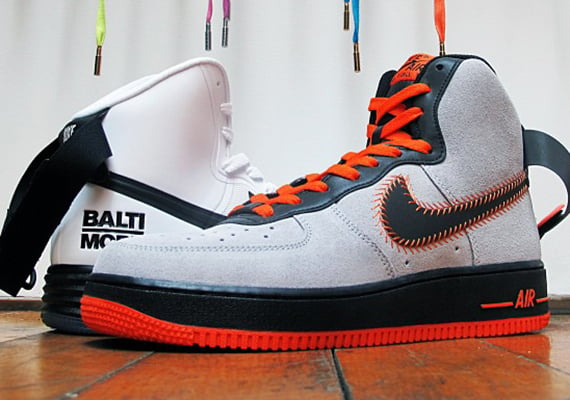 Adding to the madness that will be a jam packed day full of dope sneaker releases will indeed be the arrival of the Nike Air Force 1 High “Baltimore Pack.” Composed of two clean pairs of AF1’s, one a regular Nike Air Force 1 High the other a Lunar Force High, sneakerheads can expect to see this pack hit Nikes fabled 21 Mercer flagship store along with a few other select retailers this Saturday.

Just in case you aren’t familiar with the aforementioned pack, the Lunar Force 1 sports a simple yet bold white/black color scheme with the city of B-more prominently etched near the heel. On the other hand, its Nike Air Force 1 High counterpart sports a crisp Baltimore Orioles-inspired colorway which is further enhanced by the tasteful addition of baseball stitching throughout its upper.

Again, sneakerheads who are interested in the previously mentioned city pack can expect it to arrive this Saturday at 21 Mercer along with a few other select Nike retailers. Continue reading on after the jump to check out one more look at both pairs of kicks before they make their retail debuts and be sure to let us know which pair you favor the most. 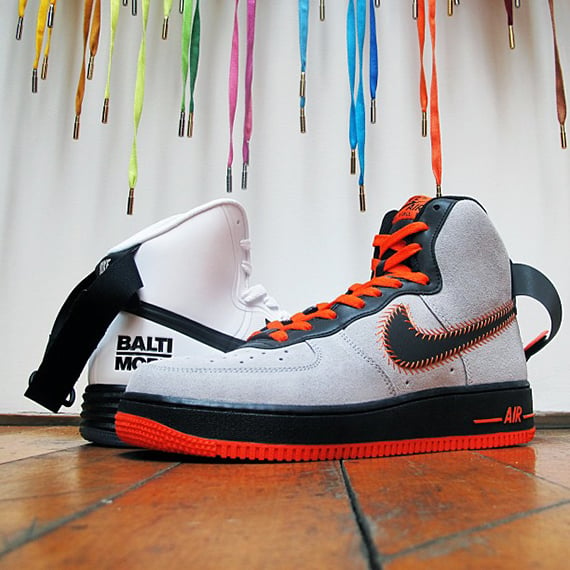