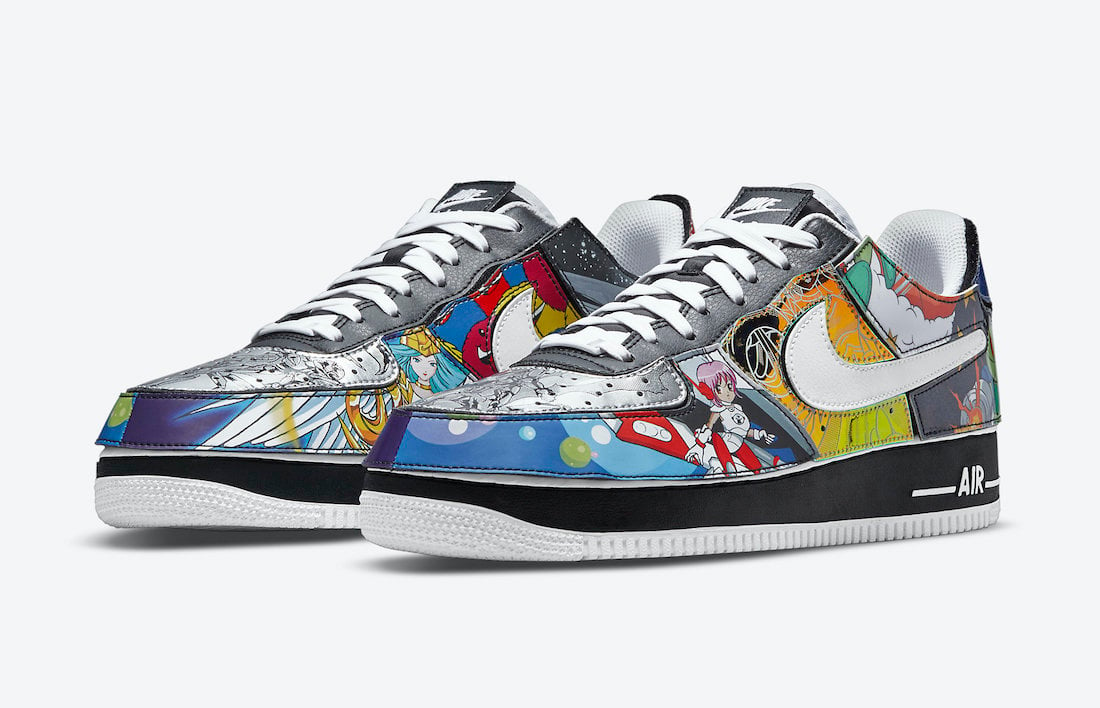 The cool part of the Nike Air Force 1/1, aka AF 1/1, is that you can customize it to your liking. So far, we have seen a few pairs release, but the next one will be inspired by anime.

This Nike Air Force 1 pays tribute to otaku culture and comes highlighted with anime, manga, and comic book graphics on the panels. Following, a large Swoosh overlays the panels with unique designs and colors and another Swoosh. If that Swoosh isn’t your style, you can swap it out for an all-White leather Swoosh or one that resembles hot lava. A girl with Pink hair wearing spacesuit lands on the lateral side, and a girl with Blue hair appears on the medial side. Next, the Roswell Rayguns mascot is spotted by the heel, and anime eyes overlay the heel. On the tongue, we have more eyes and a ‘Nike and the Mighty Swooshers’ logo. Other details include White laces and midsole and a Blue rubber outsole.

Currently, a release date for the Nike Air Force 1/1 ‘Nike and the Mighty Swooshers’ has yet to be announced. However, once we have more information, we will make sure to update you. For now, scroll below for additional photos that will give you a closer look.

Update (6/22): Nike unveils official images of the ‘Mighty Swooshers’ Air Force 1/1. Currently, a release date has yet to be announced. 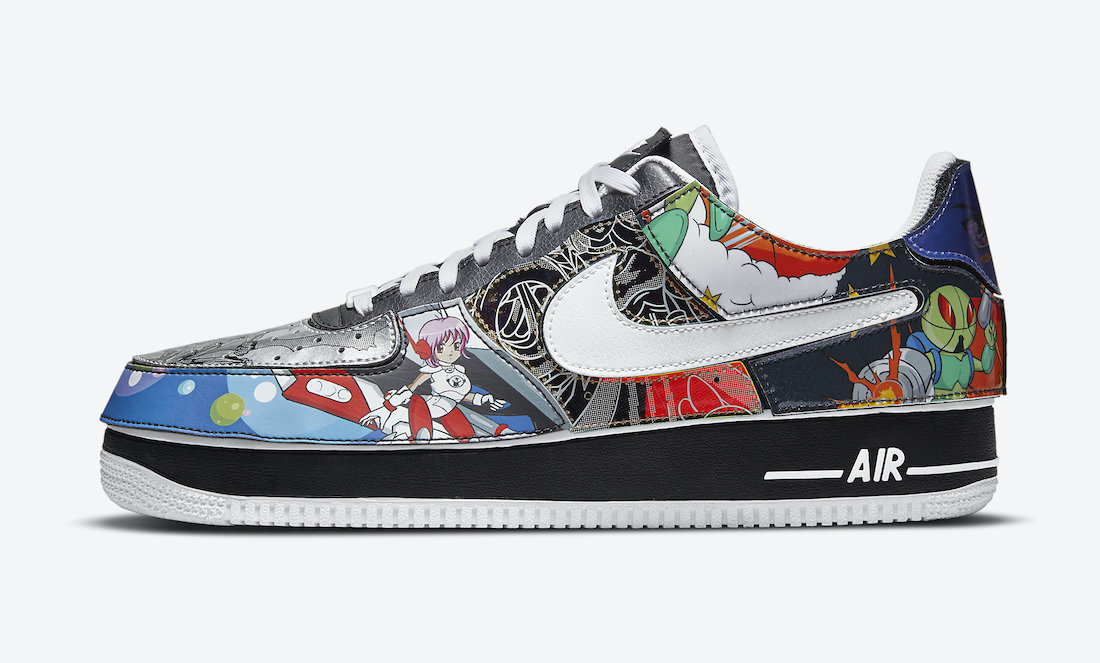 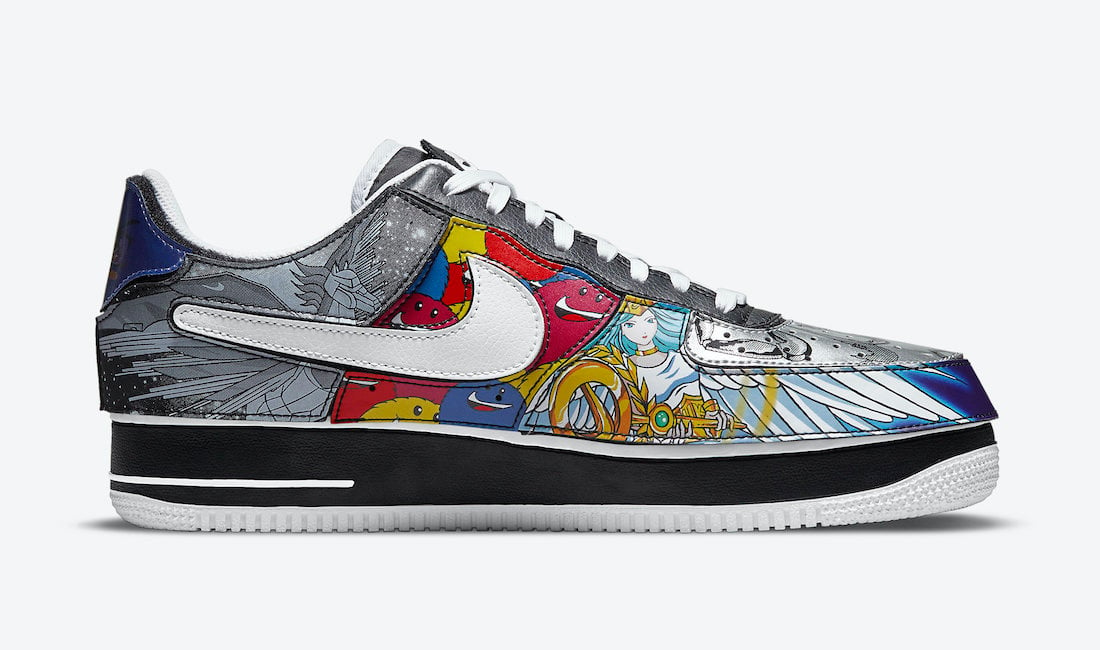 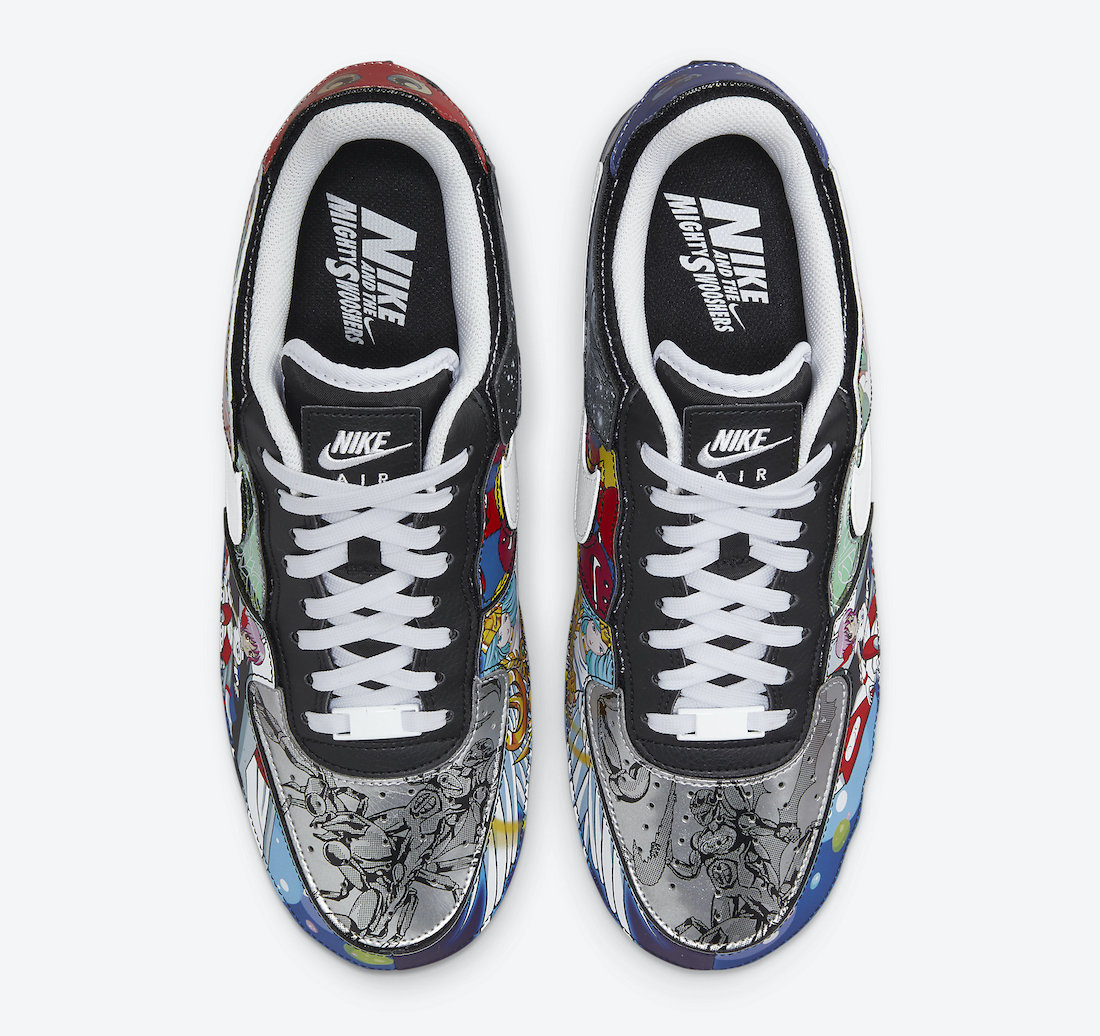 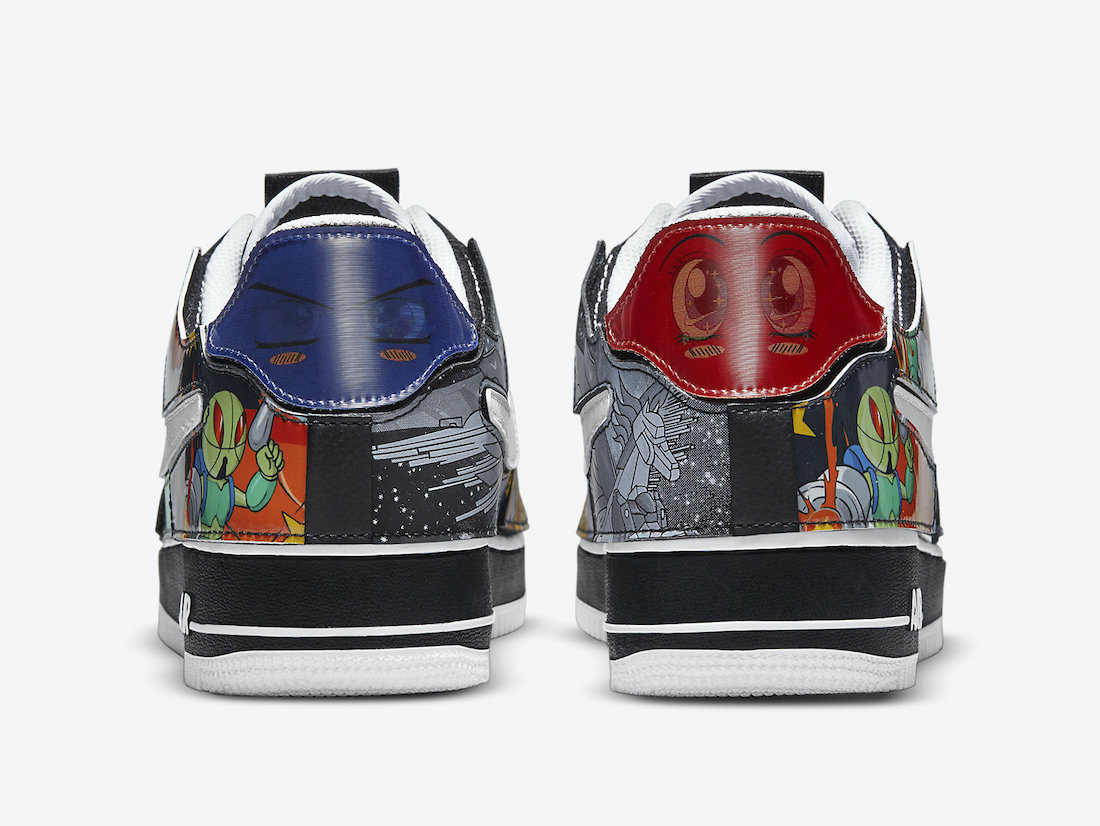 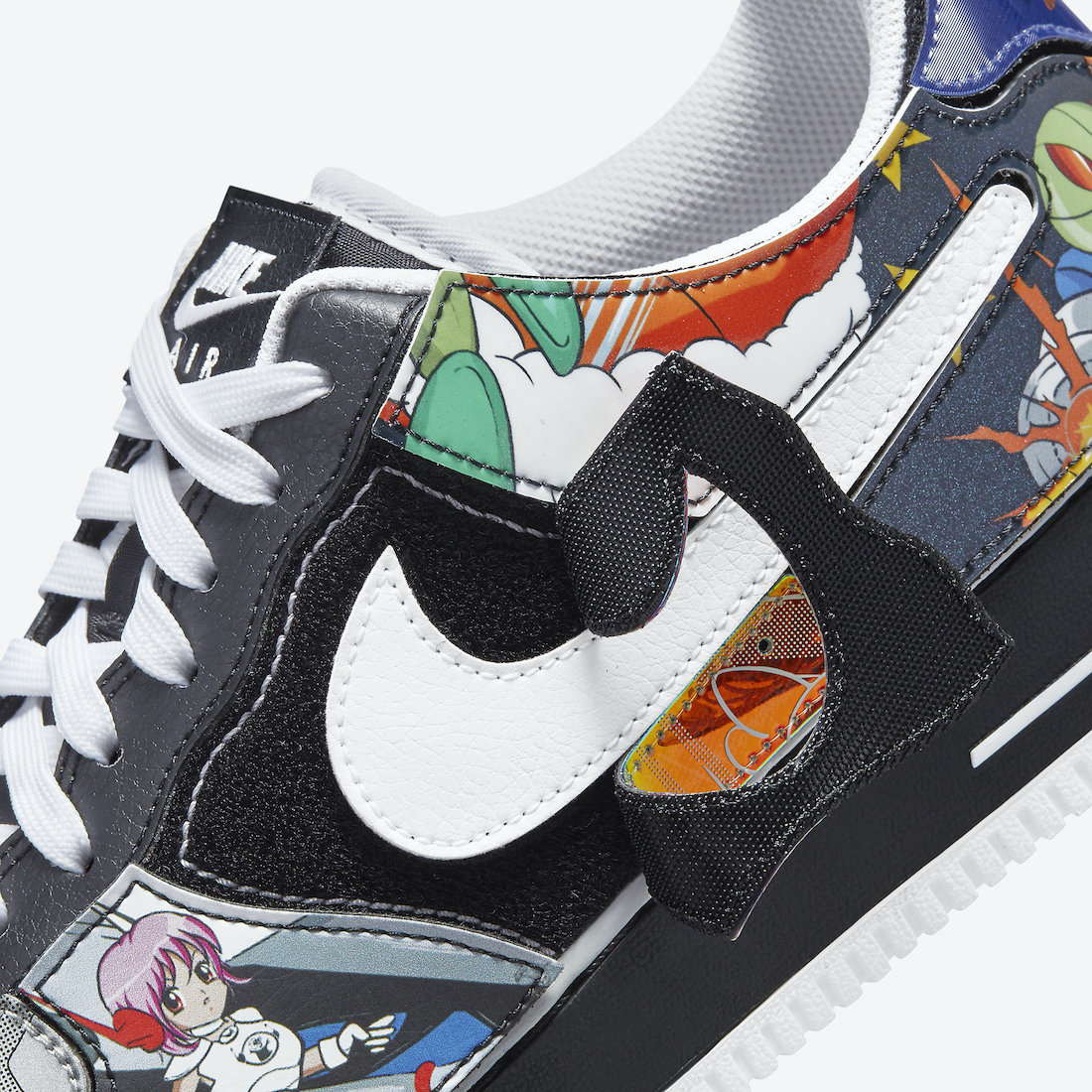 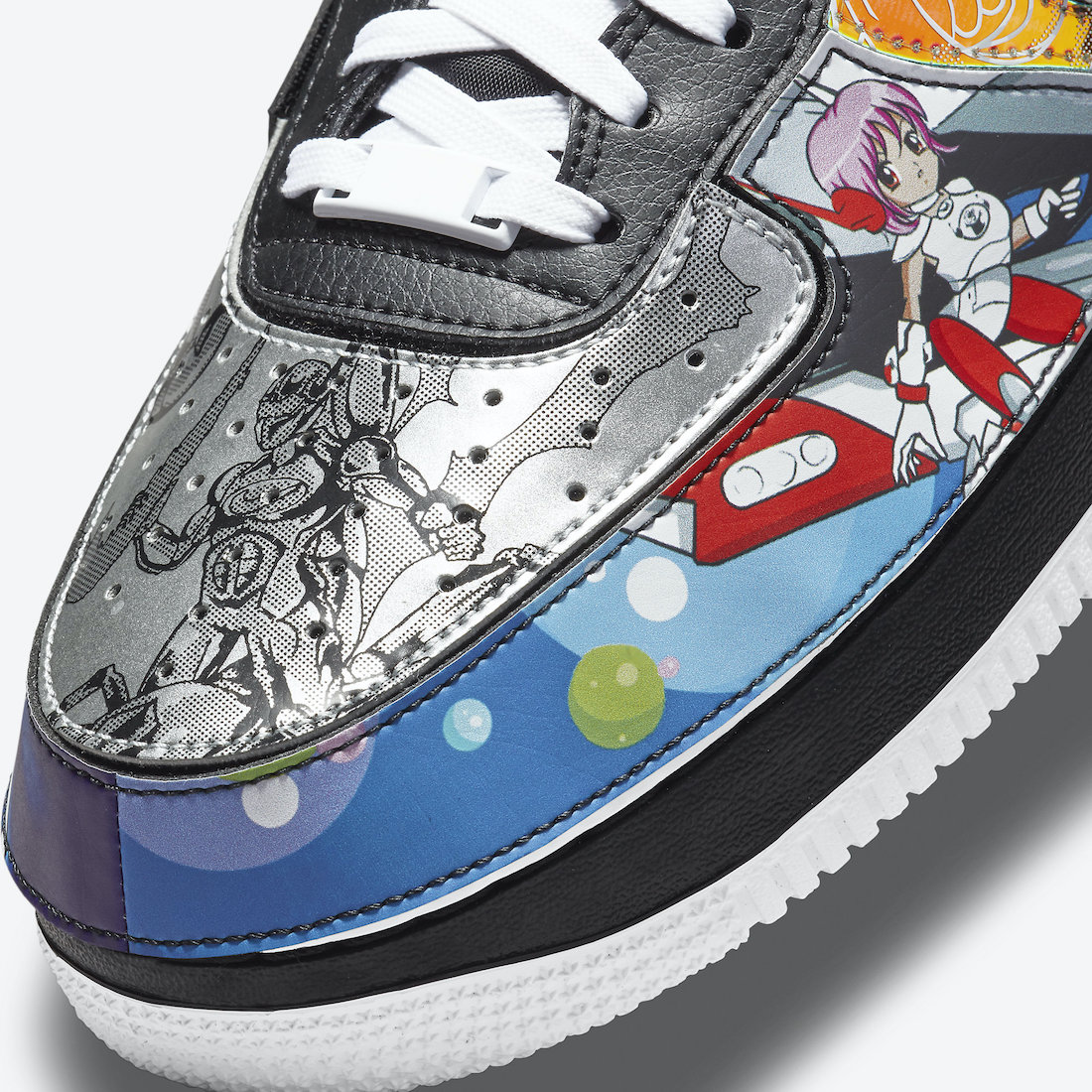 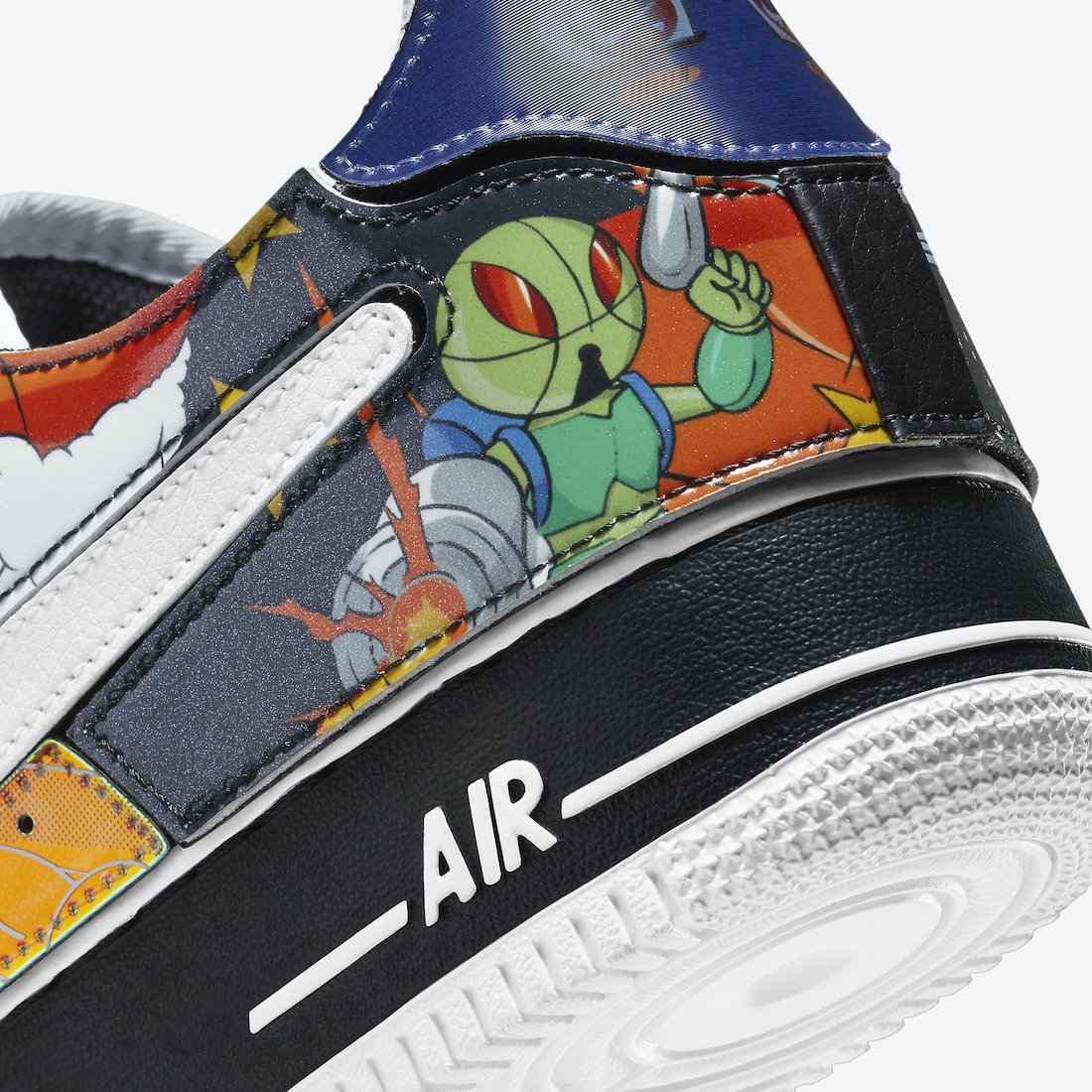 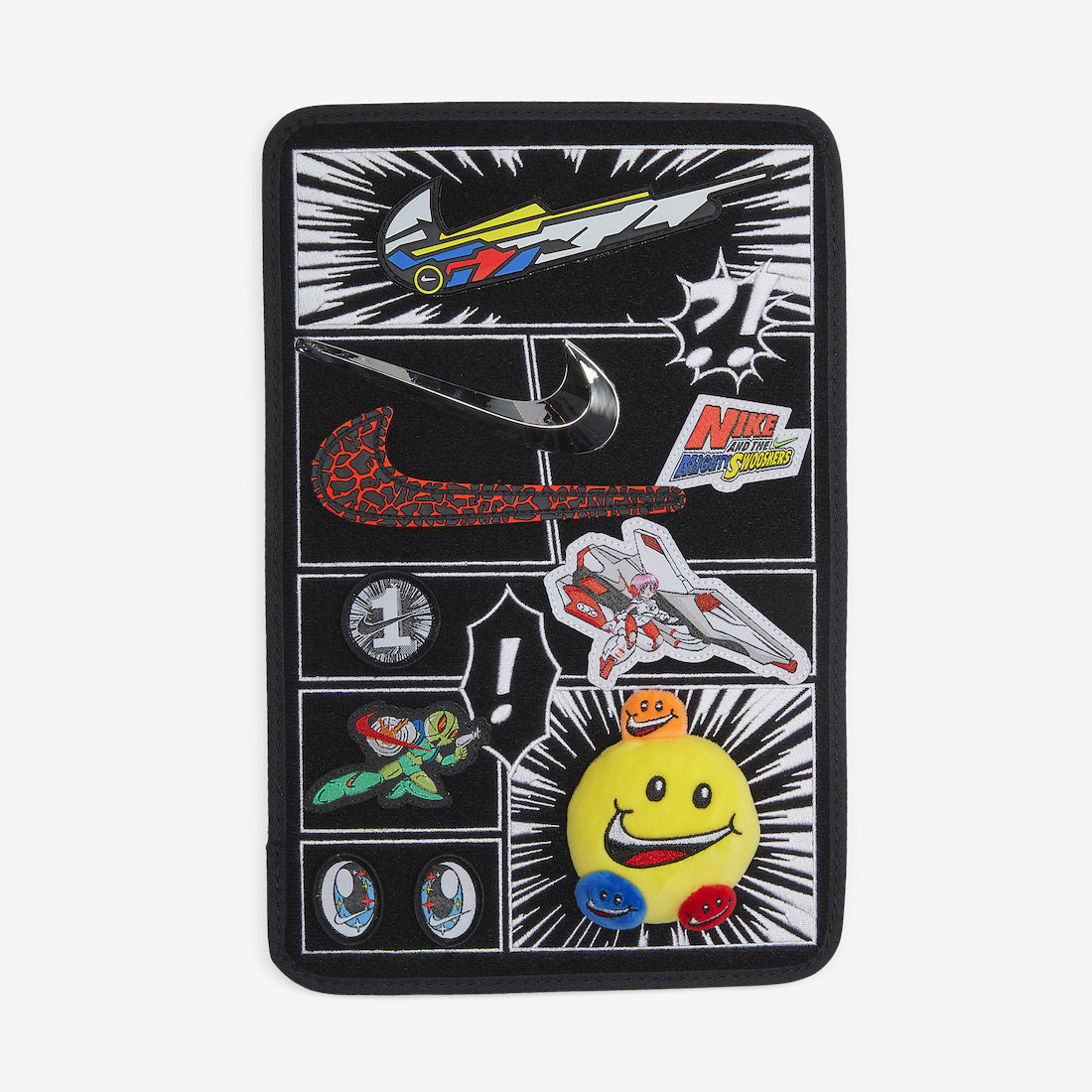 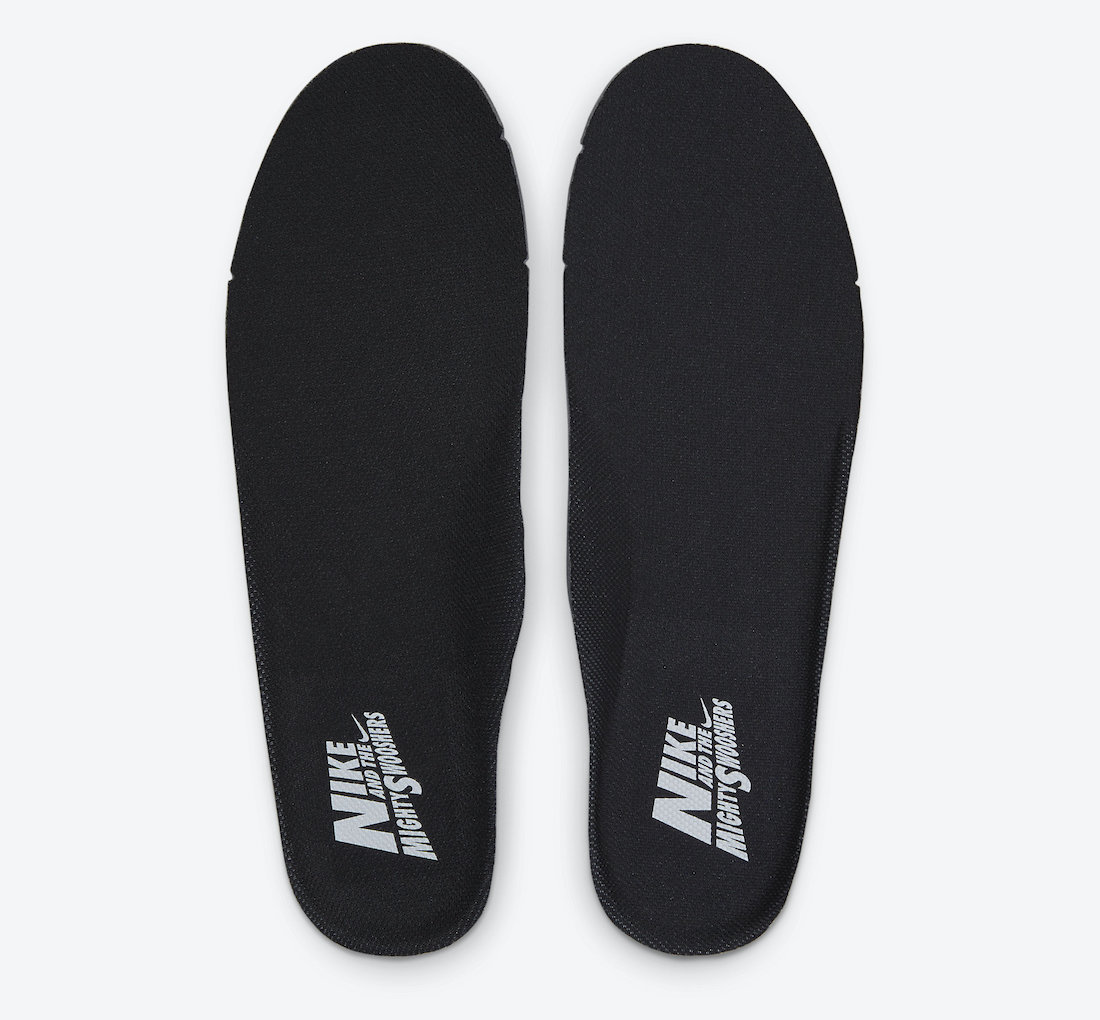 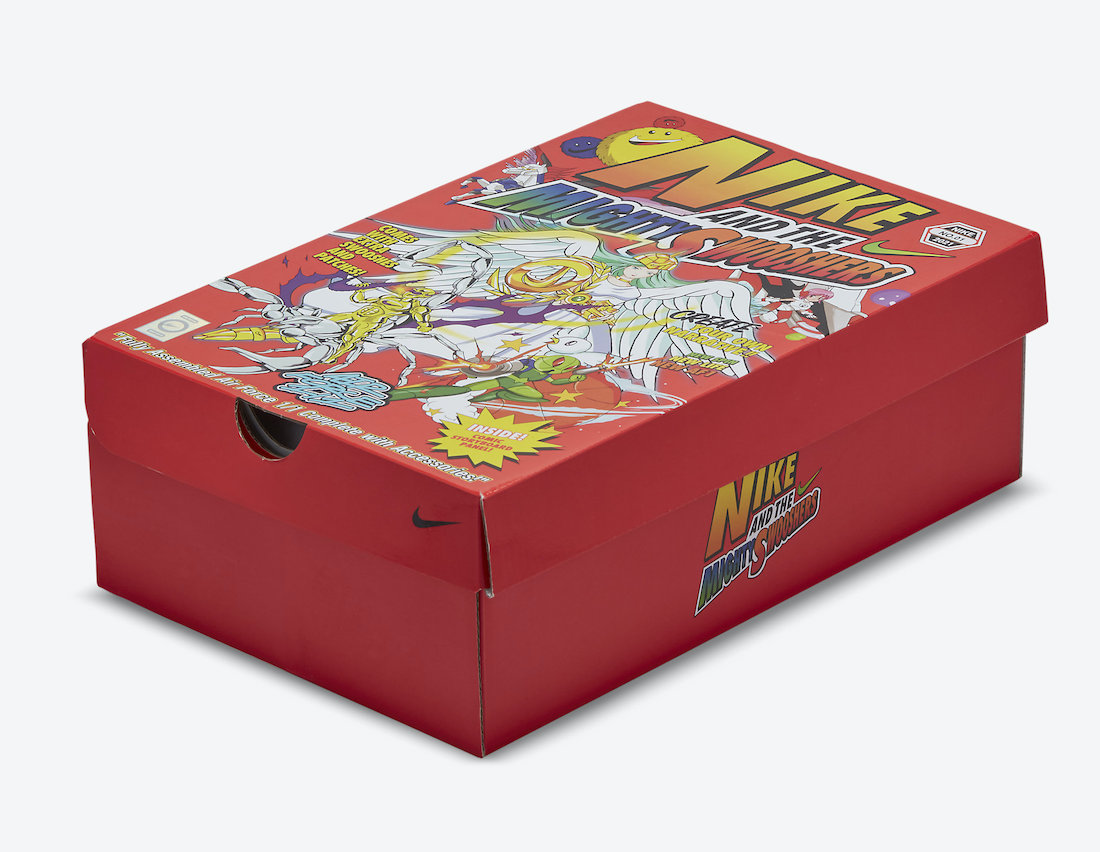 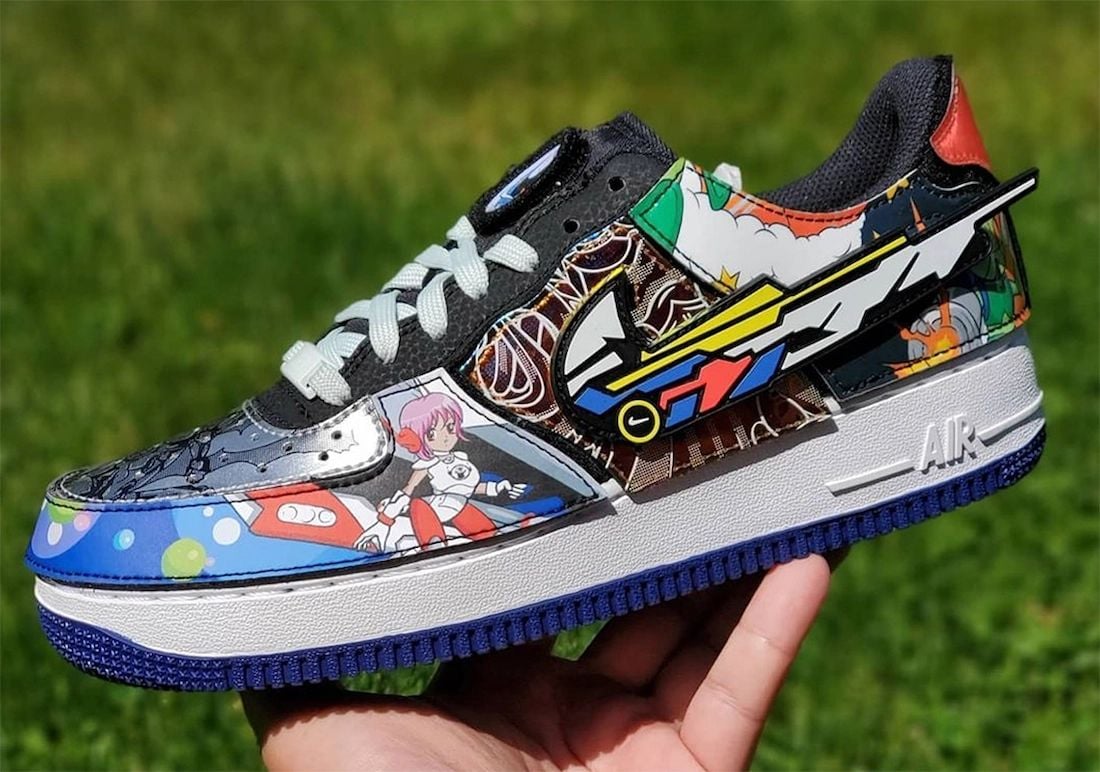 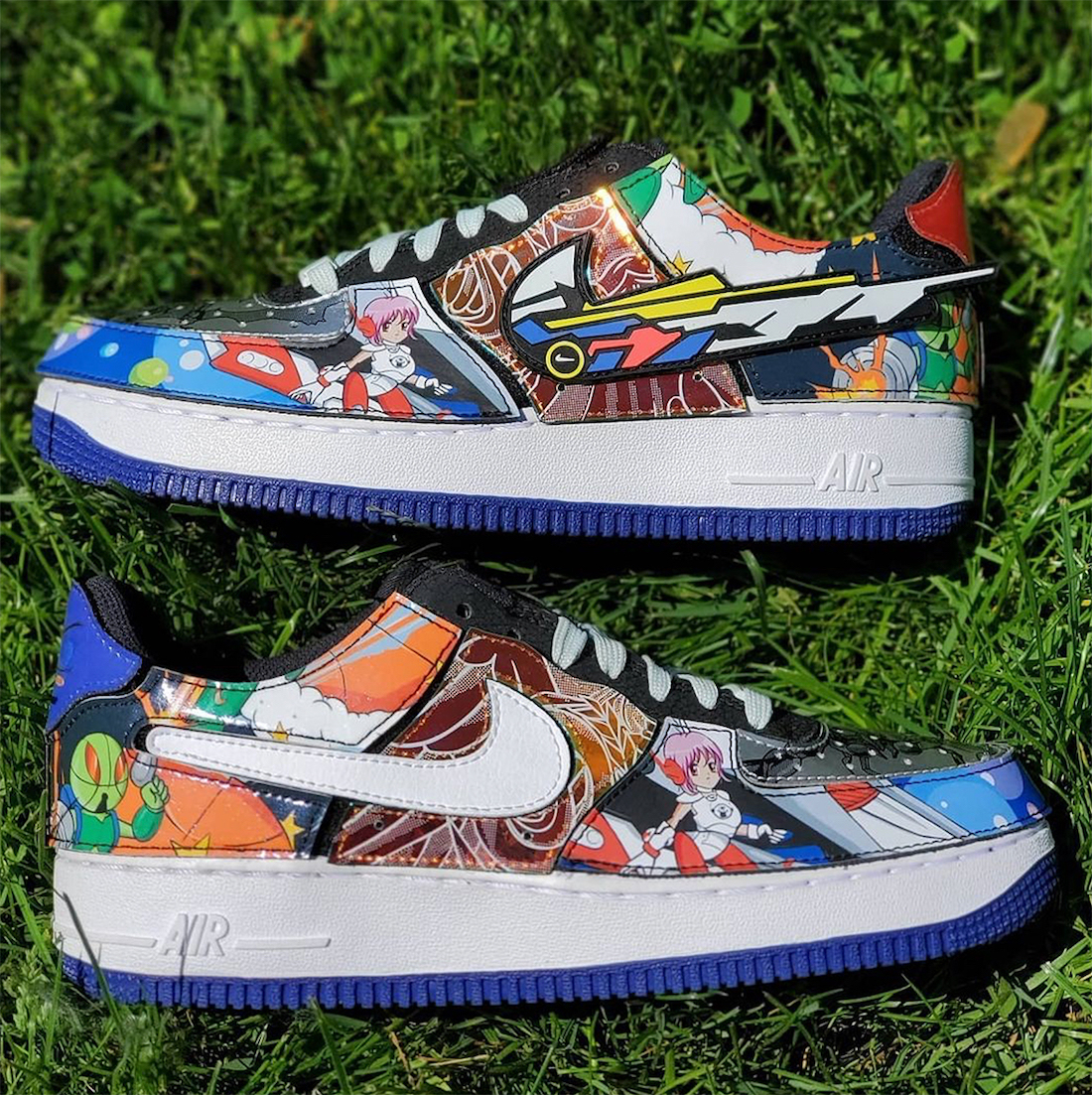 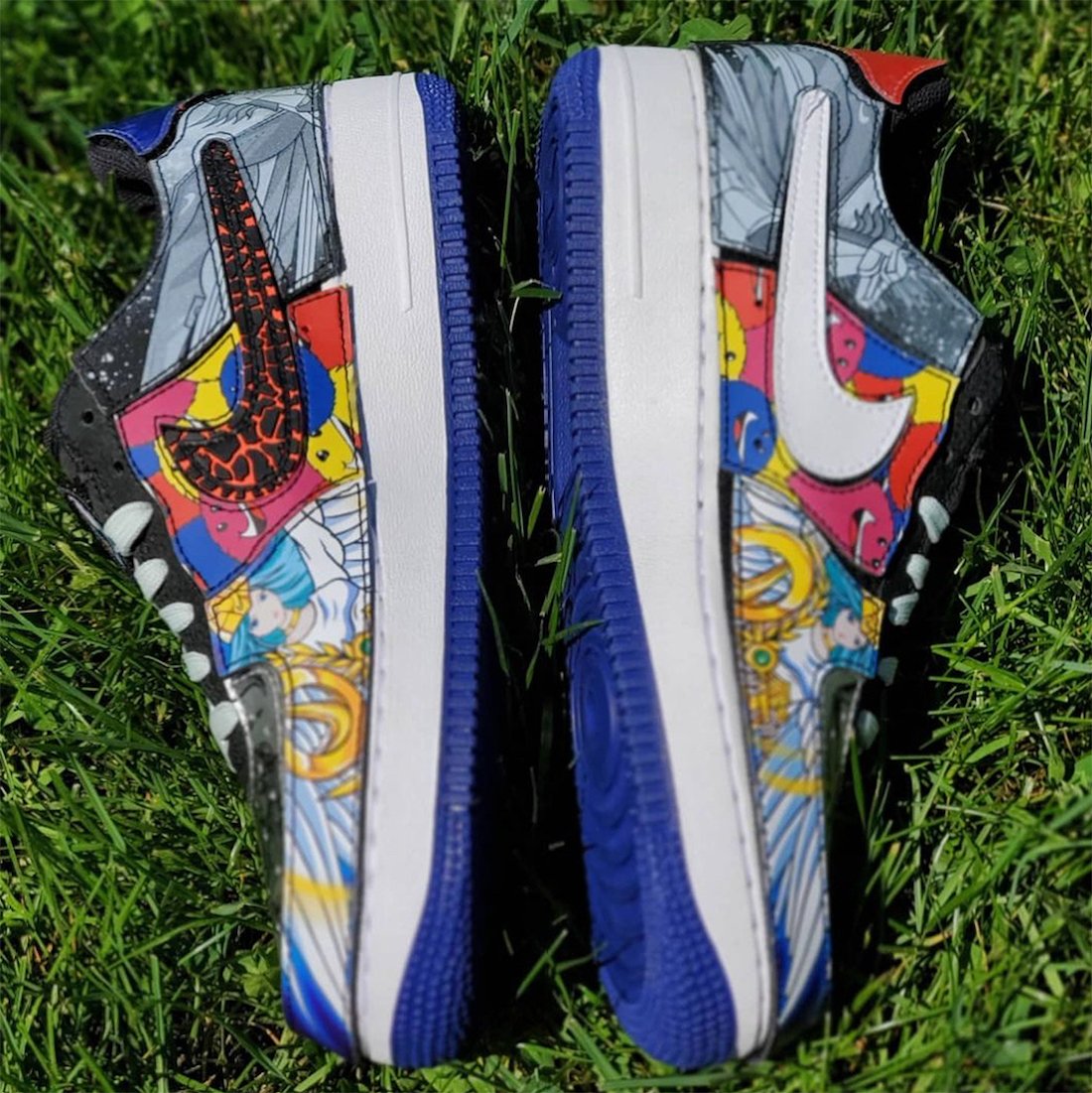 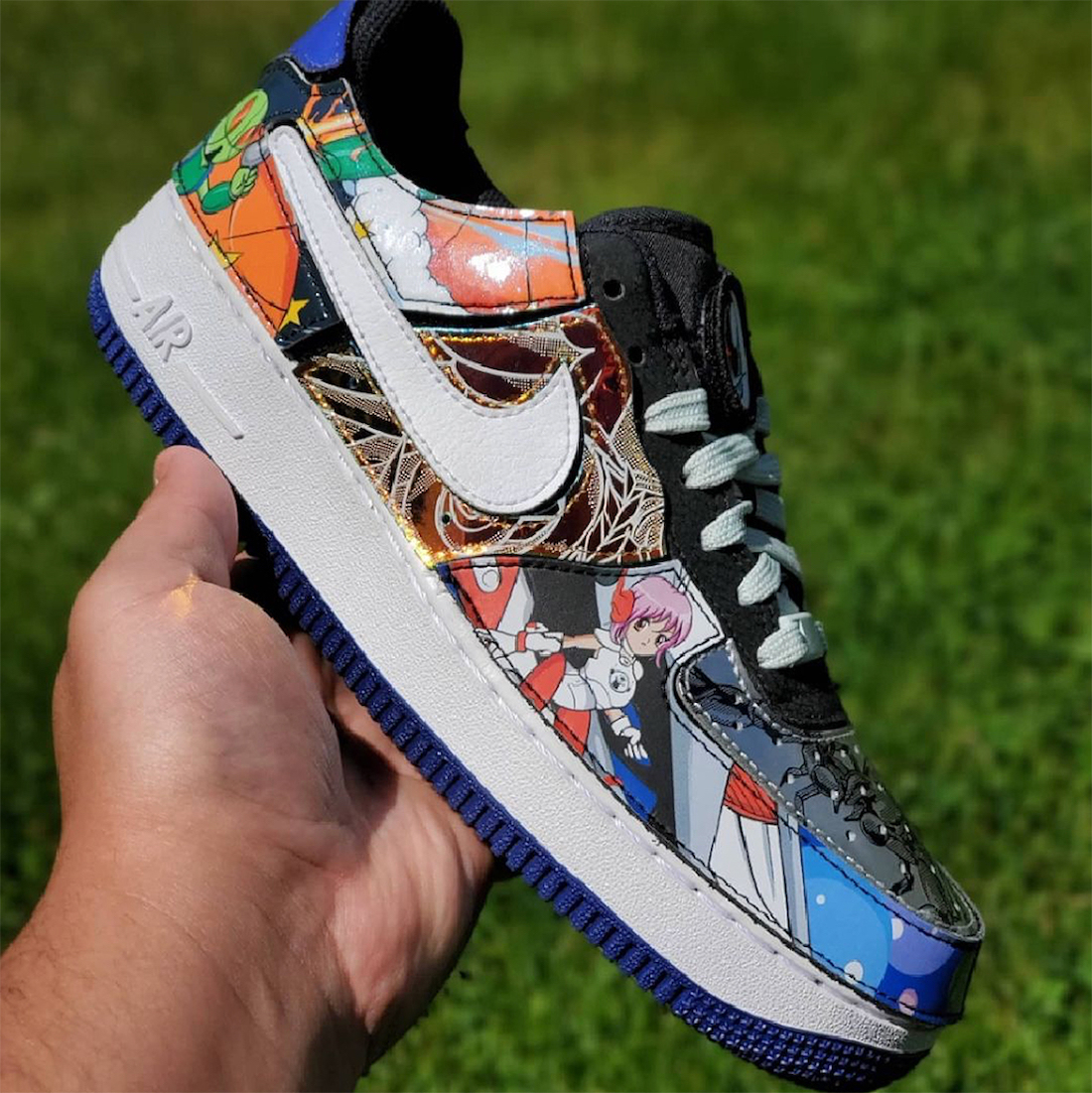 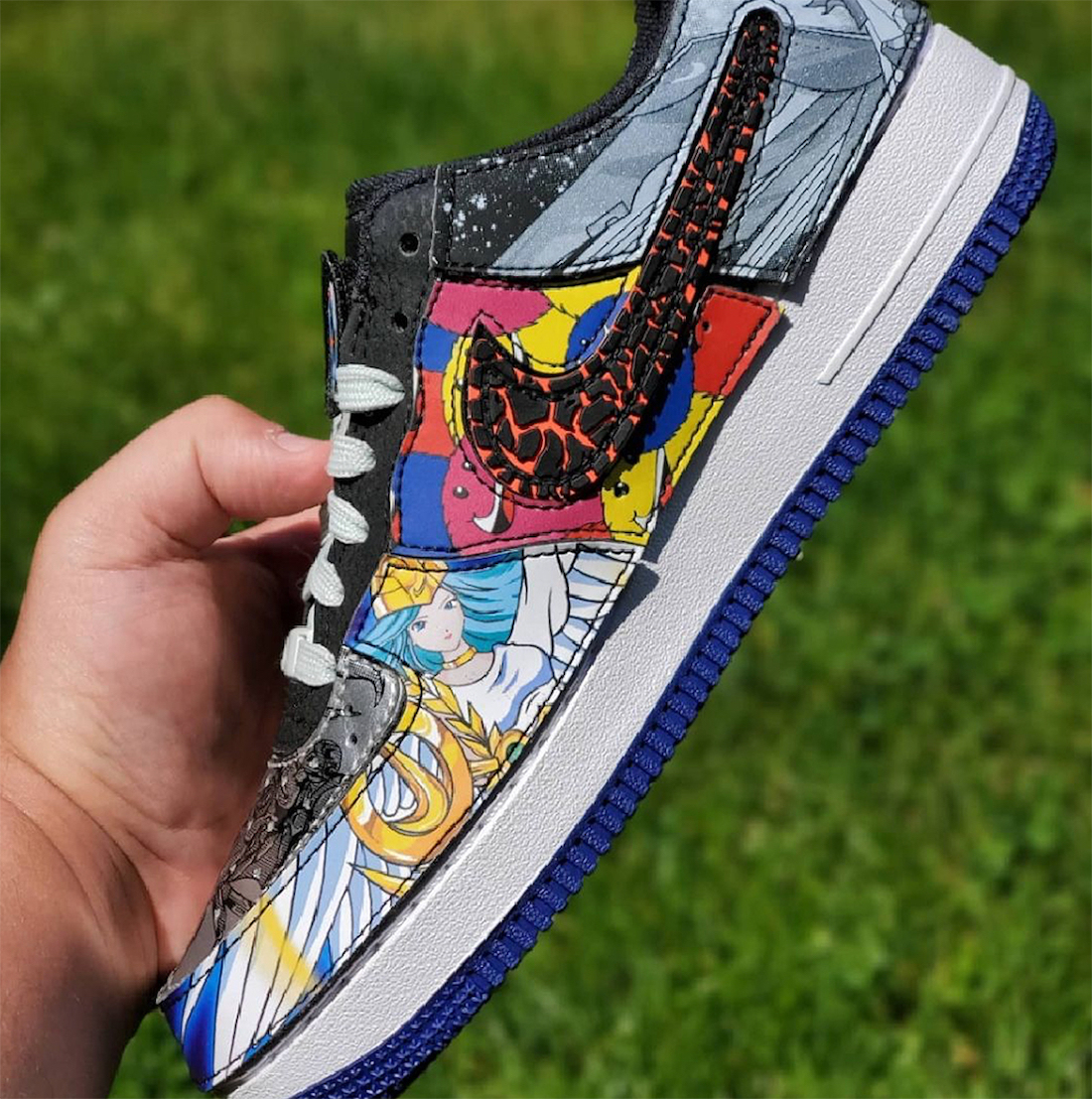 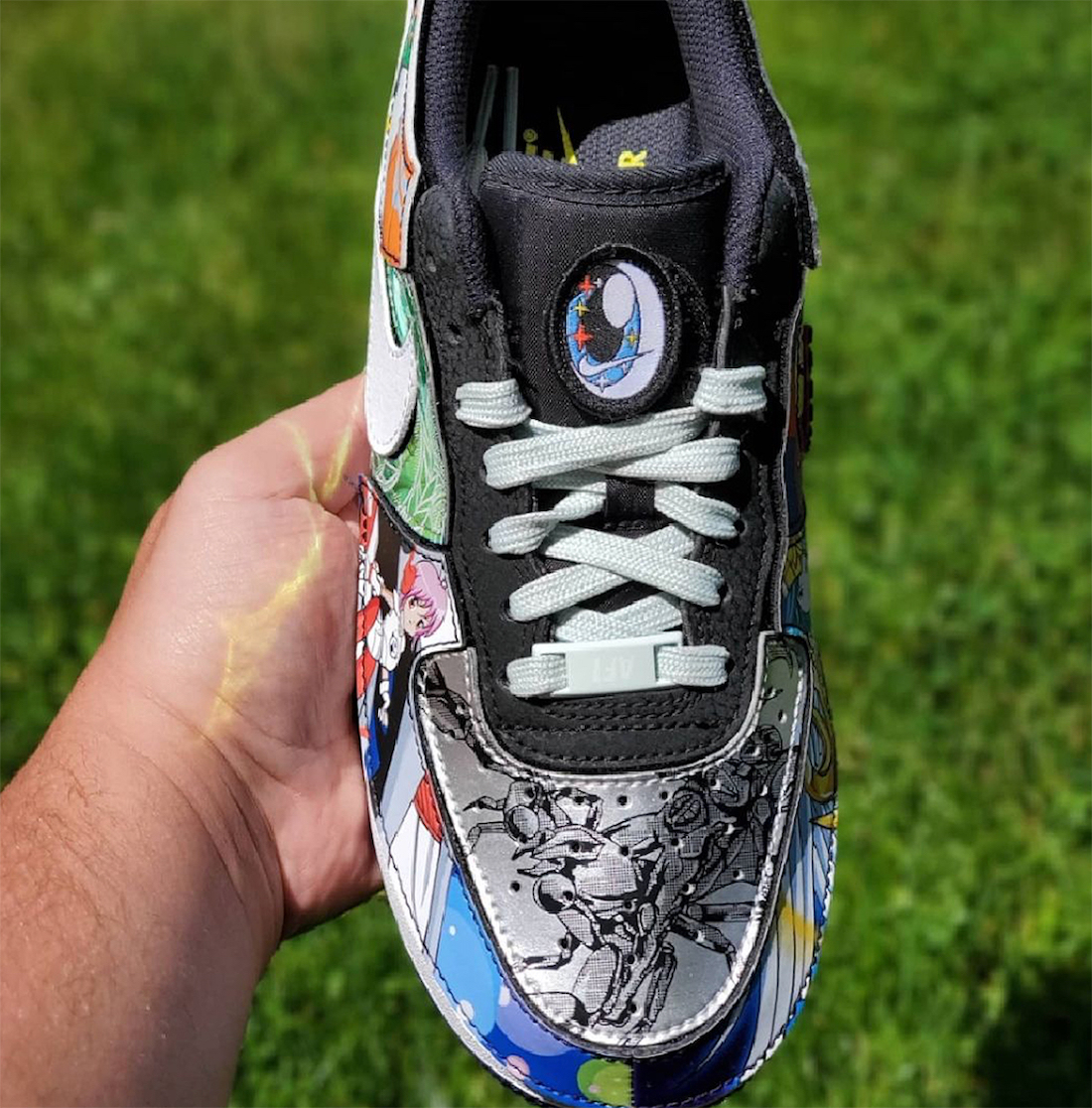 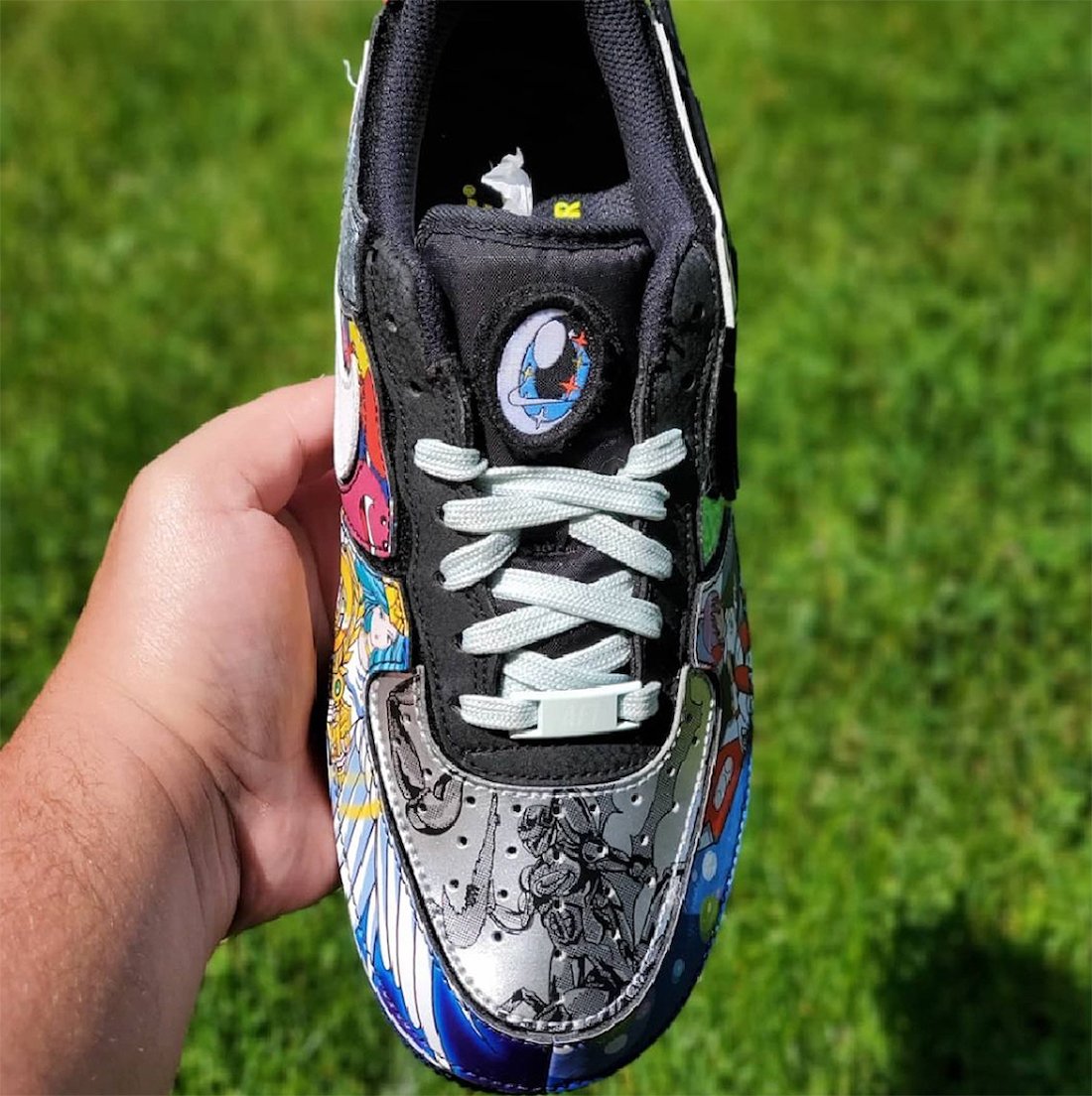 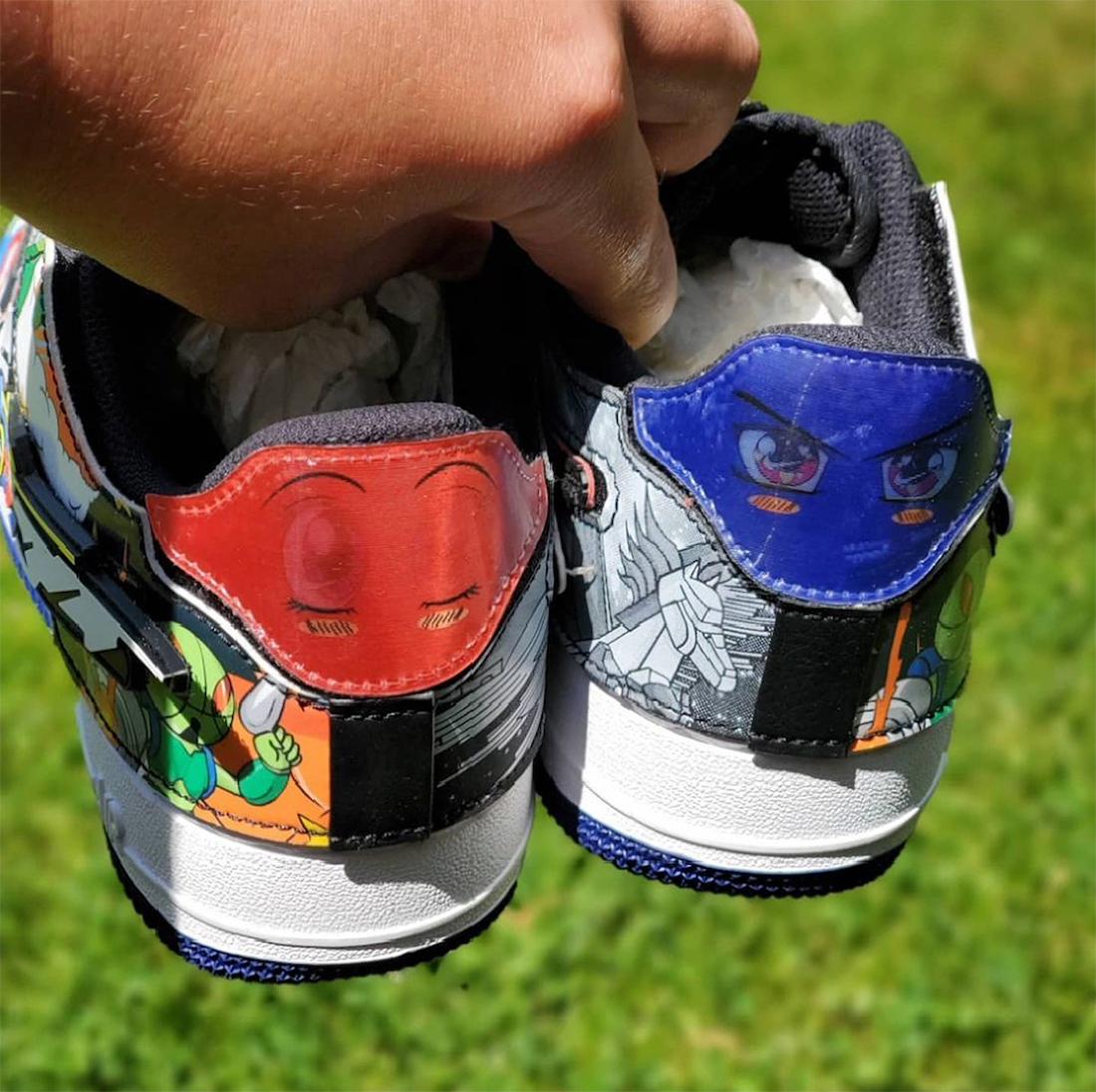 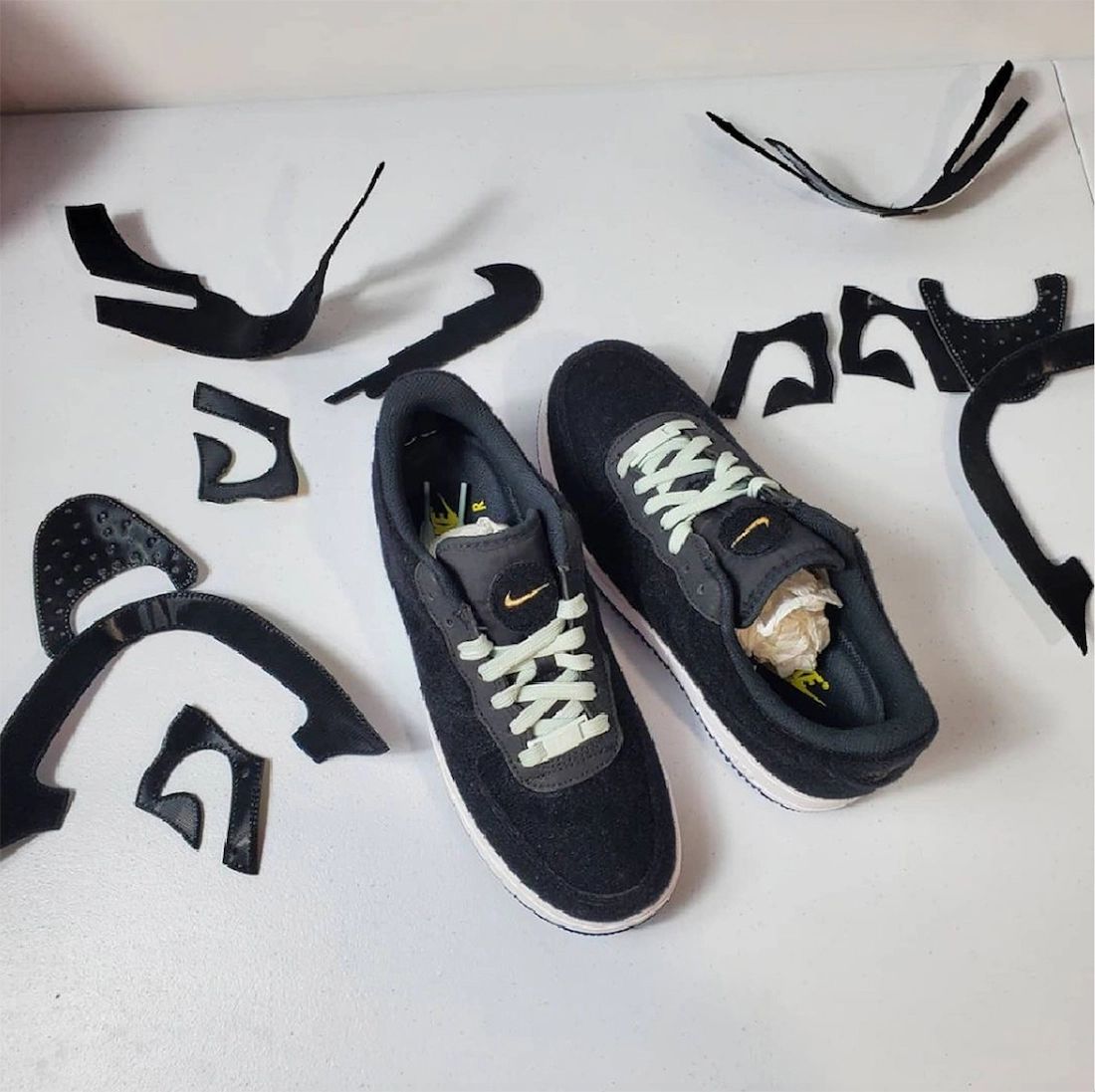