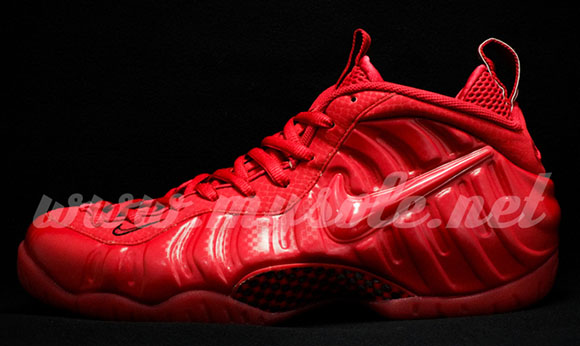 Whoever started the rumor that Nike was done releasing red themed sneakers was very wrong since we have seen a ton still coming in 2015. One model that people are calling the ‘Red October’s’ should be coming in April, the Nike Air Foamposite Pro.

We really hate calling them the Red October’s, so for now we opted for a more traditional nickname, Gym Red. We won’t deny they look close to the Yeezy’s, but it seems like every sneaker we a predominate red theme gets the nickname.

The uppers are dressed in a glossy gym red and around the eyelets and heel is a very faint reptilian print. The only other color used is black which is seen within the carbon fiber.

For now we expect the Gym Red Nike Air Foamposite Pro to release in April 2015. 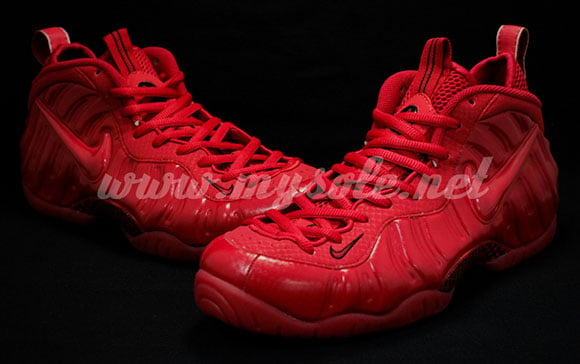 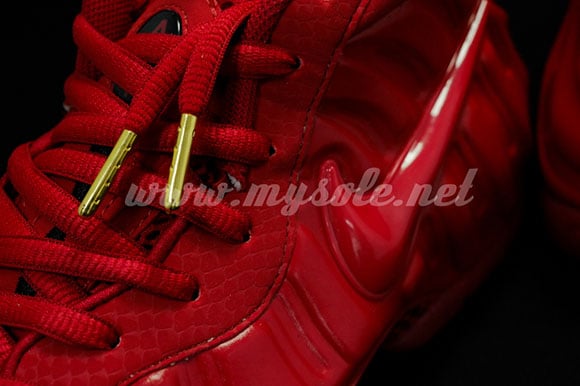 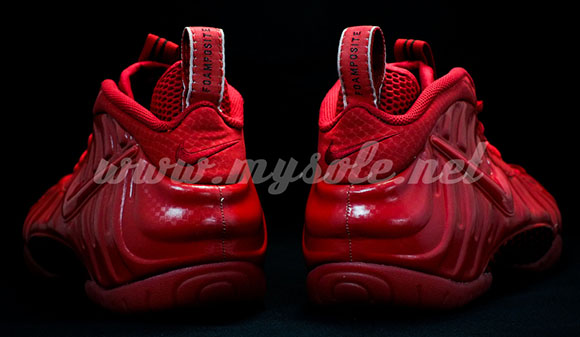 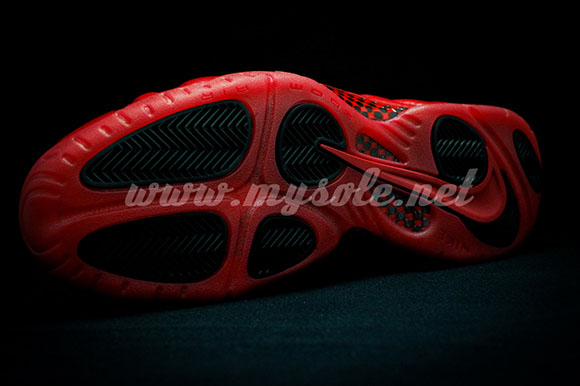