First seen just a few days ago, we now have another pic of the upcoming Holiday 2012 retro releases of the Air Flight One.

Following up the “Orlando” and NRG releases for the 2012 NBA All-Star Game, the kicks will also be returning later this year in the OG black and white colorway alongside a new white/royal-grey look. Also seen on the far left in the pic is the upcoming Air Penny V.

Checkout the pic and stay tuned for more info and images of the upcoming Penny releases. 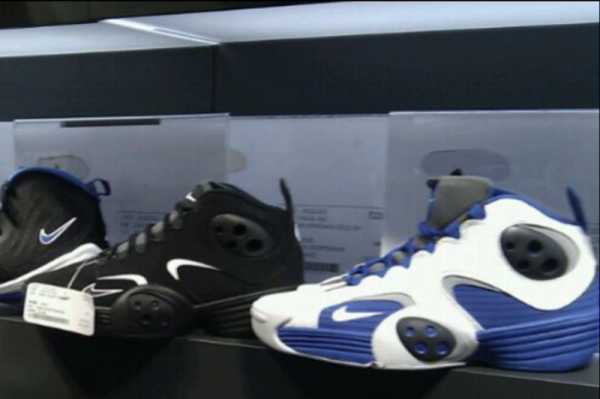