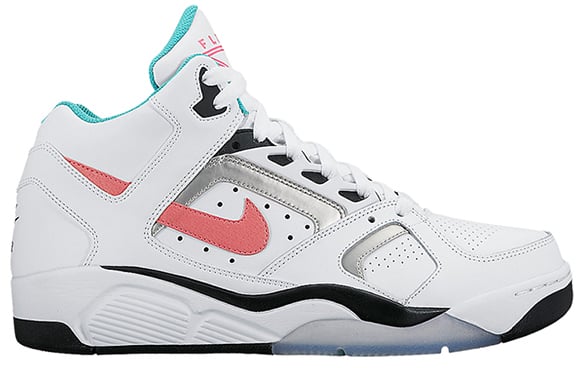 Nike isn’t done with the South Beach theme. When they first released the LeBron 8 SB, many shoes would follow but one thing is for sure, they have slowed down on the releases. Now the brand will release the Air Flight Lite Low inspired by the Miami night scene.

While the Nike Air Flight Lite Low doesn’t scream ‘South Beach’, it does feature pink pow and light retro (teal) accents that will have every sneakerhead automatically thinking LeBron and Miami. Also joining the party is a white leather base, metallic silver hints, black landing on the eyelets, midsole and sole while just a bit of a translucent outsole.

The South Beach Nike Air Flight Lite Low should be releasing in the next month or so.