One of the best parts of playing basketball is the trash talking. Many of the legends done it, we tend to do it when we hit the courts it’s almost apart of nature. The Nike Air Flight Huarache which was once known as a performance sneaker that in recent years took a lifestyle approach will now drop an interesting pair of Air Flight Huarache.

The uppers use almost all black while some hints of metallic gold are seen on the tongue, heel and by the toe box. Now if you look closely Nike has placed words in graffiti that represent trash talking.

At the time of writing, overseas store Kinetics is offering the shoes, but for now a U.S. release is unknown. 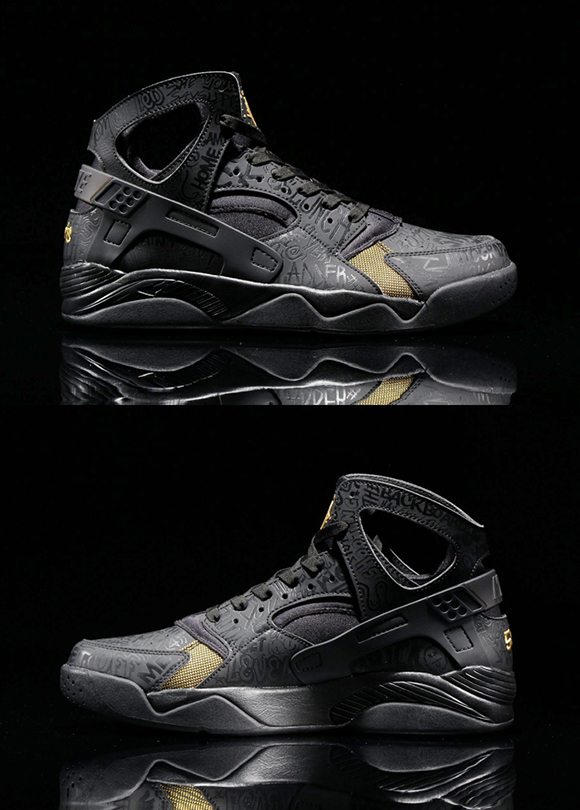 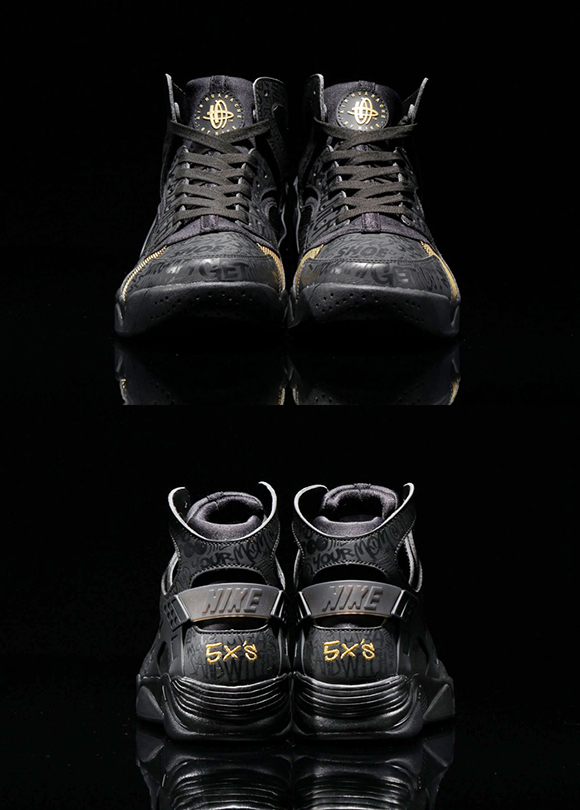