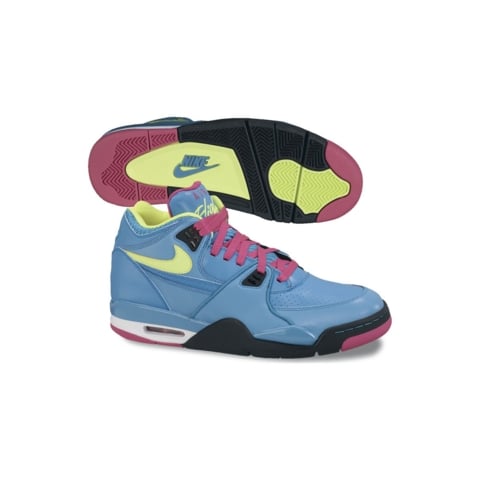 As a part of Nike Sportswear and Nike Basketball’s Fireberry Pack for the 2012 World Basketball Festival, a Dynamic Blue/Volt-Fireberry-Black colorway of the Nike Air Flight 89 is set to make its way to retailers next month.

Donning an upper of blue leather, the kicks sit atop a black and Fireberry outsole with a contrasting white midsole, Volt accents on the lining, Swoosh, outsole and “Flight” branding and additional Fireberry hits on the tongue lining, “Air” branding and laces.