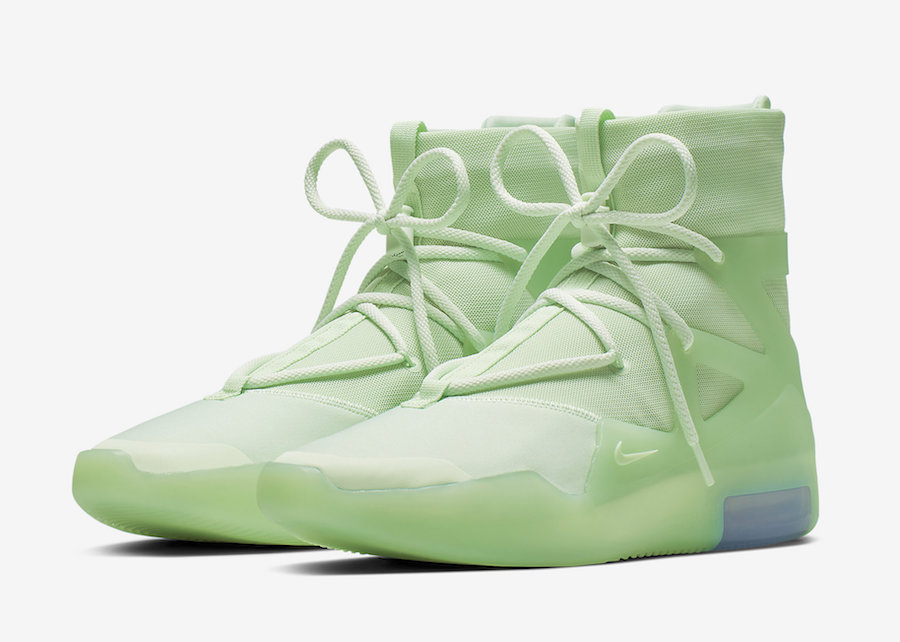 Following our look at the ‘Orange Pulse’ edition, both Jerry Lorenzo and Nike Basketball will release the ’Frosted Spruce’ Nike Air Fear of God 1 during this Summer.

Featuring Frosted Spruce throughout which is a bright shade of Green. Highlighted with breathable mesh across the upper, TPU cage which extends across the heel and a double stacked Zoom Air unit which is inspired by the Air Max 180.

Expect the Nike Air Fear of God 1 ‘Frosted Spruce’ to release at select retailers including online at Nike.com on June 1st. Retail price is set at $350. Once more information is available we will make sure to update. Continue to scroll below to check out more images which will provide you with a closer look.

Update 5/25: The Air Fear of God 1 ‘Frosted Spruce’ will release via Nike SNKRS on June 1st for $350. Below you can check out the official images. 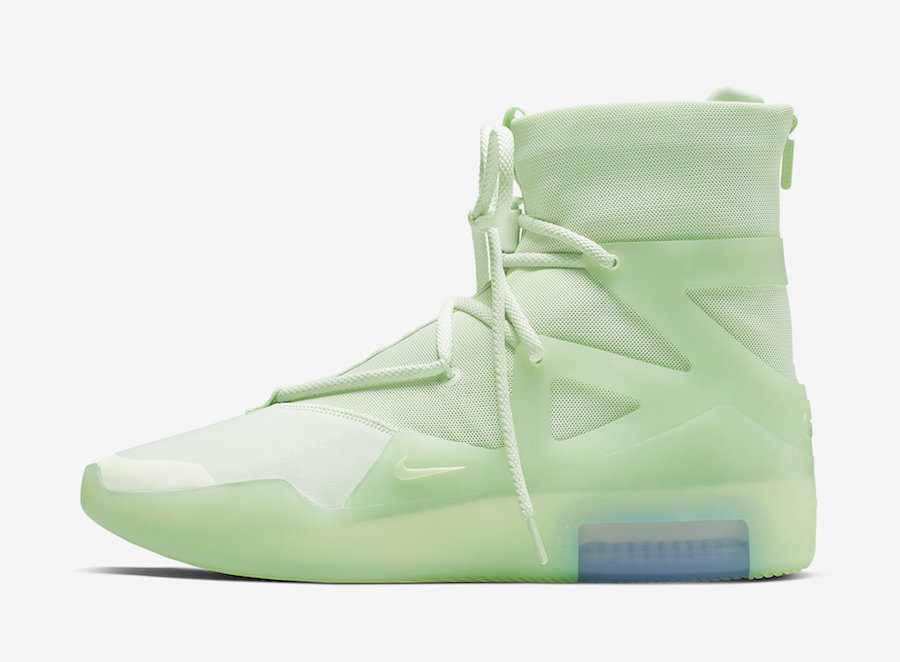 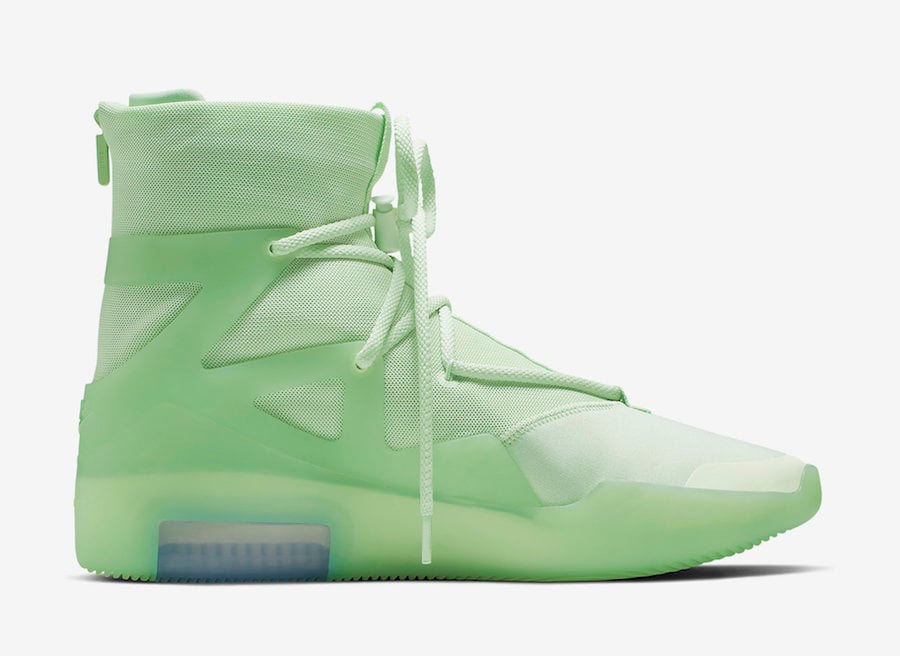 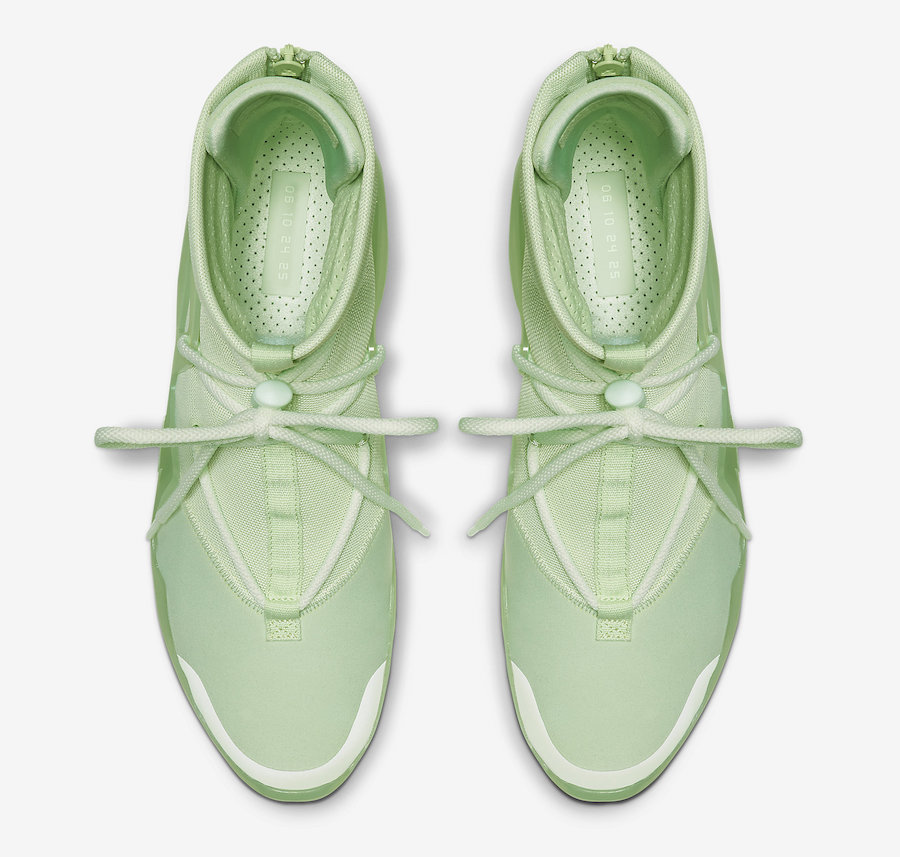 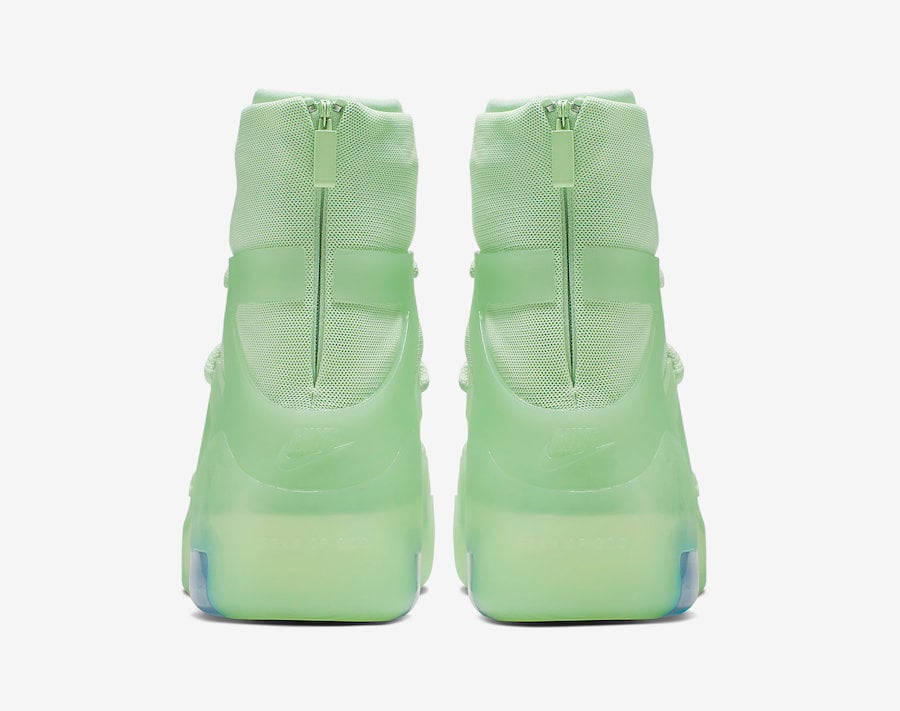 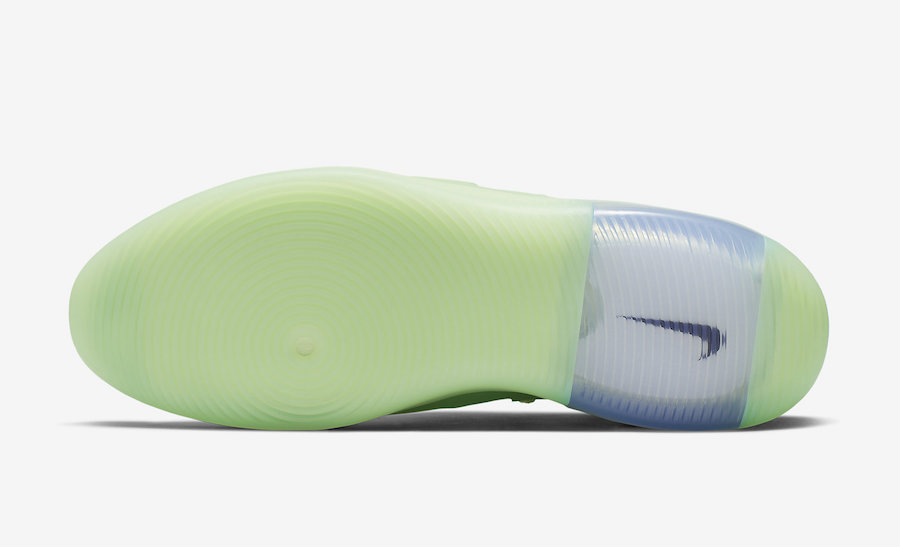 Update 5/23: The ‘Frosted Spruce’ Nike Air Fear of God 1 will release on June 1st at Foot Locker. Locations to have them includes New York City on 34th Street flagship store and House of Hoops Harlem. More retailers and information will be available soon. Below you can check out a new photo via FrankNittyY. 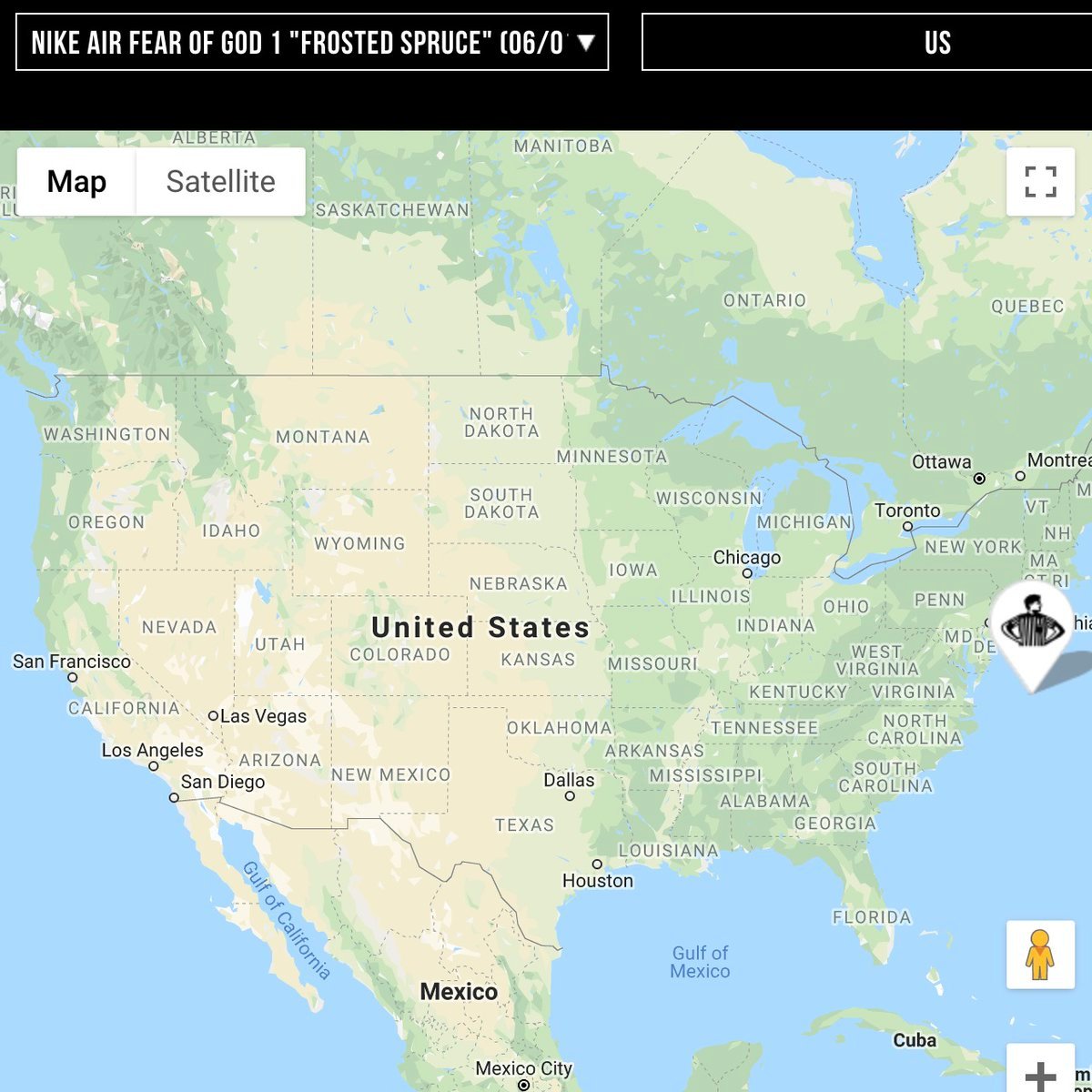 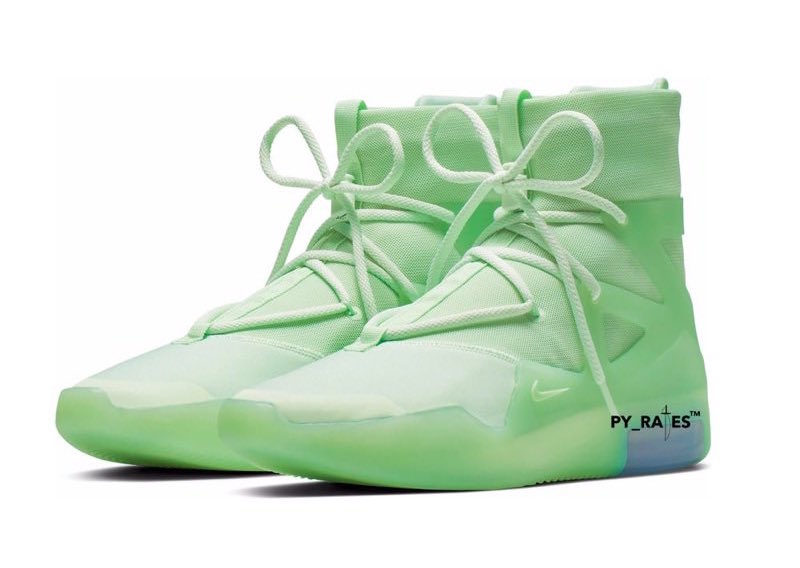 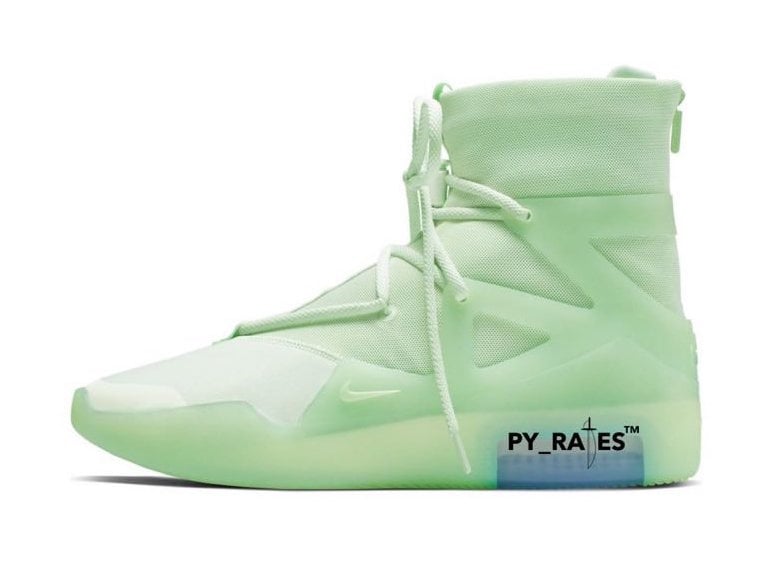 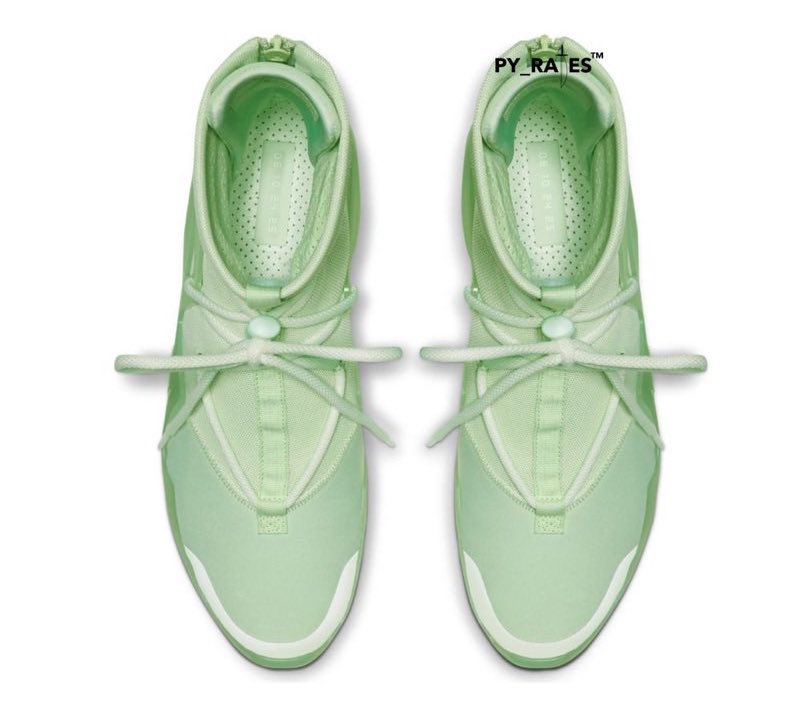 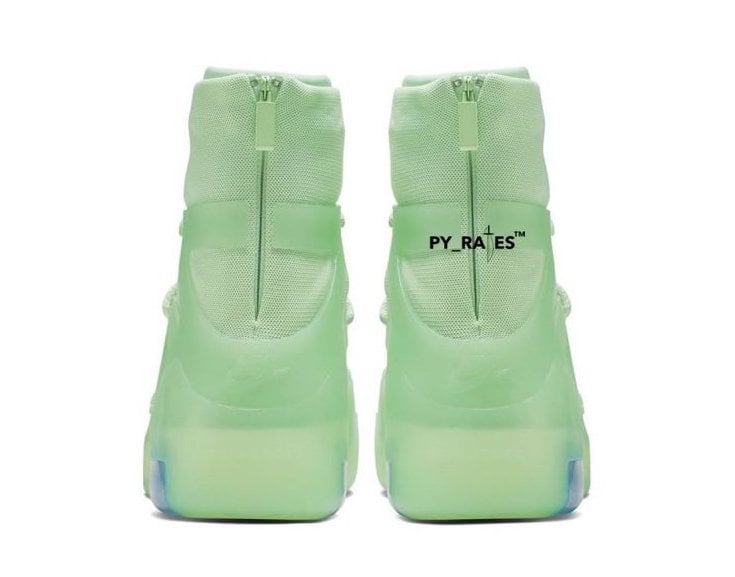