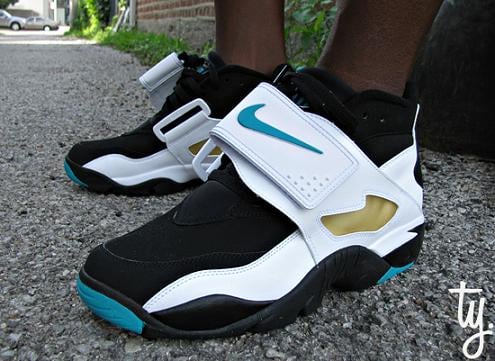 Nike has been bringing out a ton of retro models lately. Most of these, if not all, are from the 90’s era. This is a true testament to the fact that during the late 80’s through the 90’s we had the best run of sneakers being released with hardly any ‘bad’ shoes being designed.

The Nike Air Diamond Turf has just released not too long ago and now we have a look at the second release from this sneaker, in another OG colorway.

These stay pretty true to the OG model with the exception of a logo here and there. Black nubuck on the upper, white leather wraps itself around the shoe and is greatly complimented with teal accents.

Who is planning on picking these up? 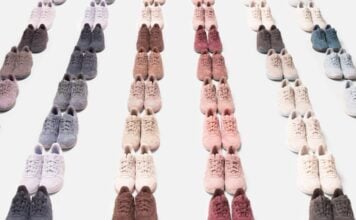