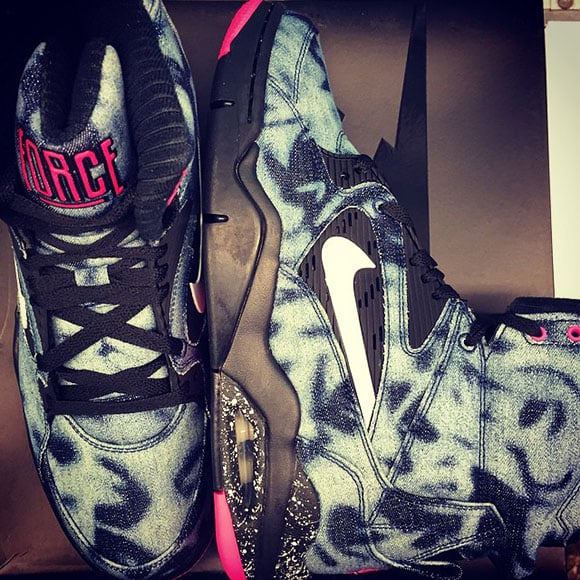 The Nike Air Command Force originally released in 1991, during that time bright t-shirts and fanny packs were still in as well as acid washed jeans. Nike will revisit the 90s with the Command Force and a washed denim look.

As you can see, the Nike Air Command Force uses an acid washed upper, a somewhat odd look for the shoes but understanding why they did it. Hints of pink are used on the the toe cap, tongue, eyelets and heel while parts of the midsole feature black with white paint splatter.

No release date yet or confirmation that the Washed Denim Air Command Force will release but stayed tuned.